I’ve been in this town long enough to know about all of the great local places to find sweet treats, and I enjoy sharing my finds with pretty much anyone remotely interested. Consequently sometimes people assume that my delight in local means that I must also have a disdain for chains. Not true; well, not entirely true. I respect quality, and while I do try to help support local businesses, if it’s after hours or a day that there shop is closed? You better believe my chubby butt isn’t going to let that get in my way.

Recently, a new chain called Nothing Bundt Cakes opened up near a couple of the restaurants Andy and I frequent. Unfortunately for Andy, I found out it was open while I was out a dinner with a friend, and she and I hit it up before parting ways. Don’t feel too bad for him, though; I, of course, softened the blow of my betrayal by bringing him a mini cinnamon bundt. 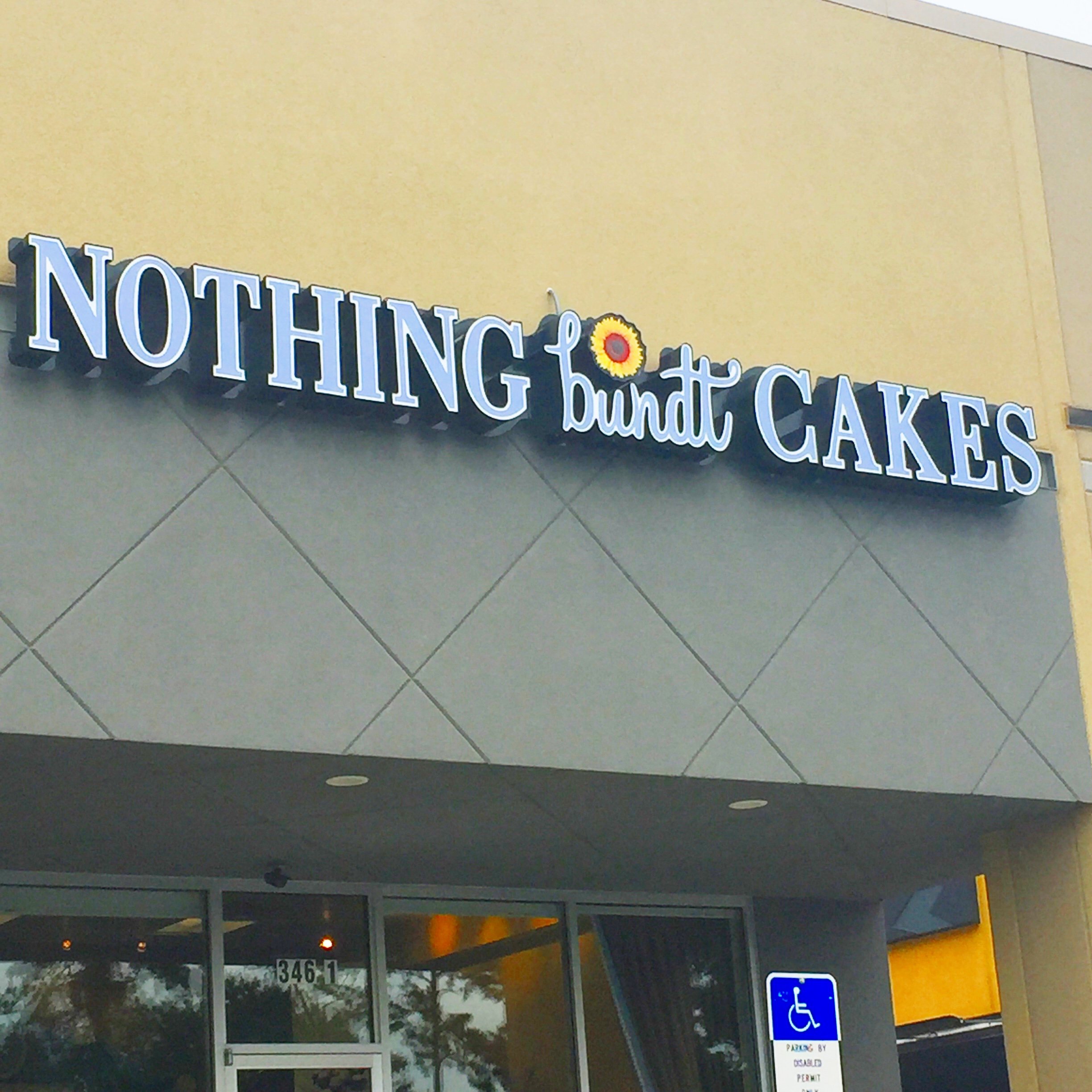 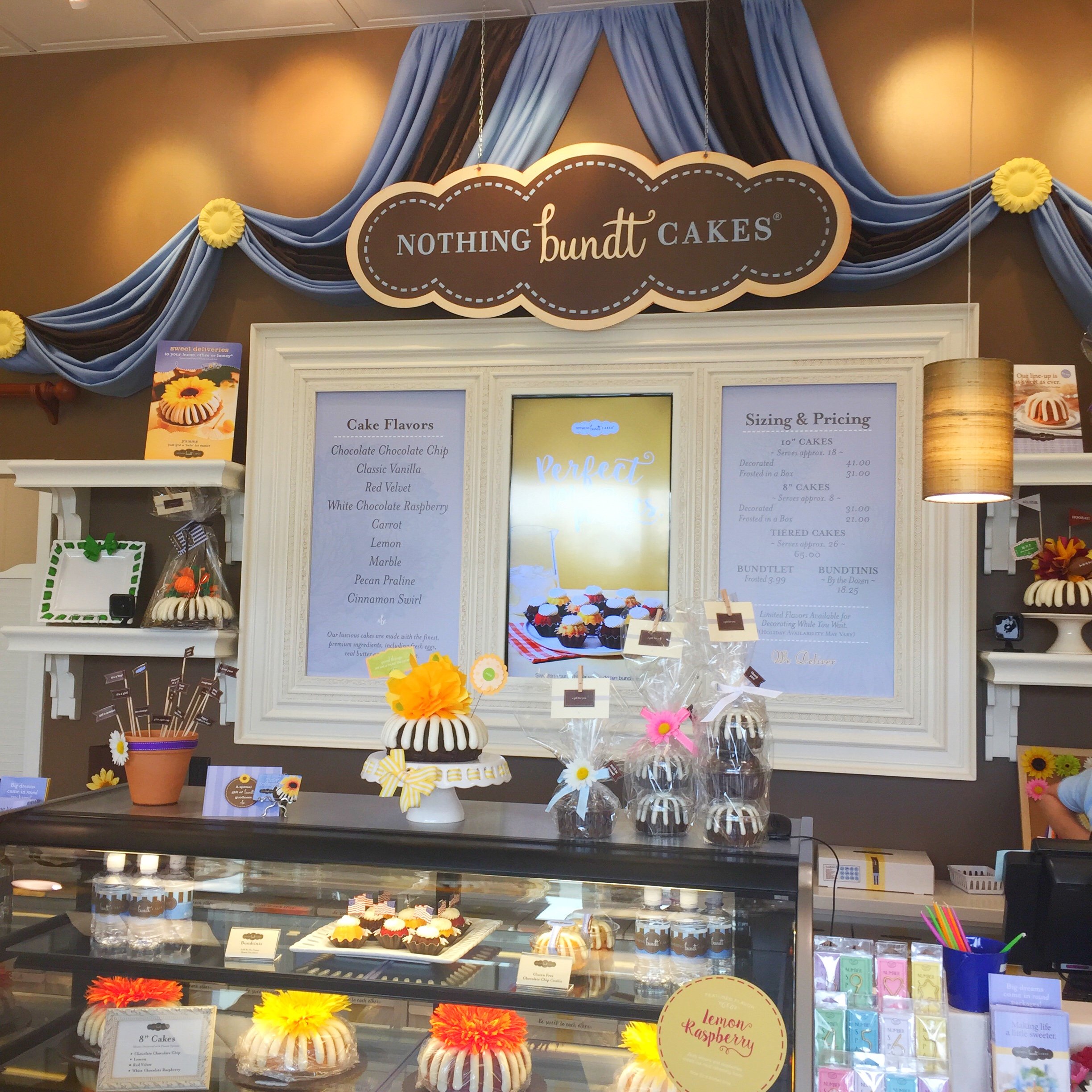 This shop is undeniably cute; I mean, it is pretty much tailor made for baby showers. They have nine different flavors of cake all topped with their signature cream cheese “frosting” and are available in a couple different sizes. 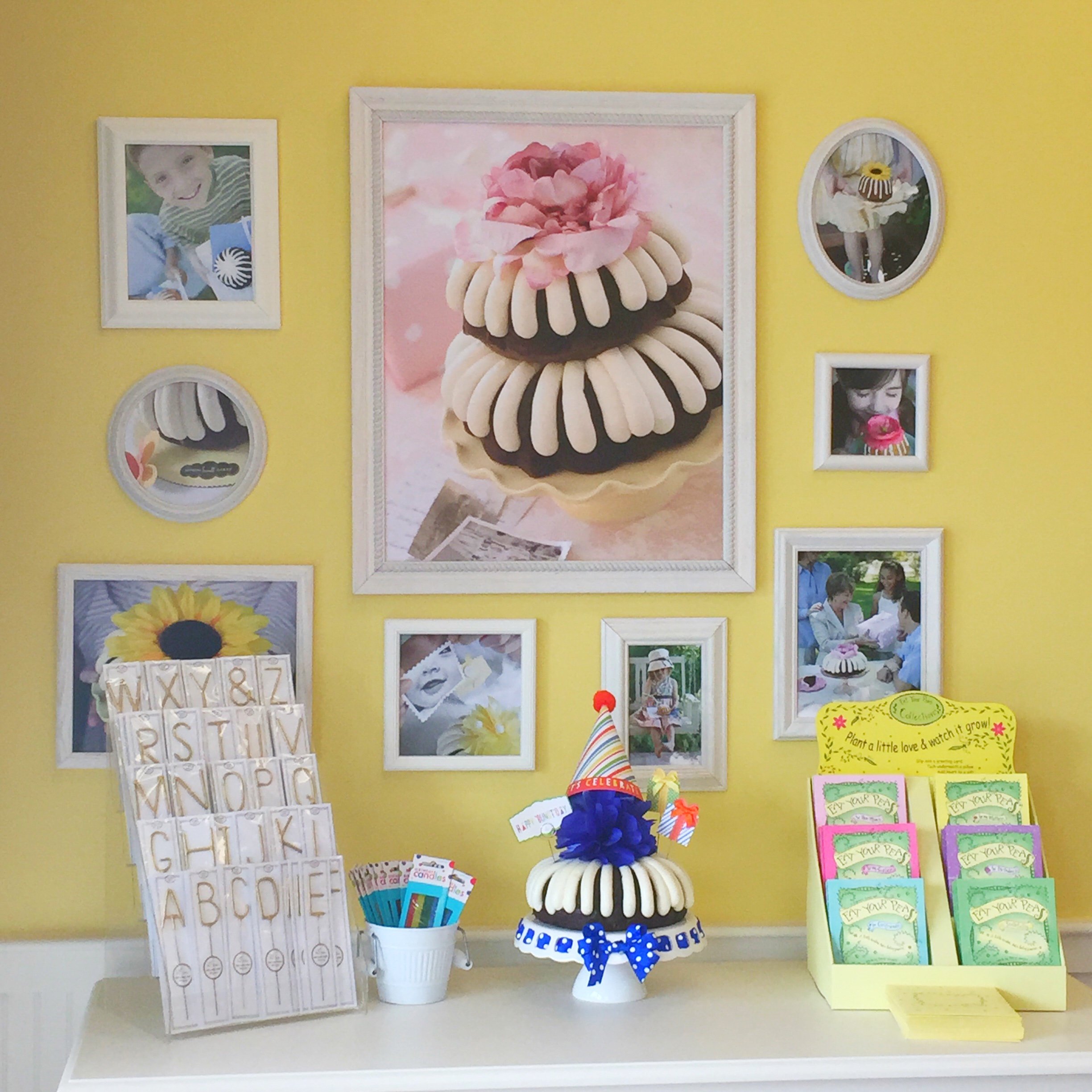 I thought it was pretty cool that they had a tiered option (see above) it was something I hadn’t really considered with bundt cakes. 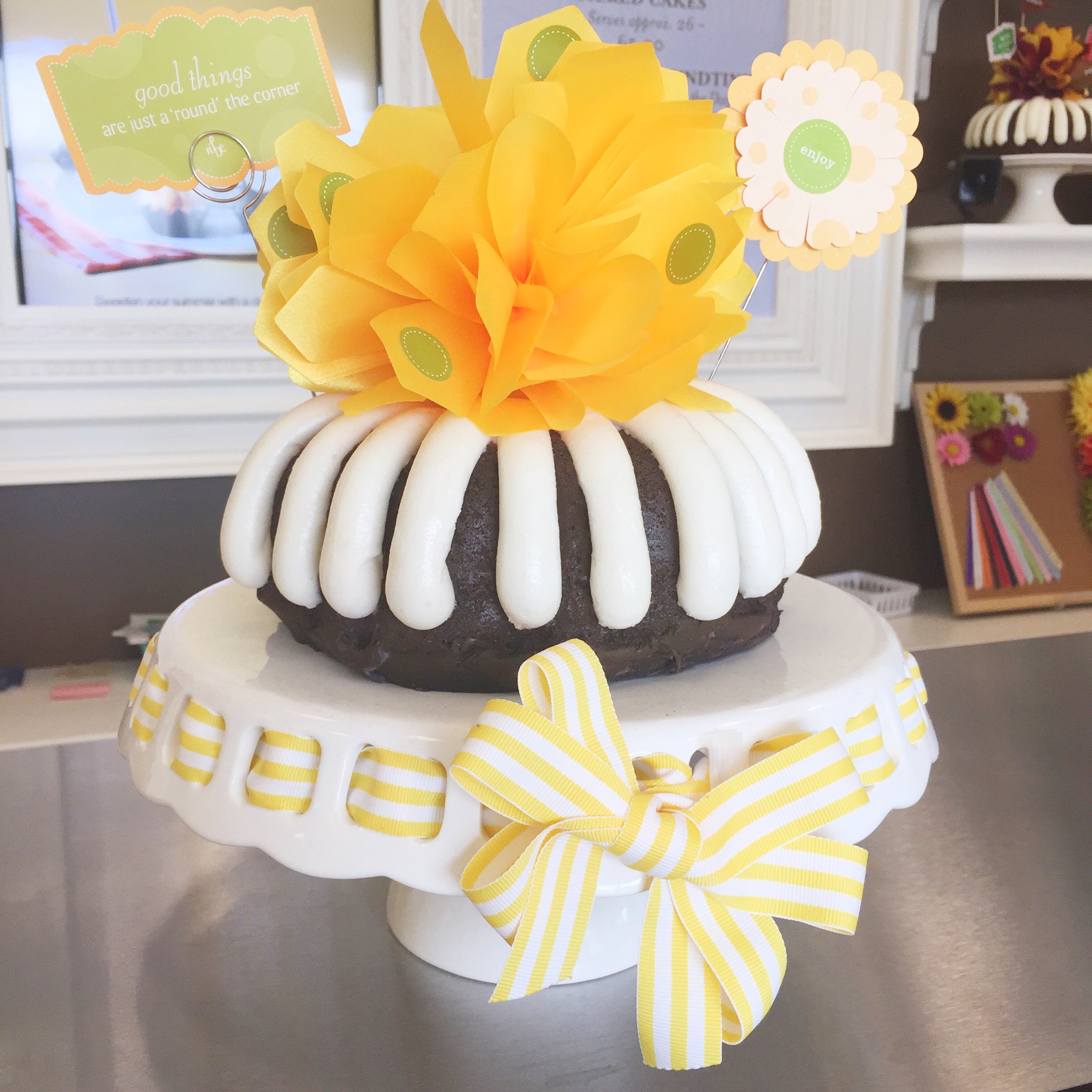 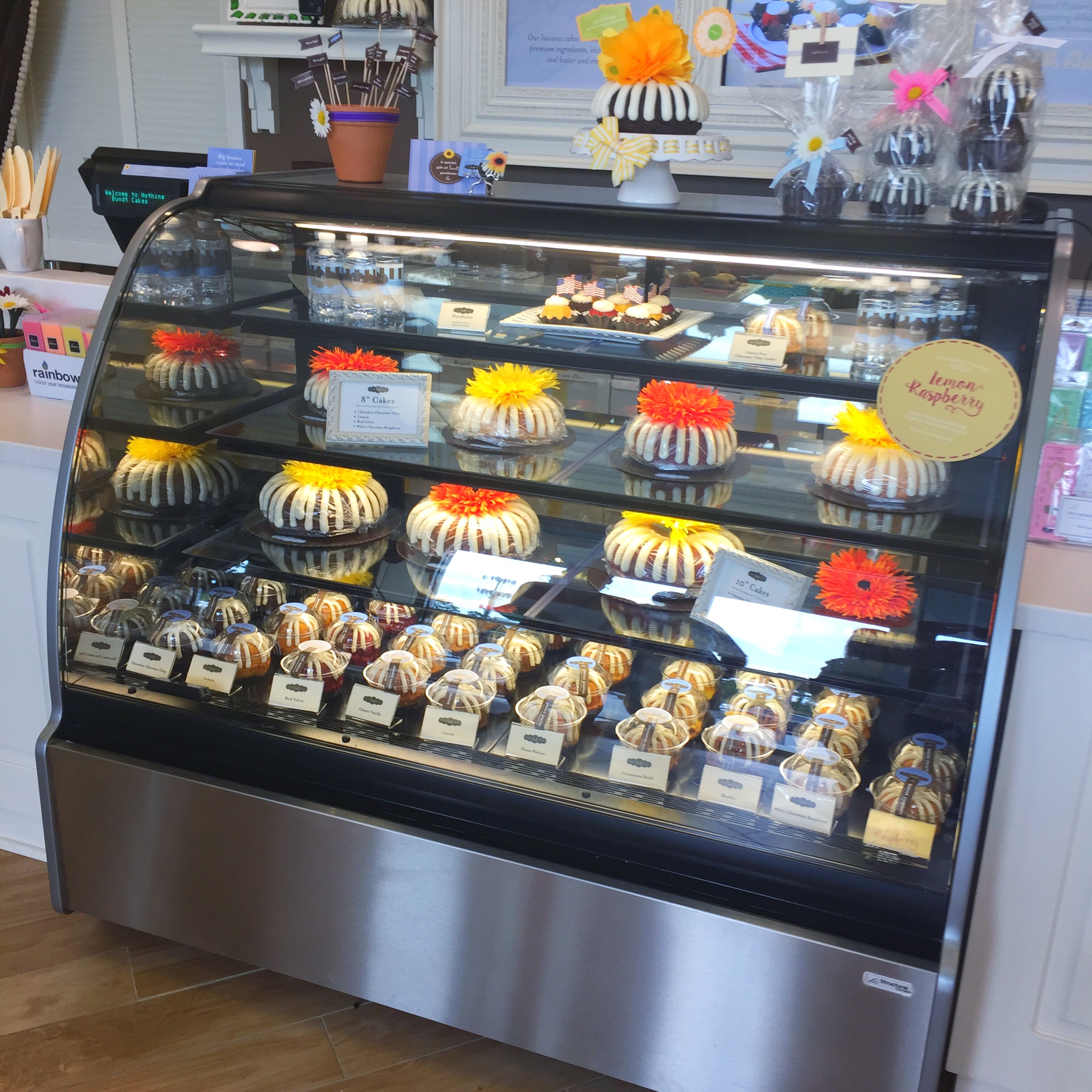 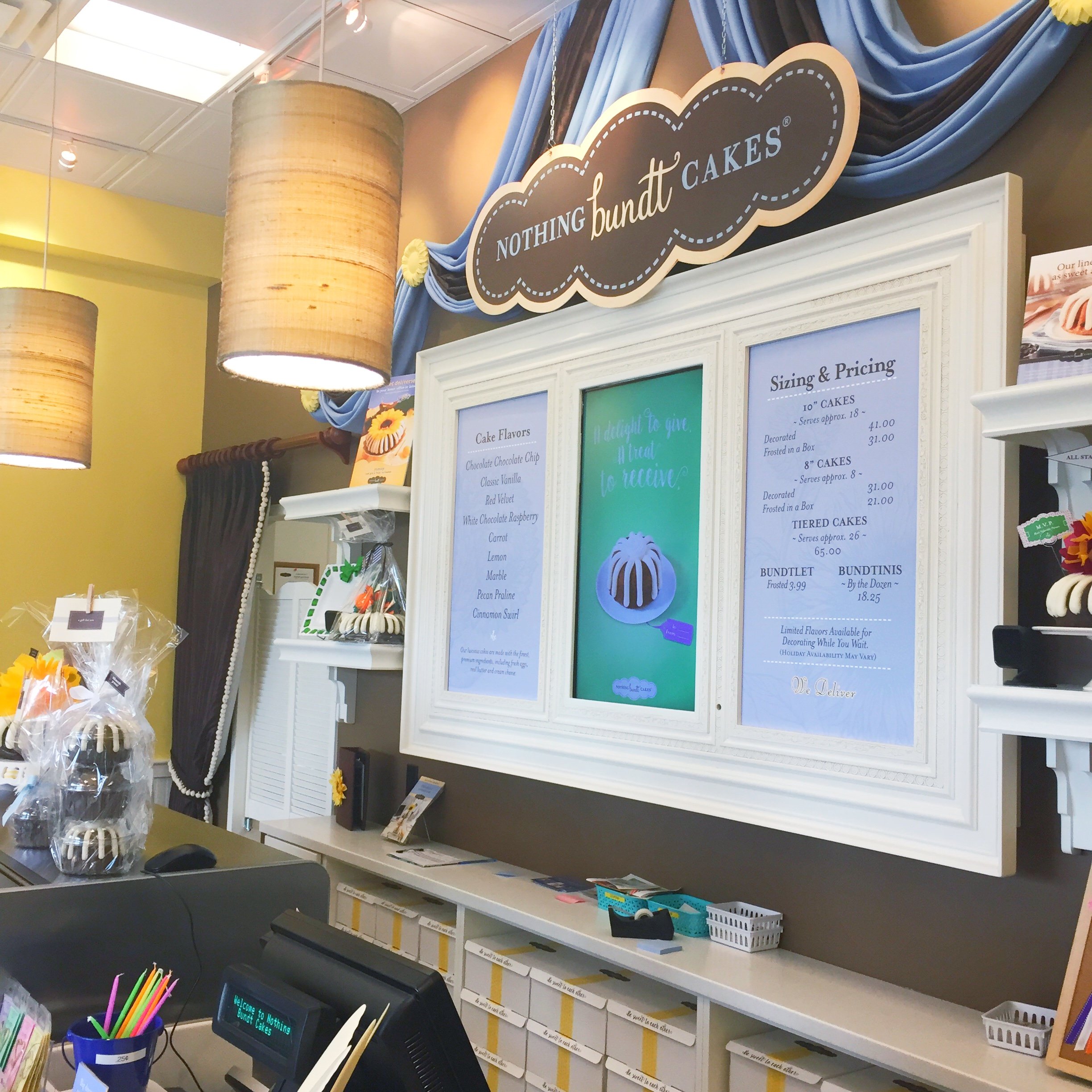 In addition to cakes, this shop also offers cute party supplies and kitchen items. I had a brief, but very real moment when I saw the Kate Spade display where I wanted to just throw my credit card at the cashier and buy ALL the things. Things I don’t even need, but I love Kate Spade so much and those lemons were just like  this gorgeous pair of wedges she had last year (which legit almost bought). Ultimately, I decided I wouldn’t get a lot of use out of lemon print wedges; stupid practicality, stupid. 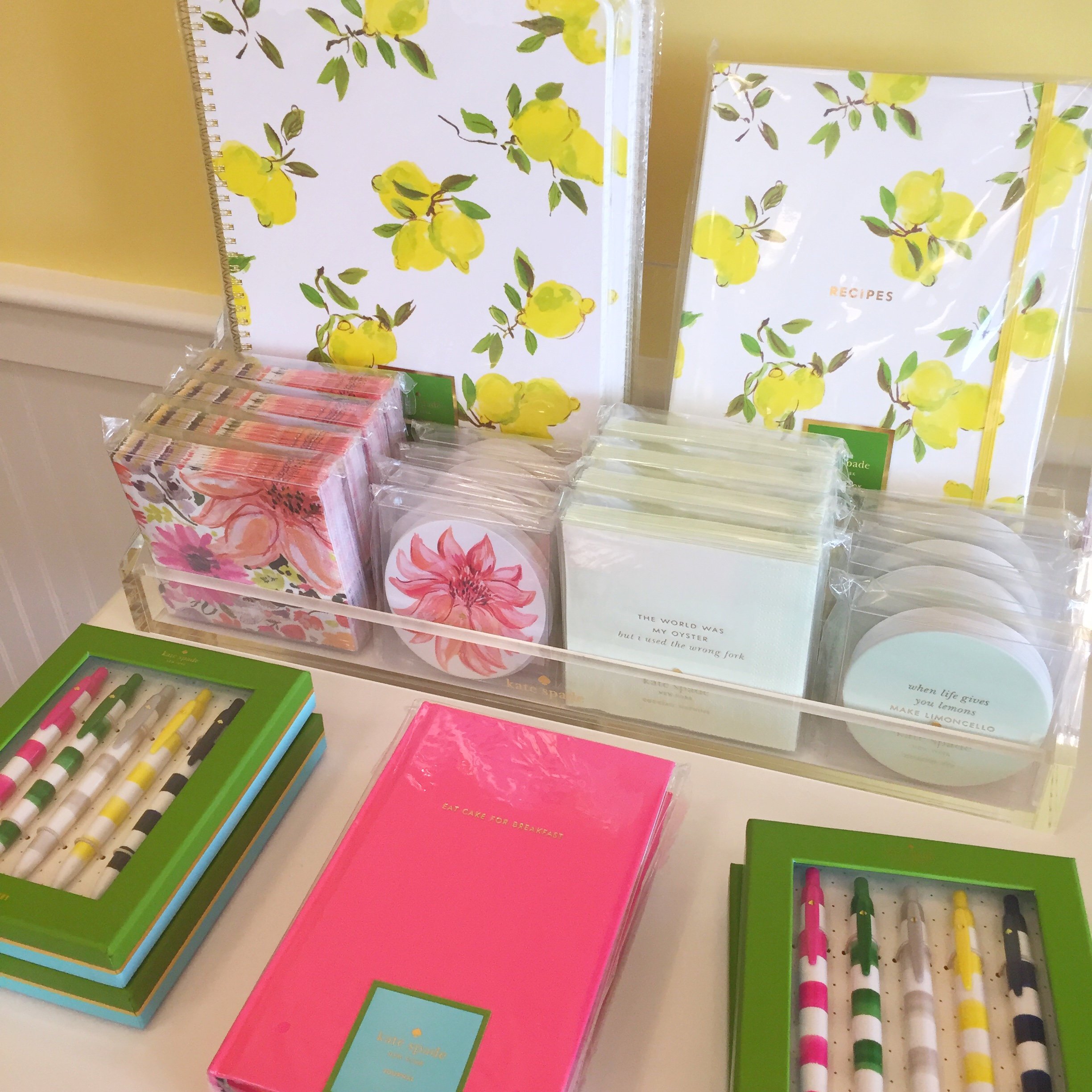 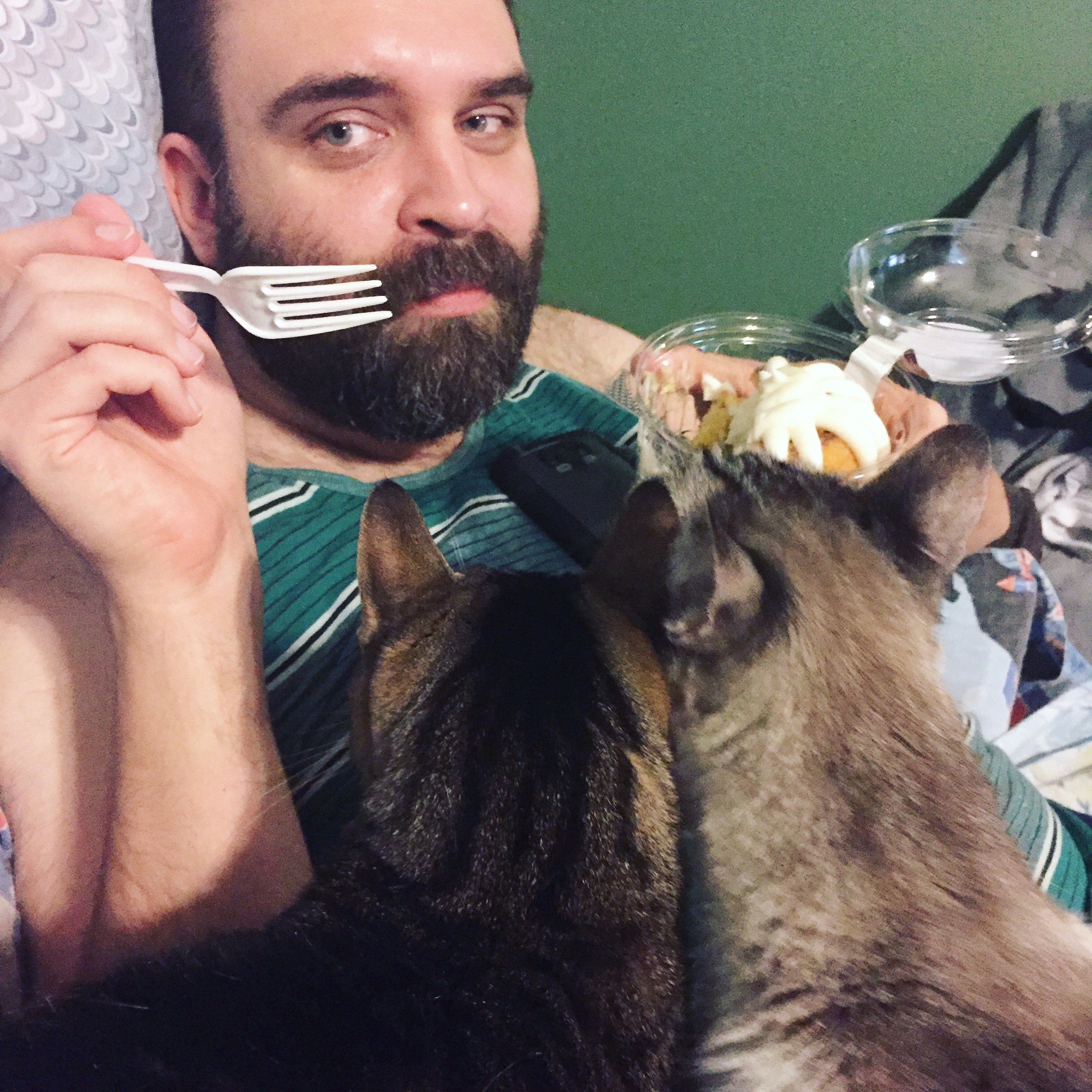 Yes, my husband is in a tank top. It pains me, but he was on the tail end of a skin allergy flare and was doing his best to keep cool. This did not keep me from mocking him, though. I also gave him his bundt cake first, so the cats would swarm him and I could eat in peace. 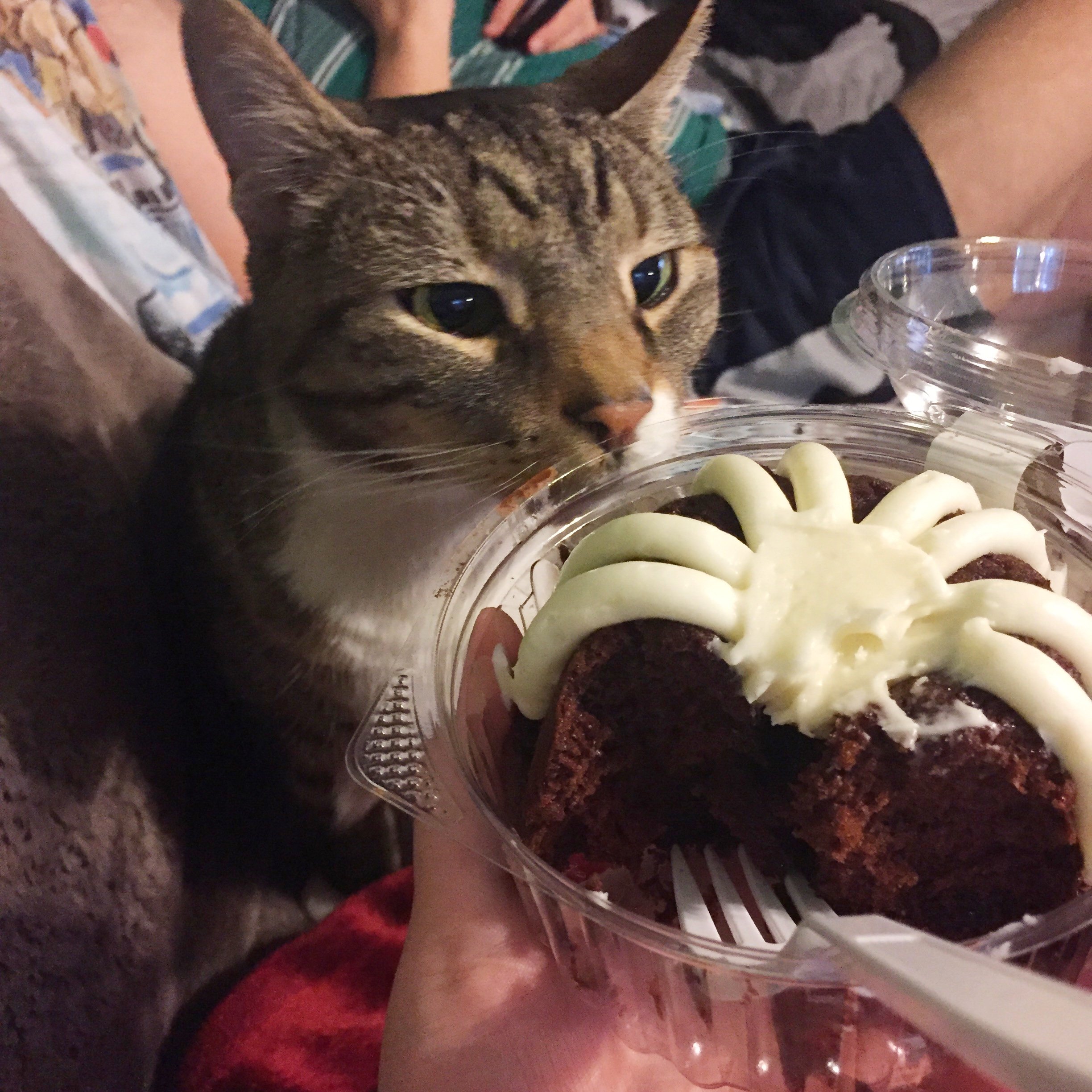 Not entirely effective as you can see. Stanley figured out my game and might have gotten the teeniest bit of frosting from mommy. He ended up with most of it on his nose which led to me having to chase him down and wipe it off. I live a charmed life.

If you’re interested, three flavors have been tried so far; the double chocolate, cinnamon and pecan bundt cakes all get a big thumbs up from us. Be prepared though; it took me two sittings to make it through mine, those things are rich!