With a month to spare, I have finally completed #3 on my 31 before 32 and made the last of the 12 recipes from my Sweet & Vicious cookbook! There are so many great recipes I still can’t wait to try out, but I am happy to have the ones I “had” to do behind me. Since I’d done a few of the main recipes and a couple of the extracts, I wanted to try something from the back of the book. The frosting area seemed as good as any so I decided to tackle Swiss Meringue Buttercream. 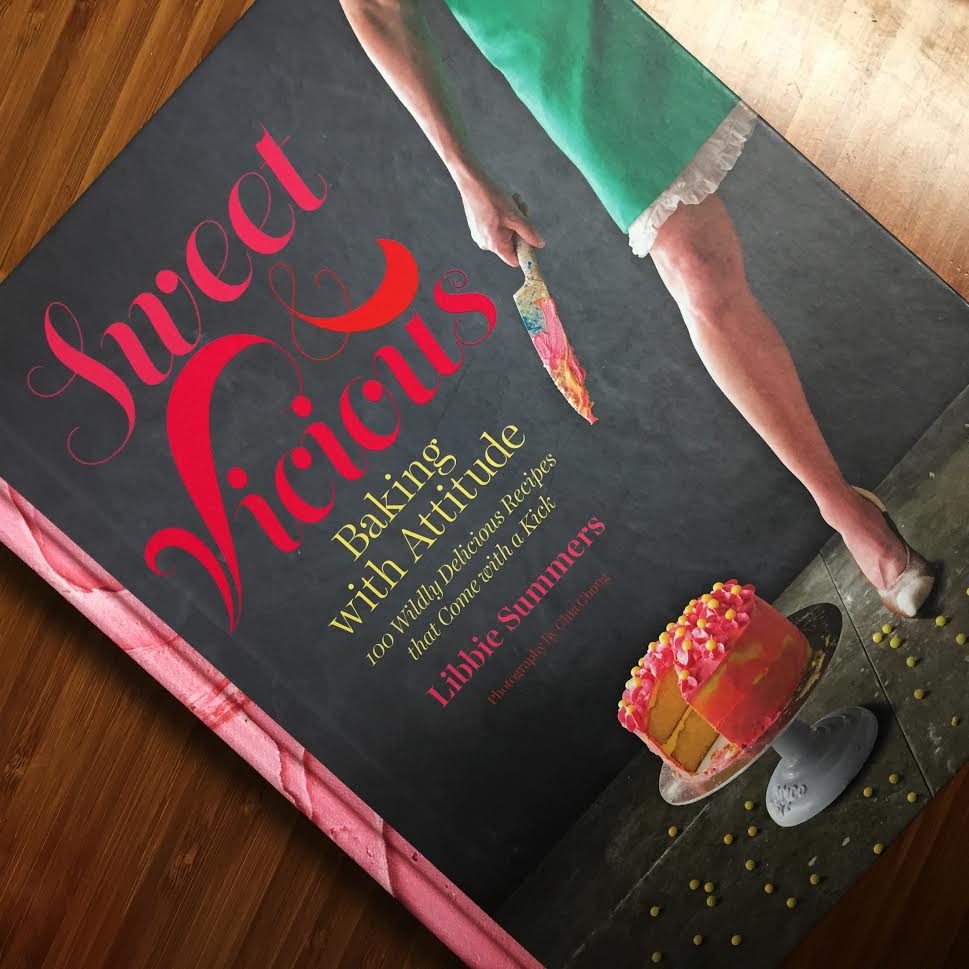 So light and wonderfully fluffy! It made for some very pretty cupcakes. 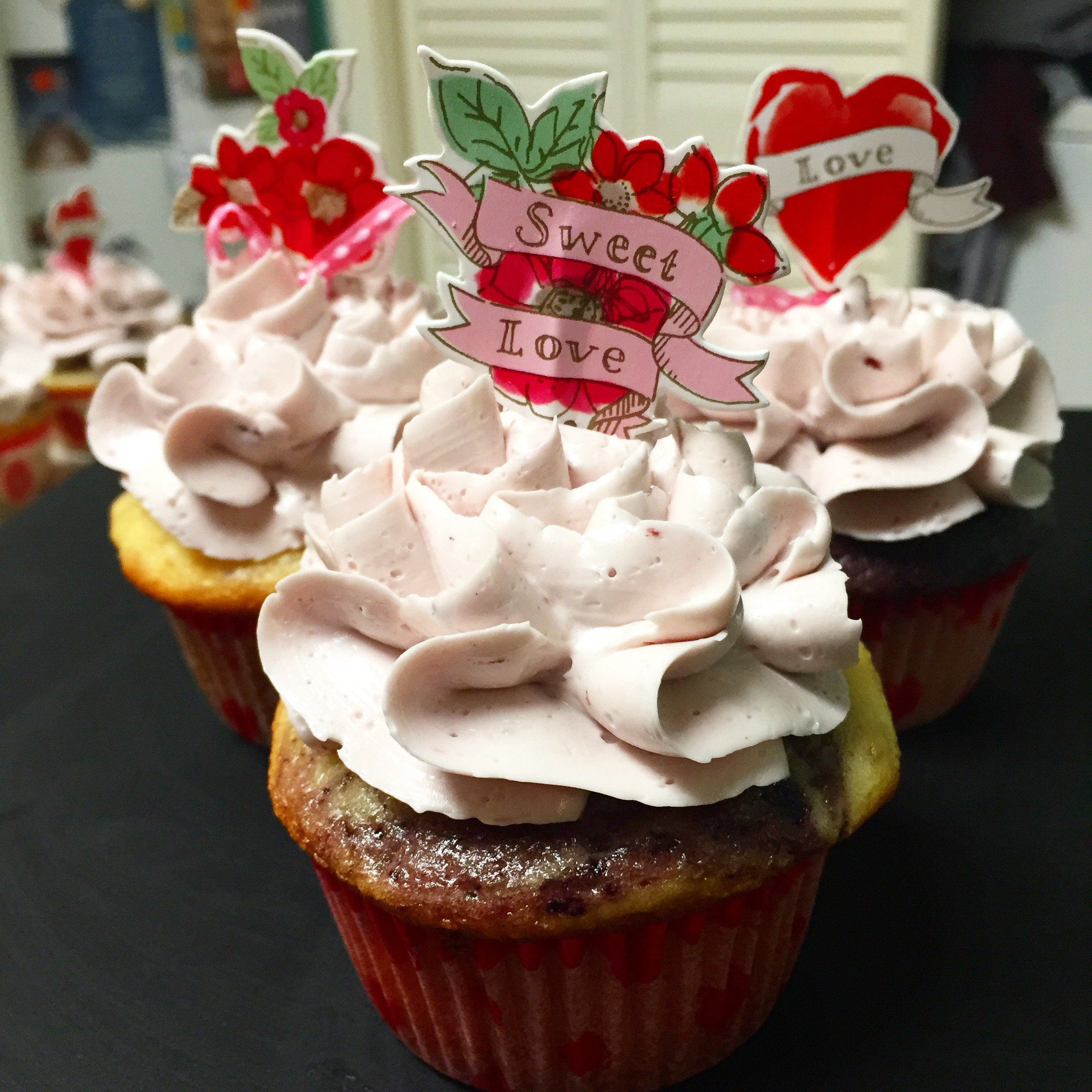 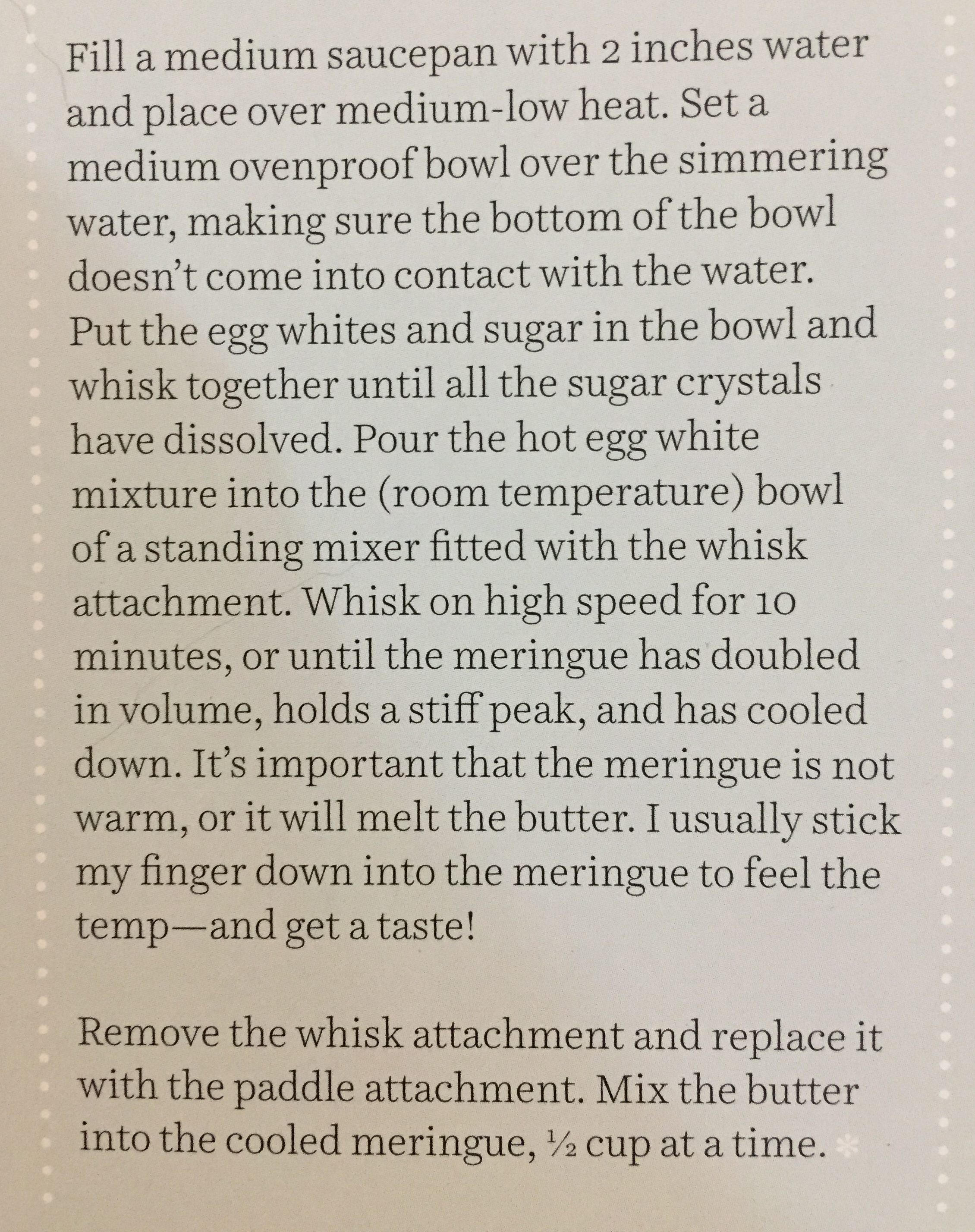 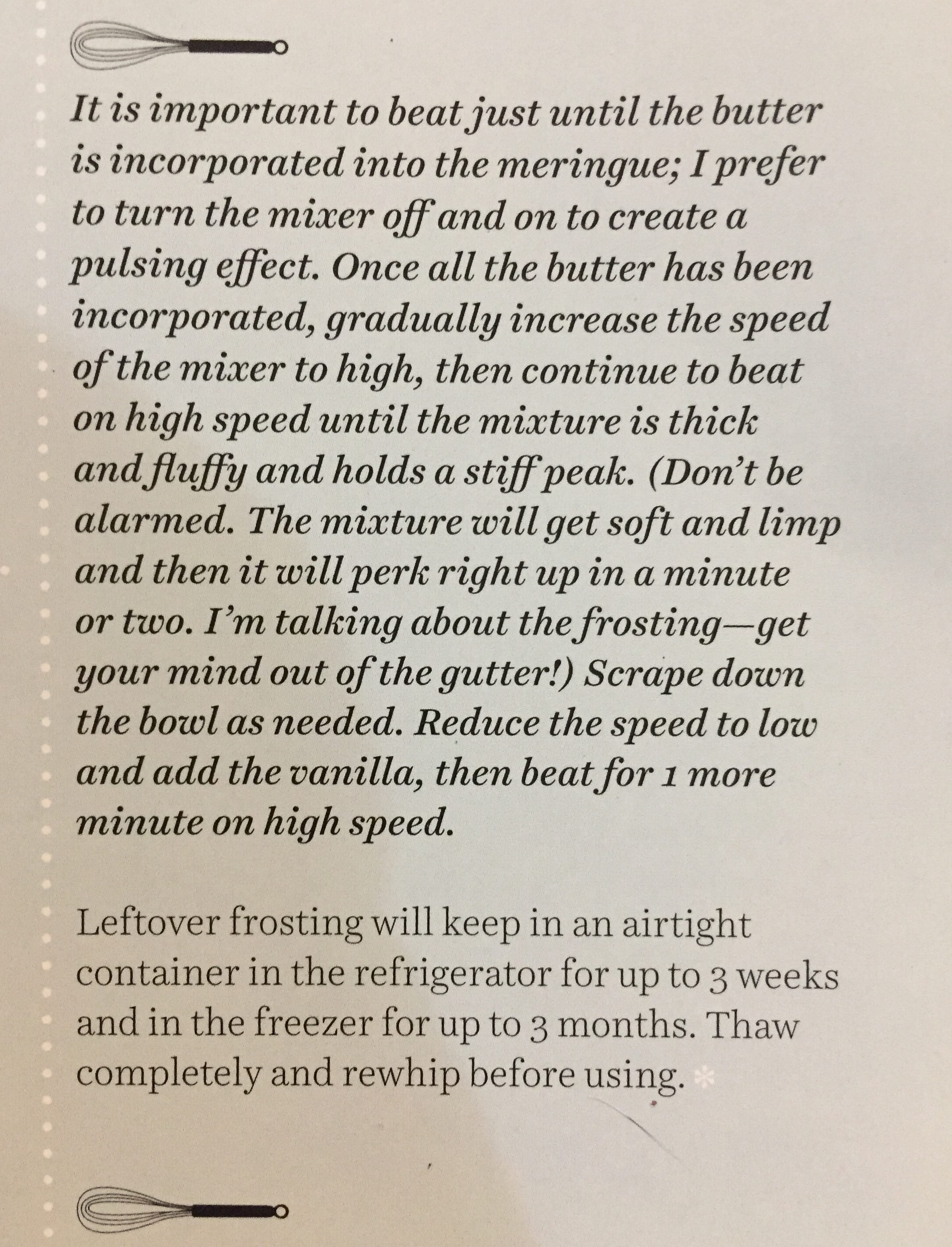 I took some pictures of the process, just so you’d have an idea of how things were going to look as you went along. I find that sort of thing helpful whenever I’m trying out a new recipe. 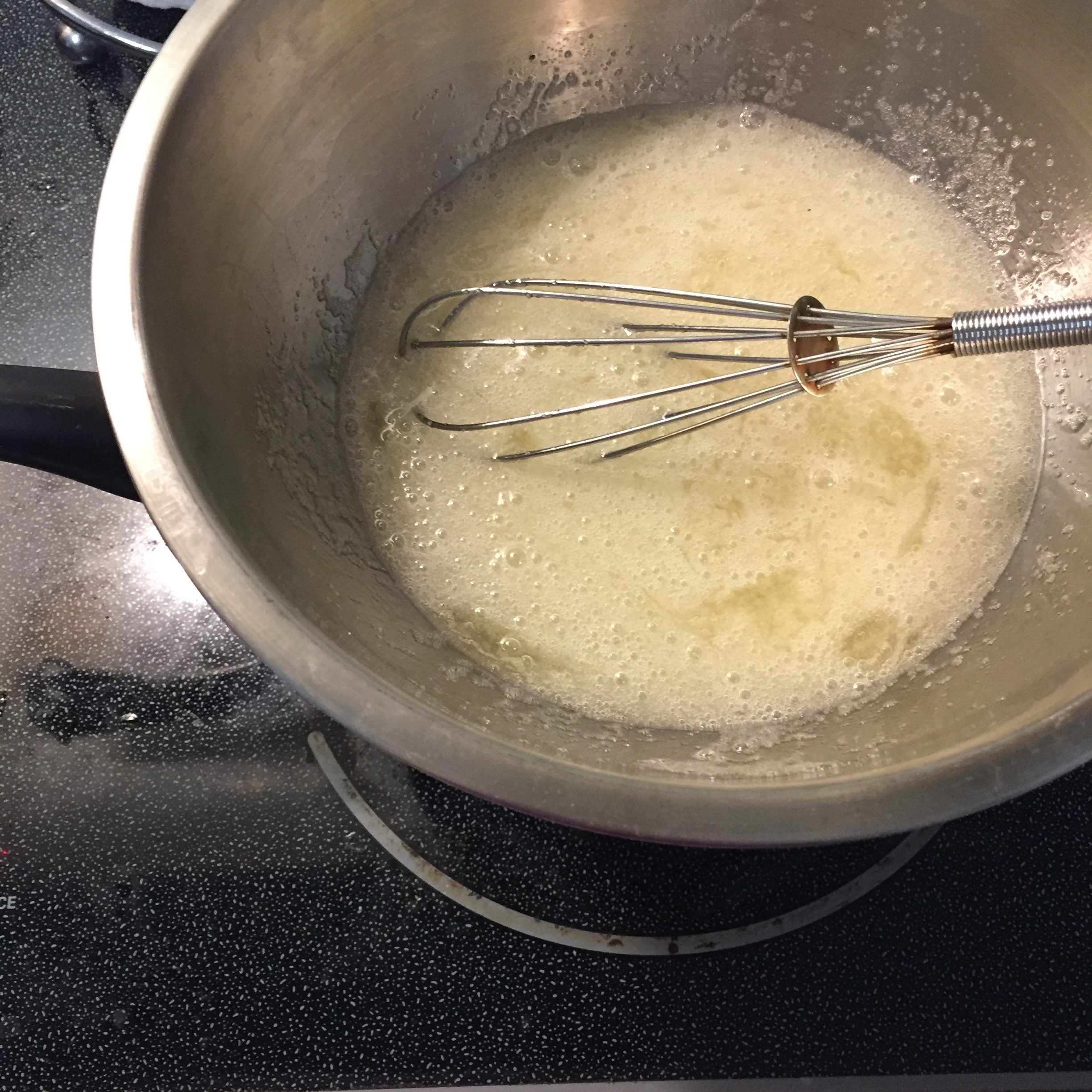 The egg white/sugar mixture when I put it on ⇑ and took it off ⇓ the double boiler. 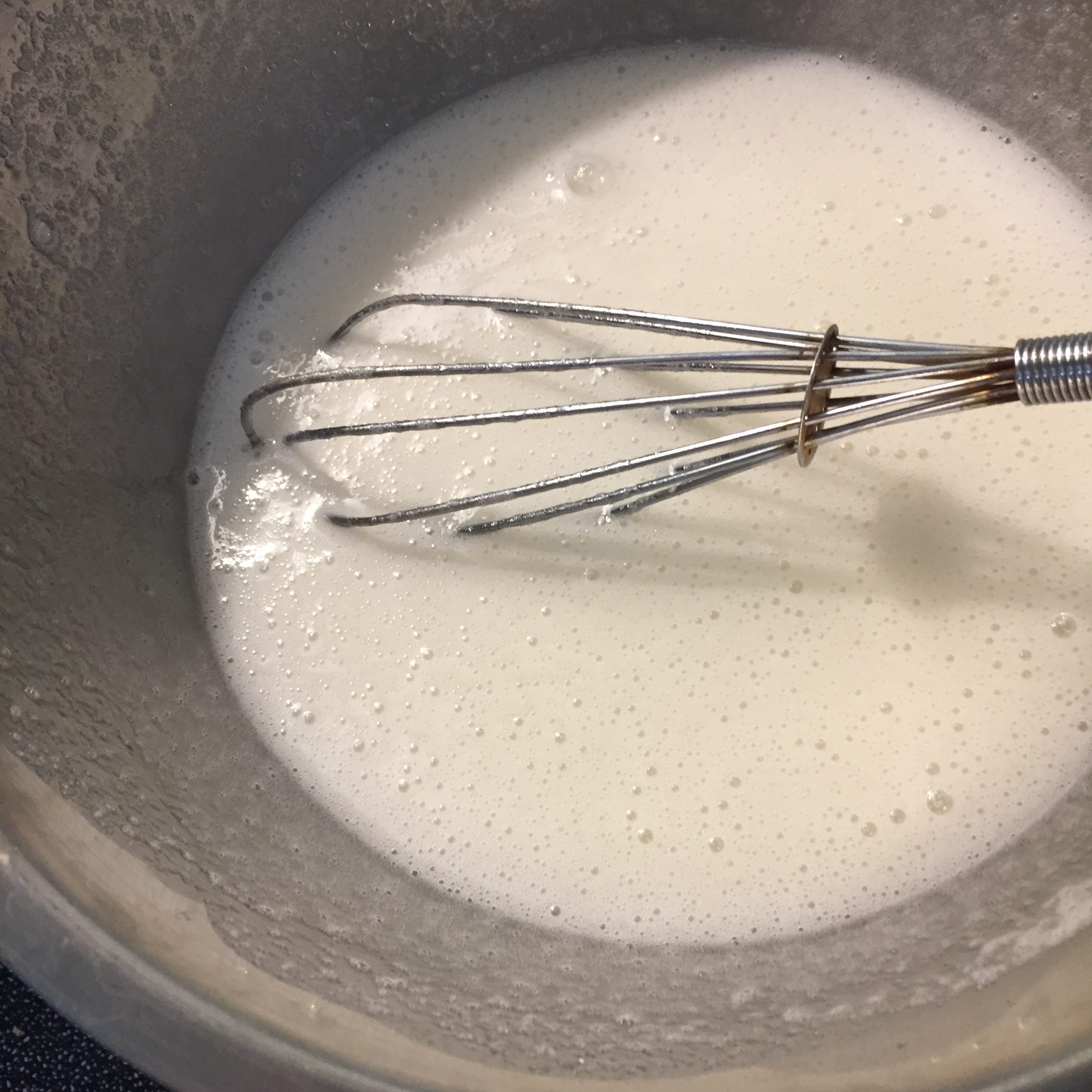 How the meringue looked when it was ready for the butter. 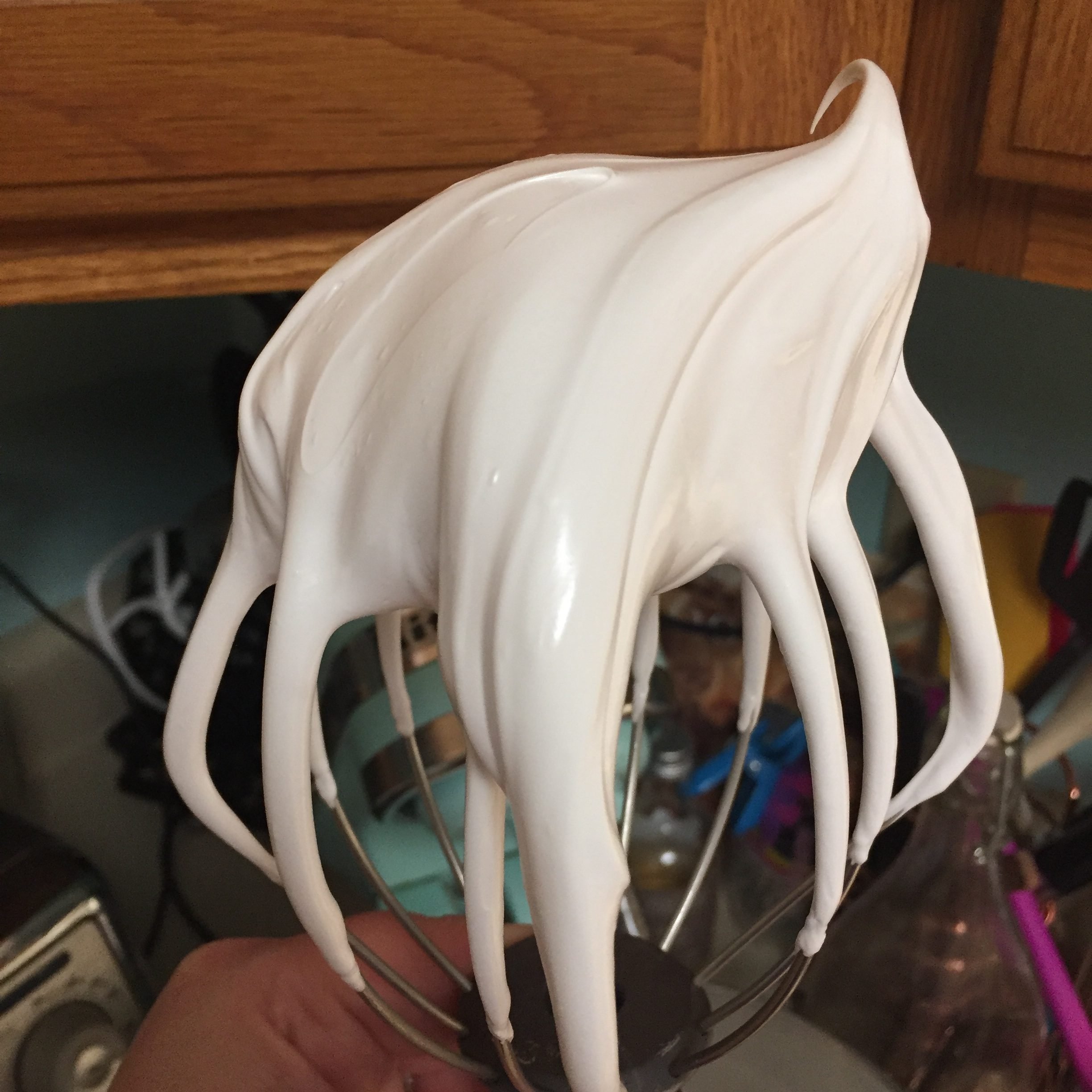 I did a thing. I found this recipe video online, and it seemed too easy to be real. I mean slow cooker baking? This sounds like a crazy Pinterest thing that you pin, but never ever make. Which it was until we had a really shitty week at the office and I knew we needed to do something to boost morale. Cake makes people happy, I’m too tired to make it at home, and it could get a blog post out of it, so… here we are. 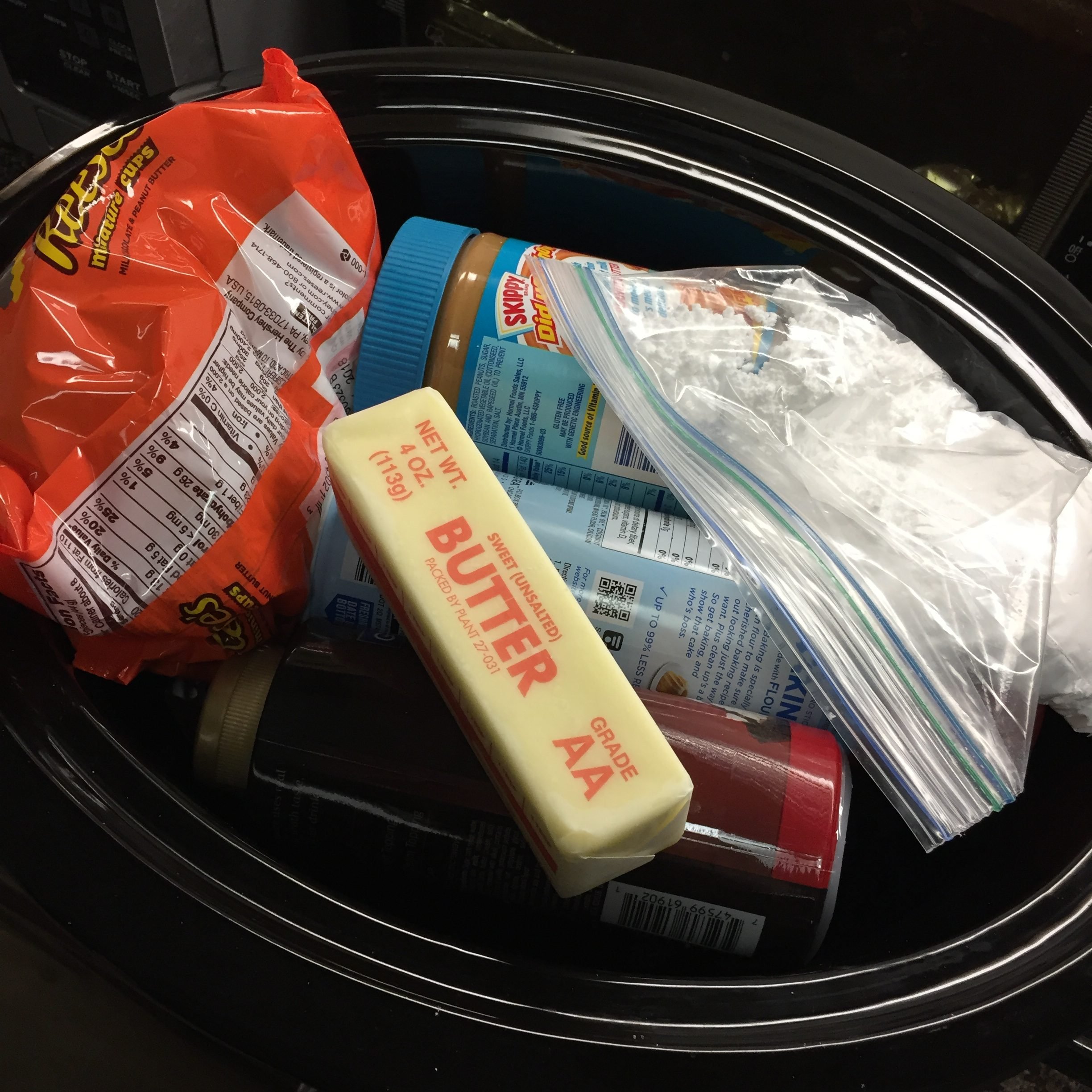 The moment when I realized that I should have brought a whisk from home. Salad tongs and spaghetti scoops for days, but not a single whisk or whisk like object to be found. So I kicked it old school and used a fork. 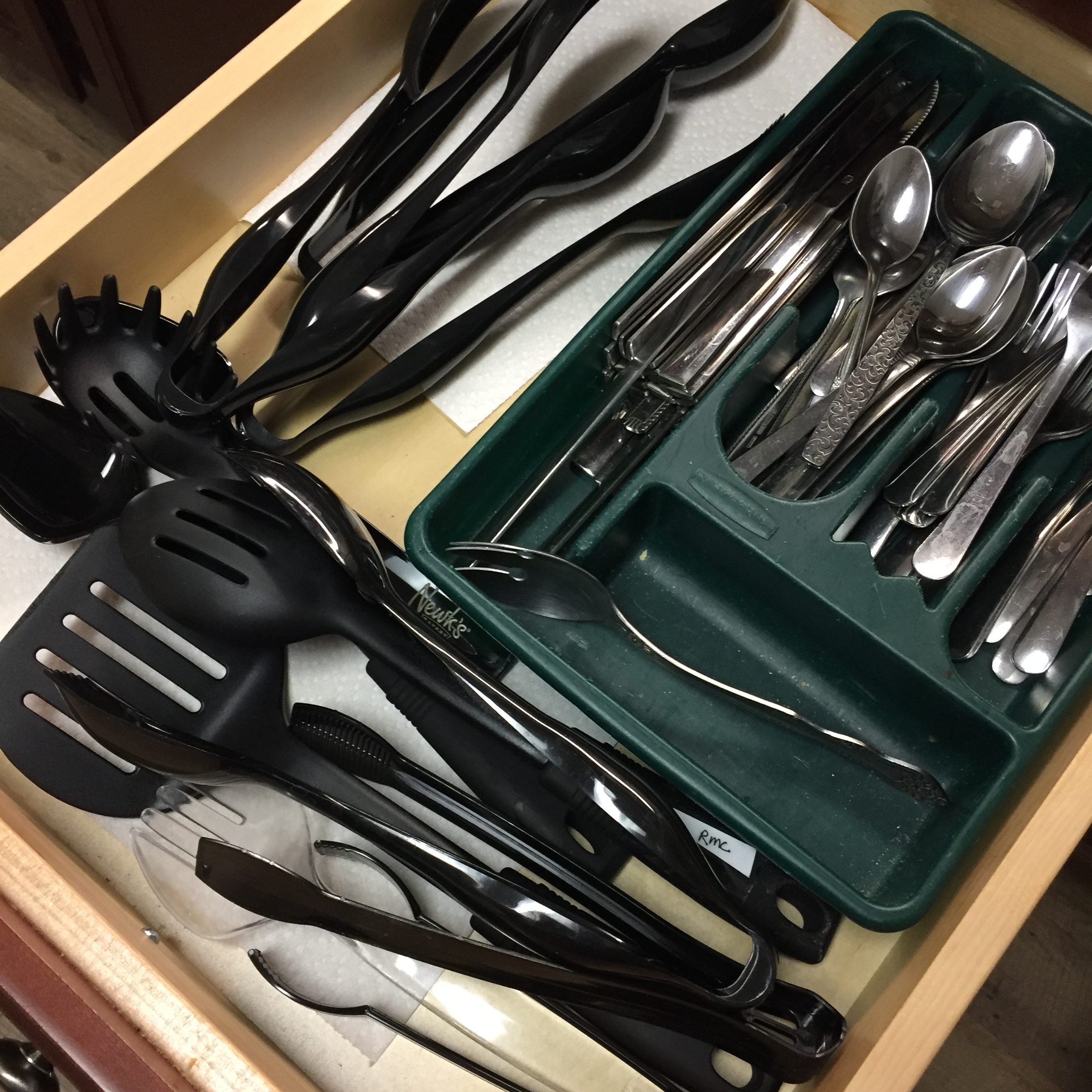 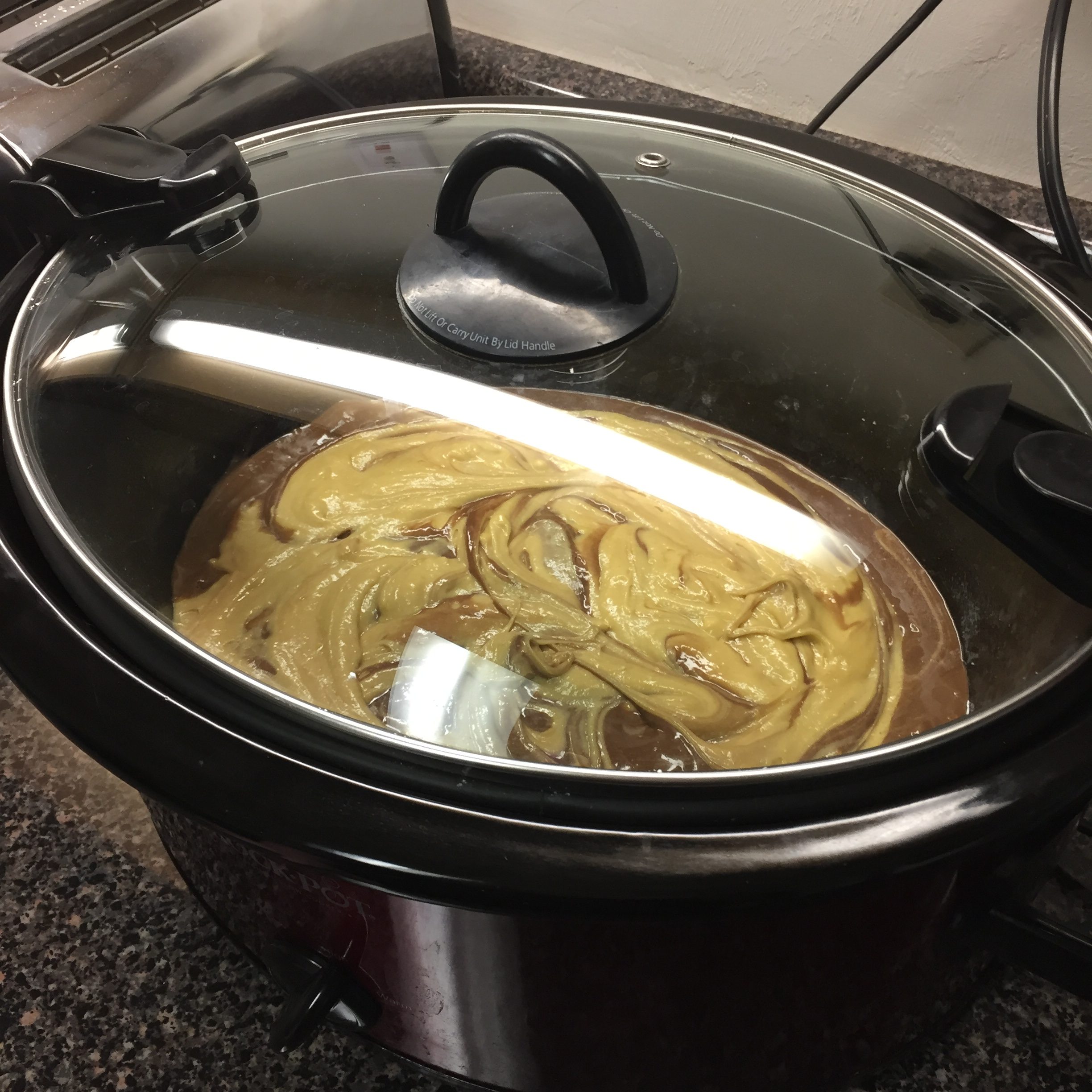 Ingredients blended and set to bake. Fortunately, my office is near the break room because even though the video said to leave for 4 hours, things started smelling a little singed around 2.5 hours in. 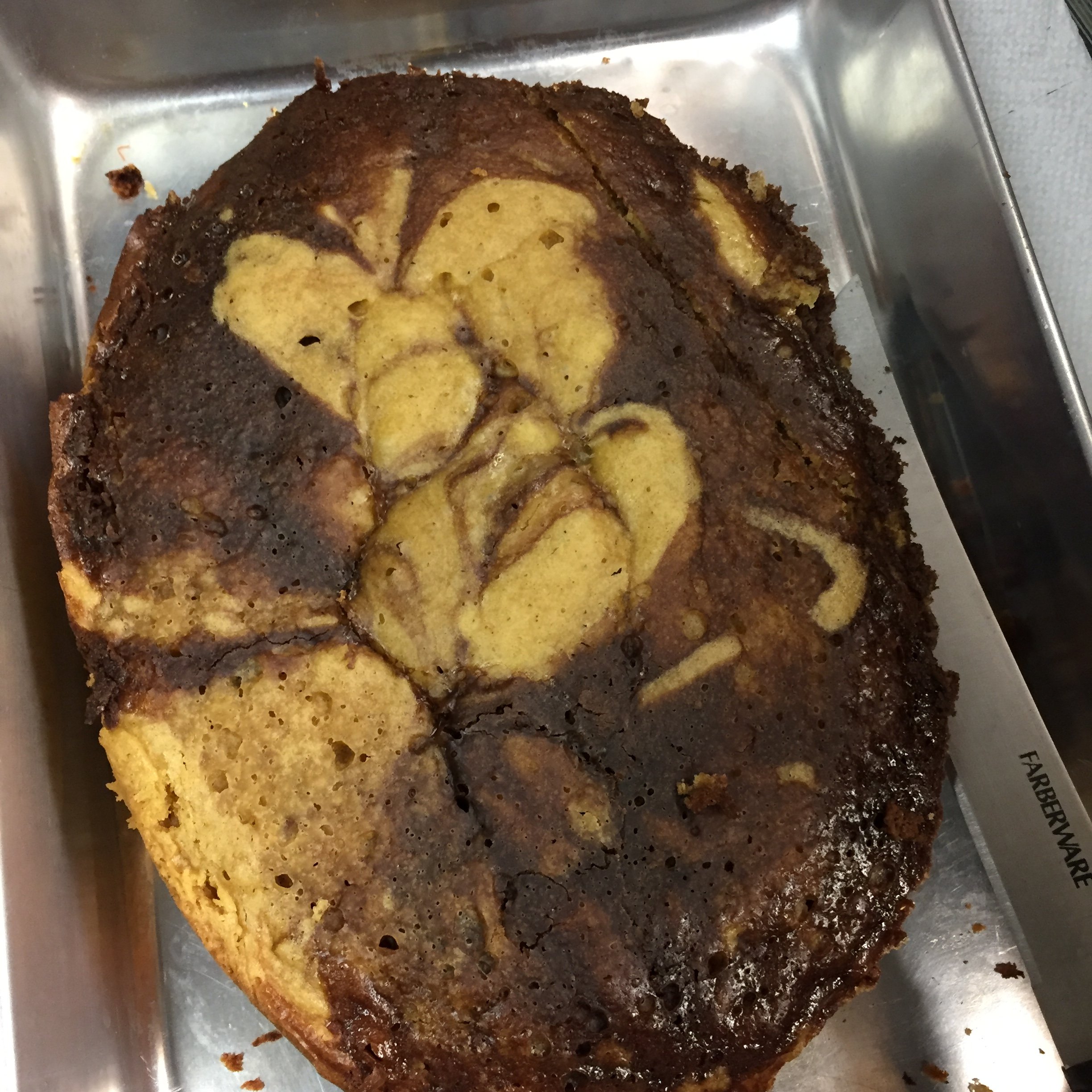 Slight burning on the edge, but it was easily trimmed off and the other 90% of the cake was saved. This was about the time people started poking their heads into the kitchen to see what I was doing and how much longer they had to wait for their cake. 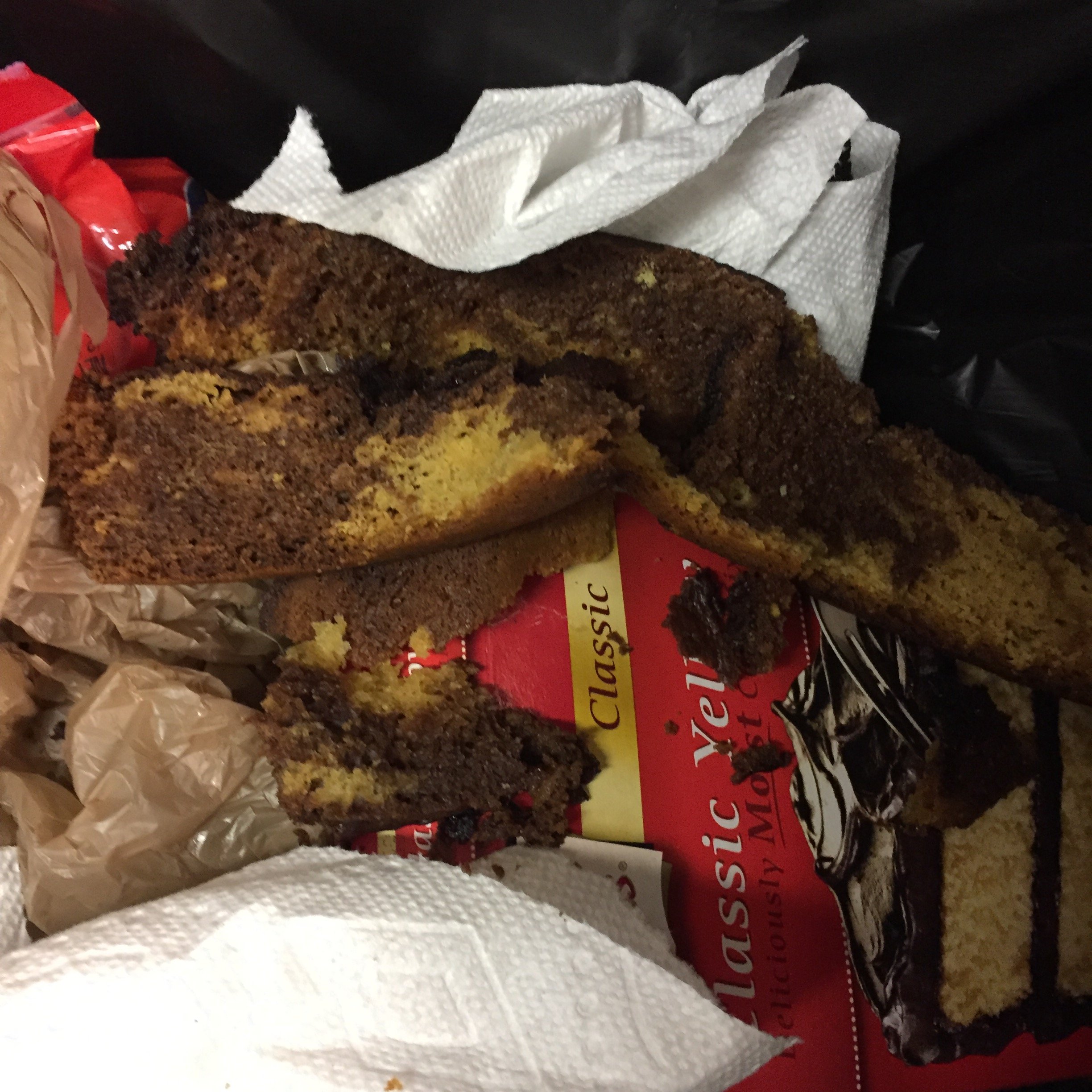 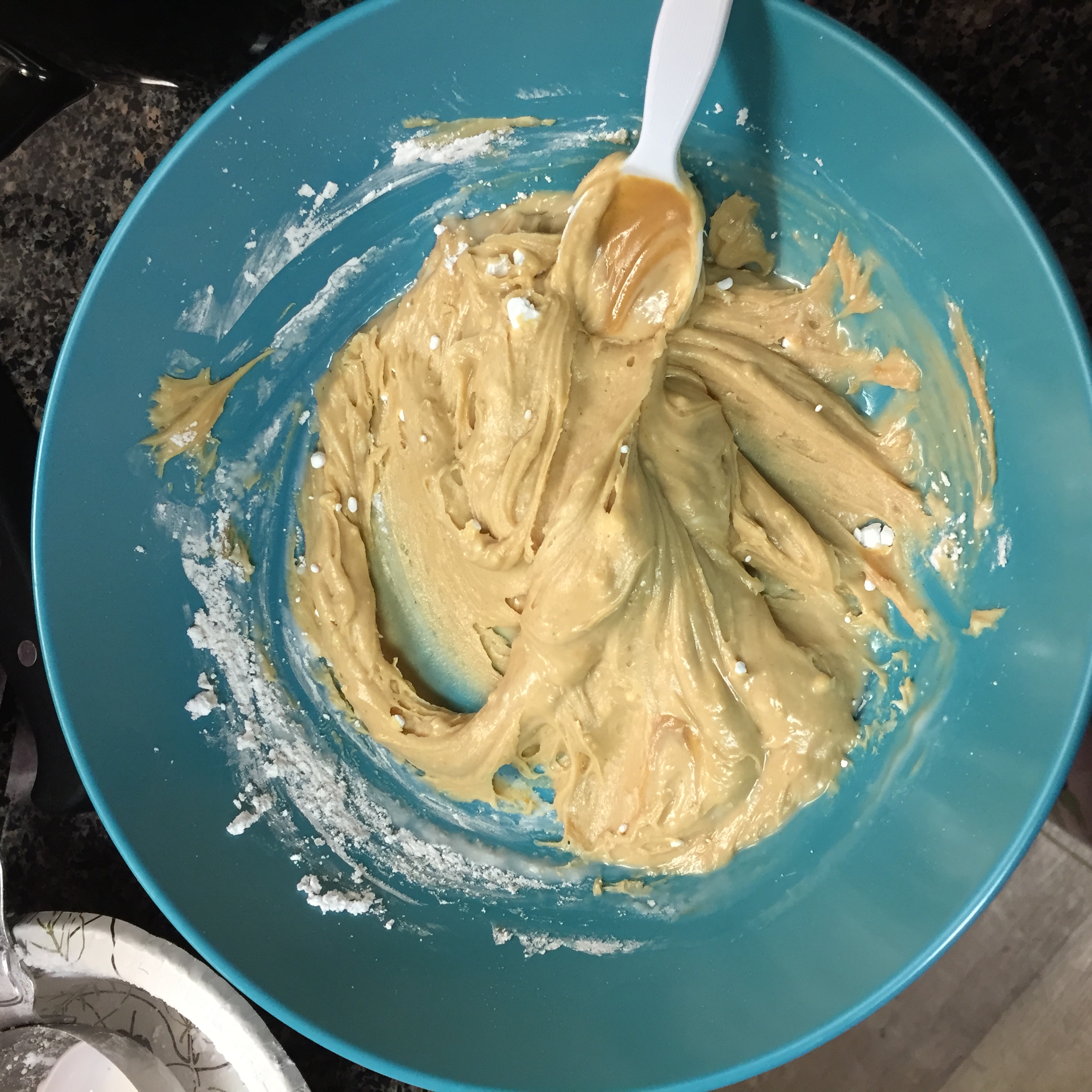 Some frosting magic and TADA! 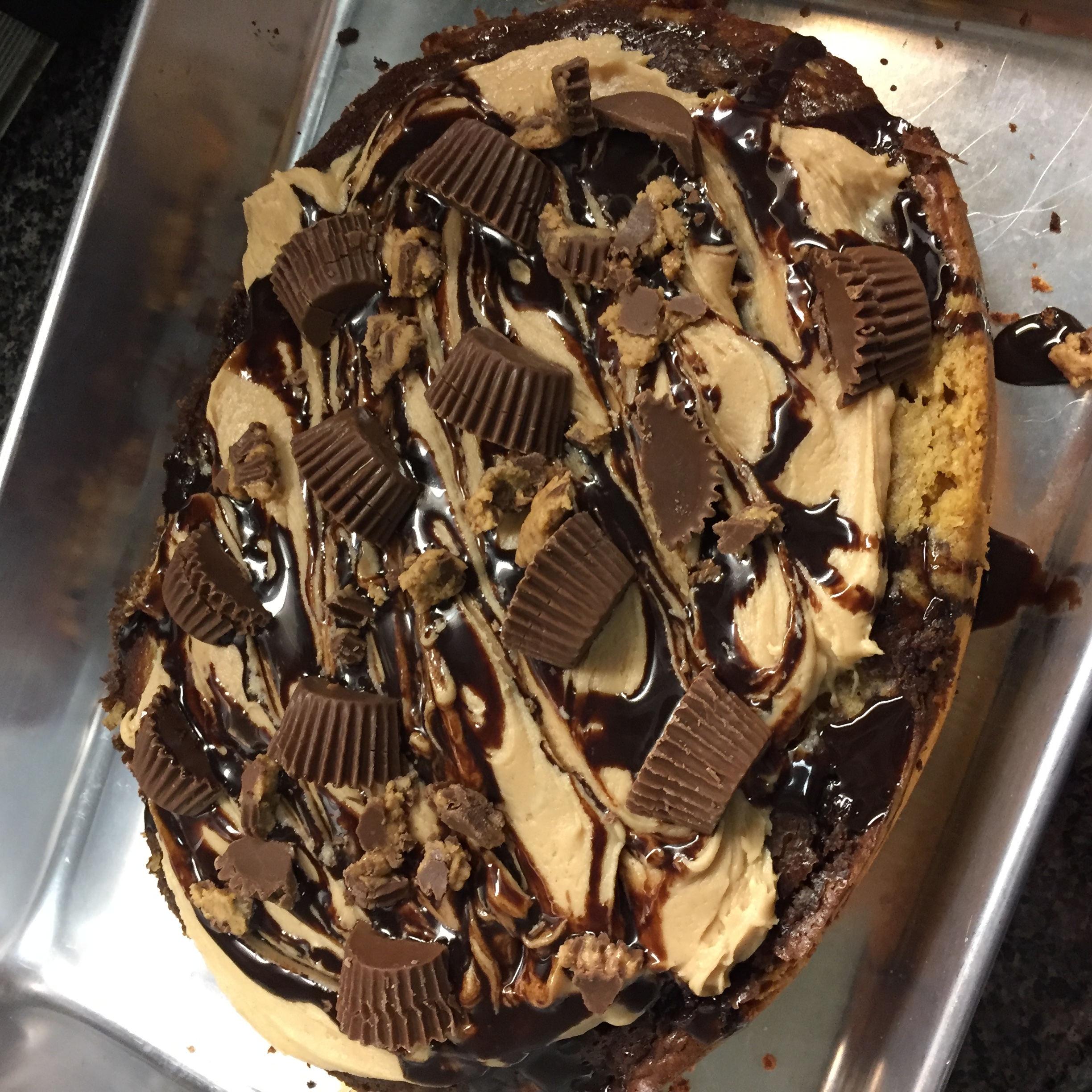 Oddly shaped, but sure enough this crazy thing actually came out looking more or less like a cake and even more surprisingly tasted like a pretty decent cake. 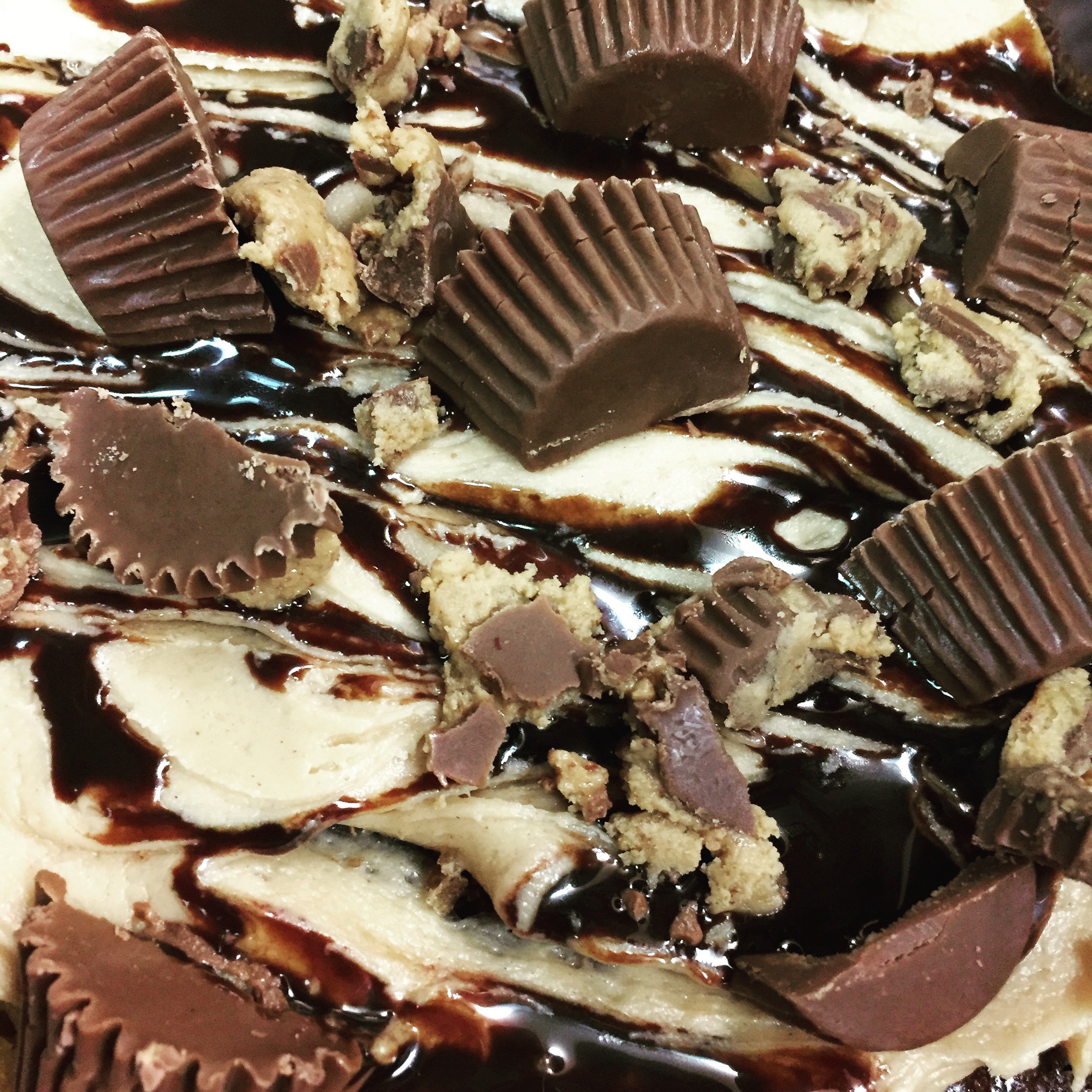 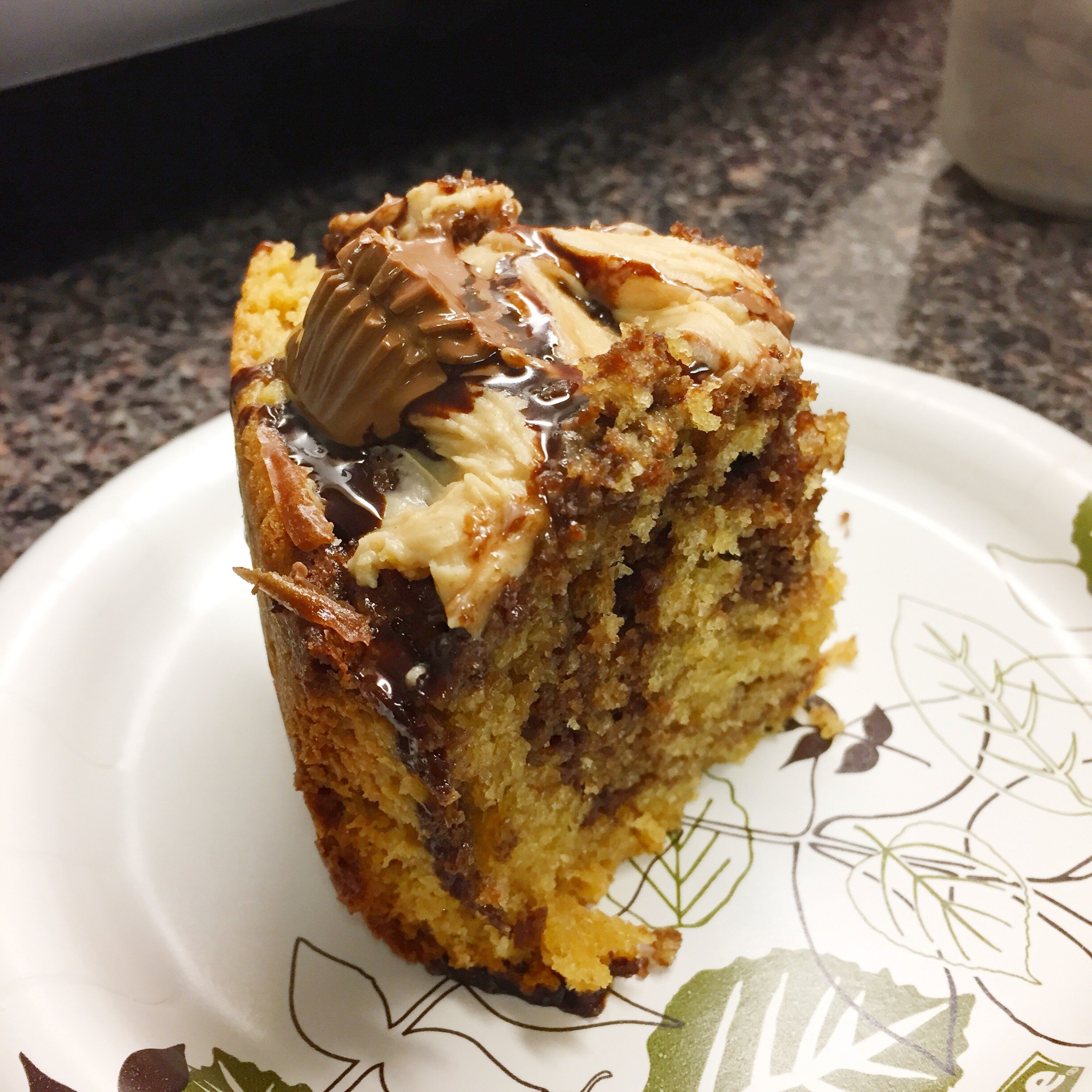 I had two coworkers ask me to write down the recipe so they could go home and make it for their families. 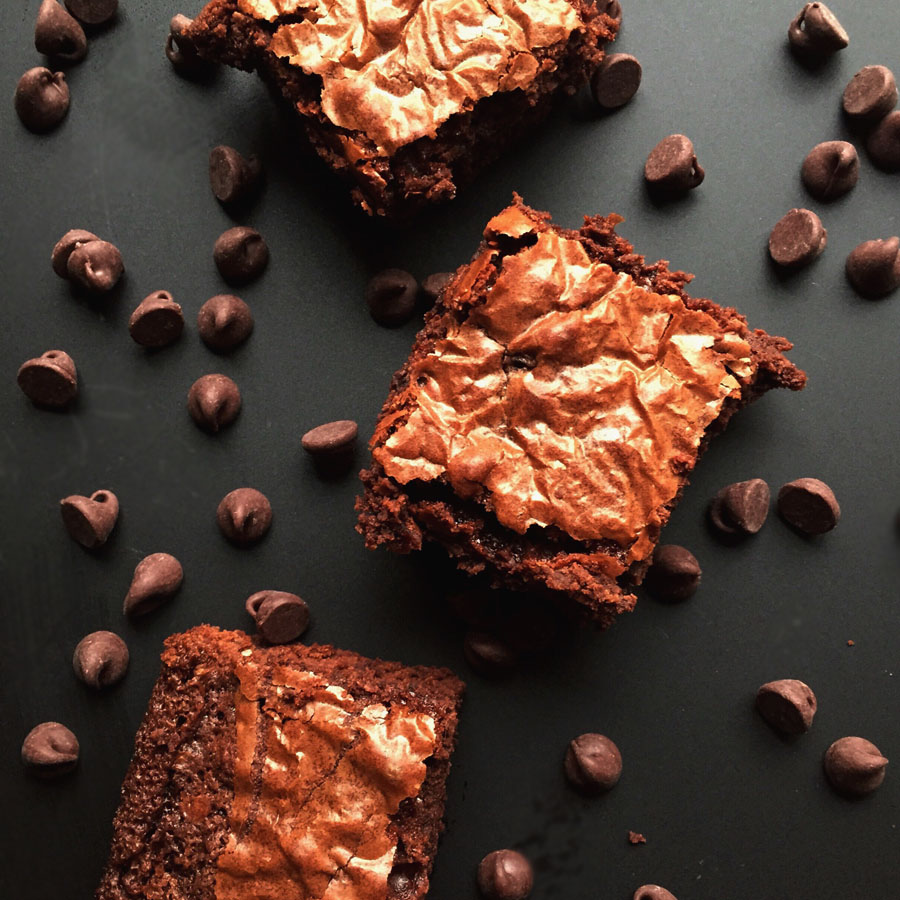