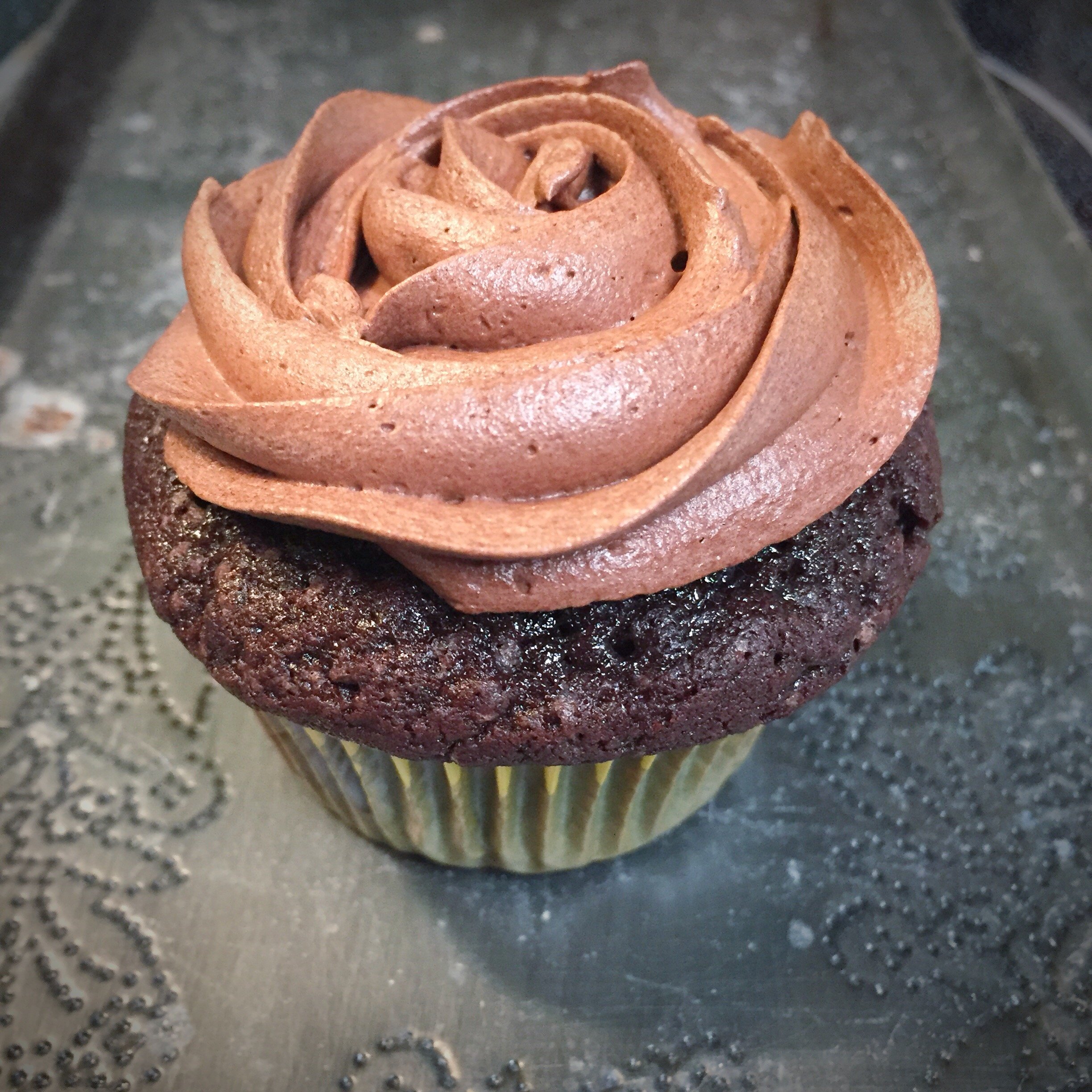 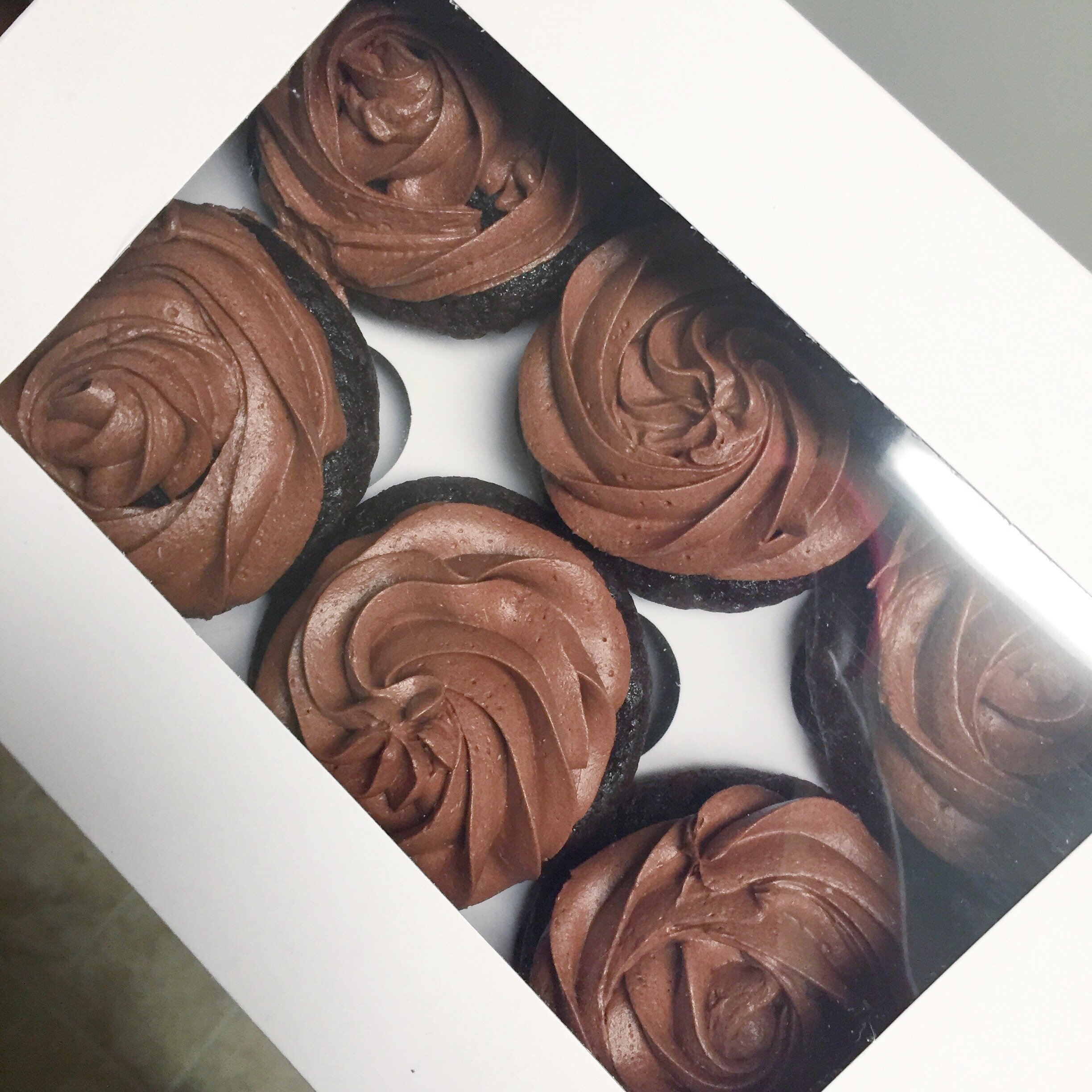 Every once in a while you find something cool that makes you want to go places that you’ve never even considered before. Places like Richardson, TX. The wonder that is Instagram introduced me  Sweet Daze dessert bar. Unicorn cake, soft serve topped donuts, and fanciful layered confections; heck, they even offer vegan options so there is a little something for everyone. It’s tailor made for a sparkle sweet loving girl like me. 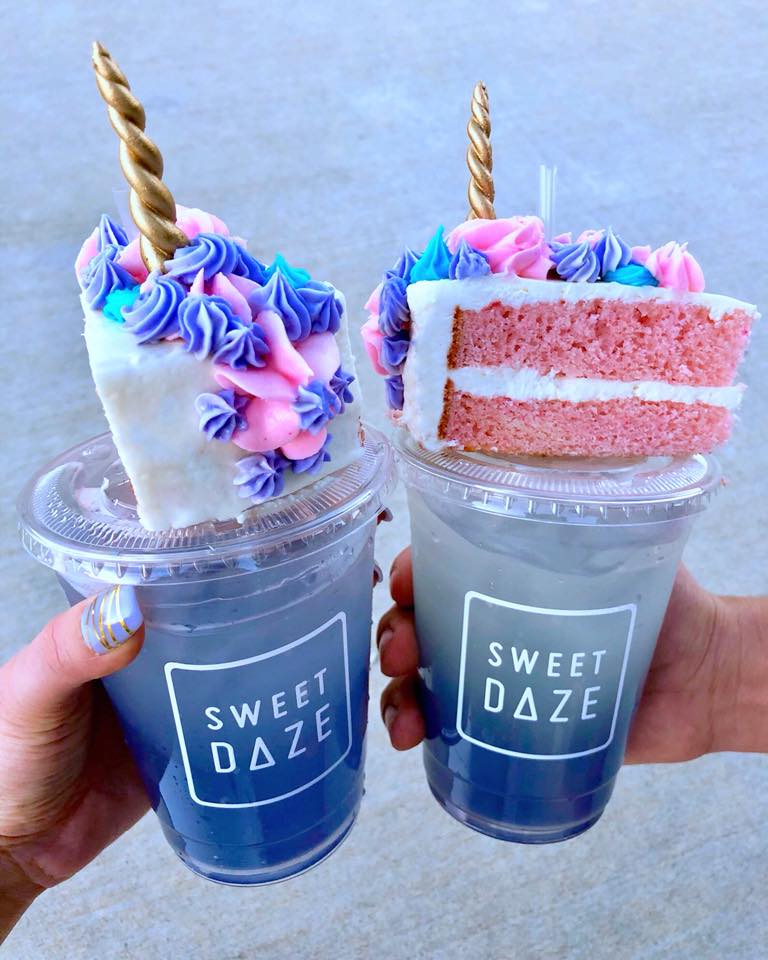 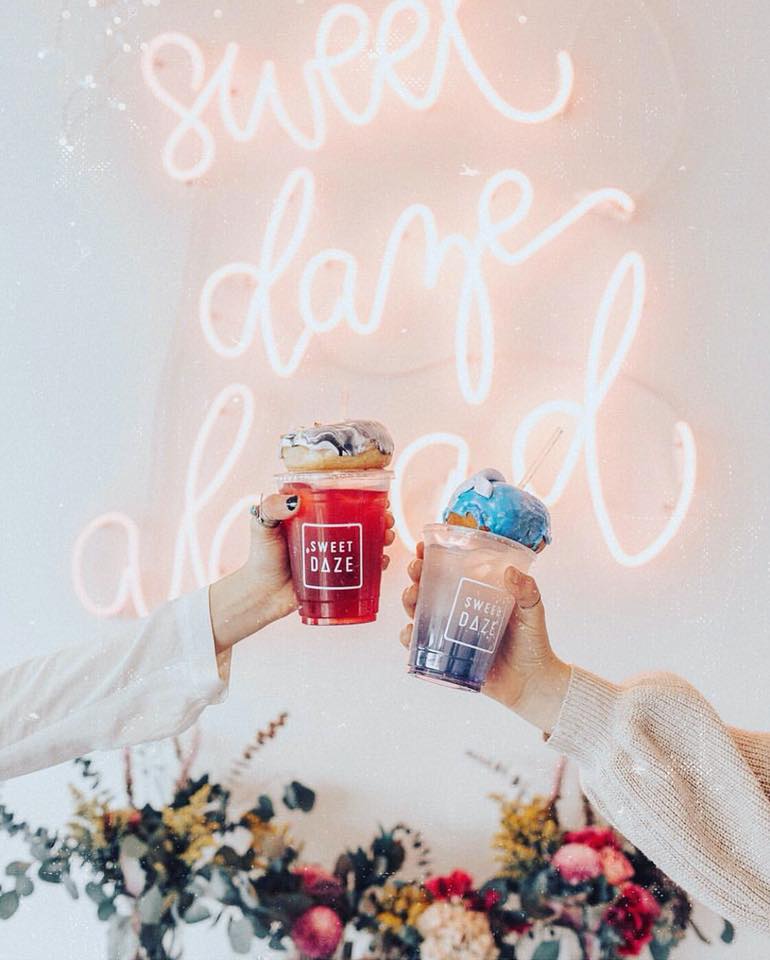 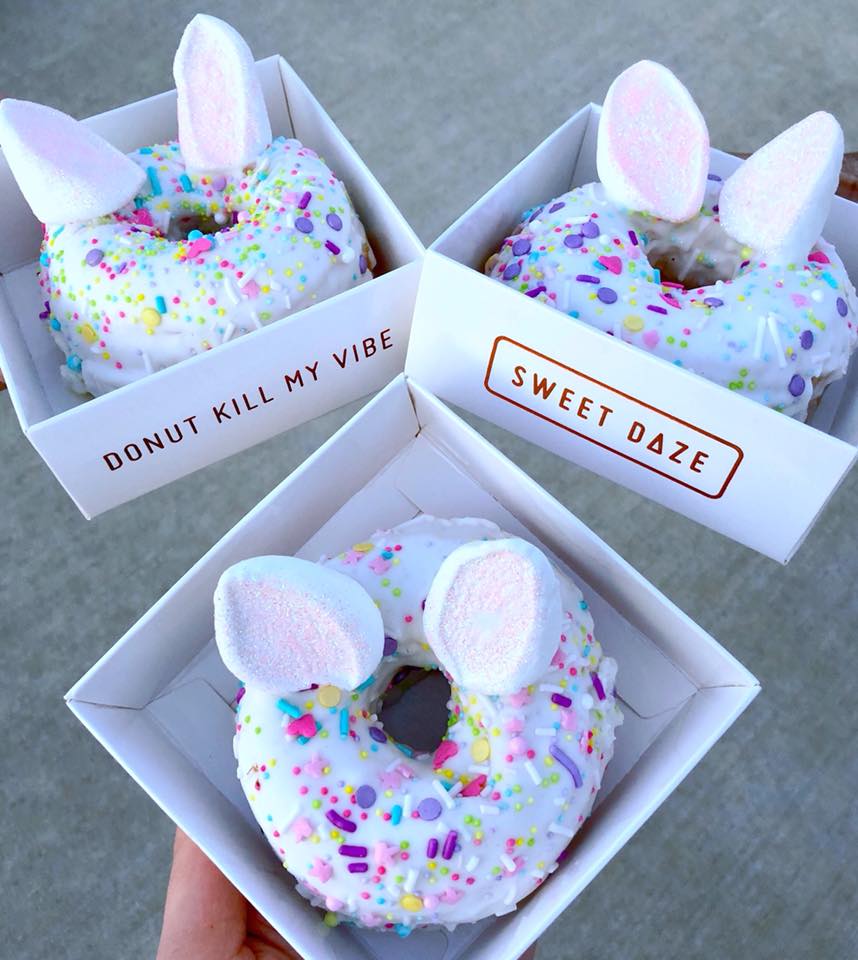 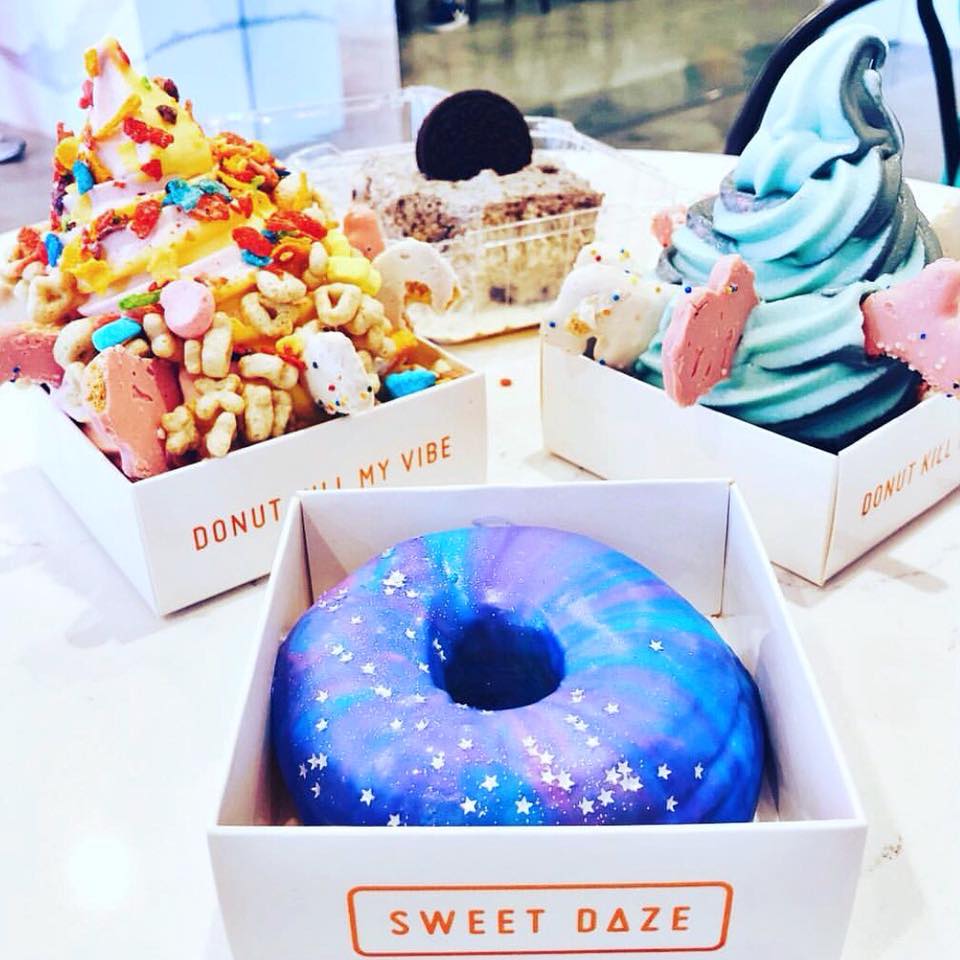 This place is incredible! I wish so badly that we had something like this in Tallahassee; girls night and coffee/tea dates would never be the same again! You can check out their menu here; they have seasonal treats offered daily as well as entire decorated layer cakes that are available by pre-order. 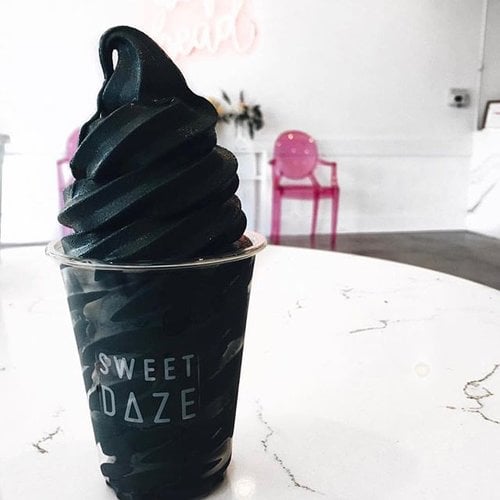 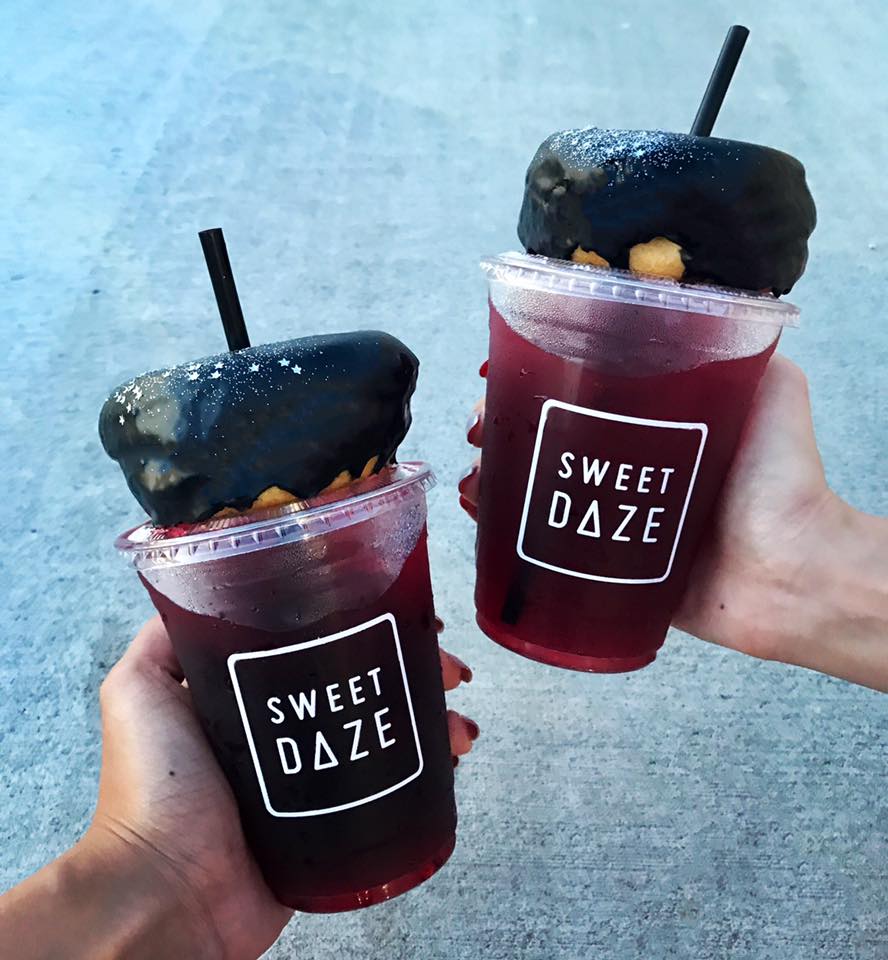 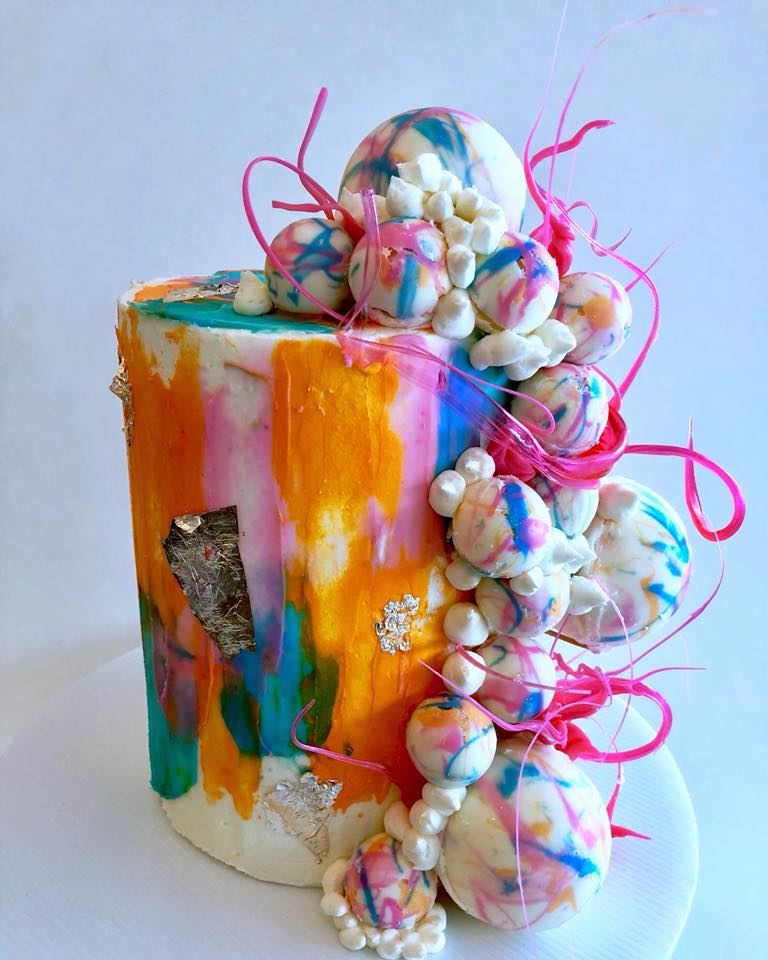 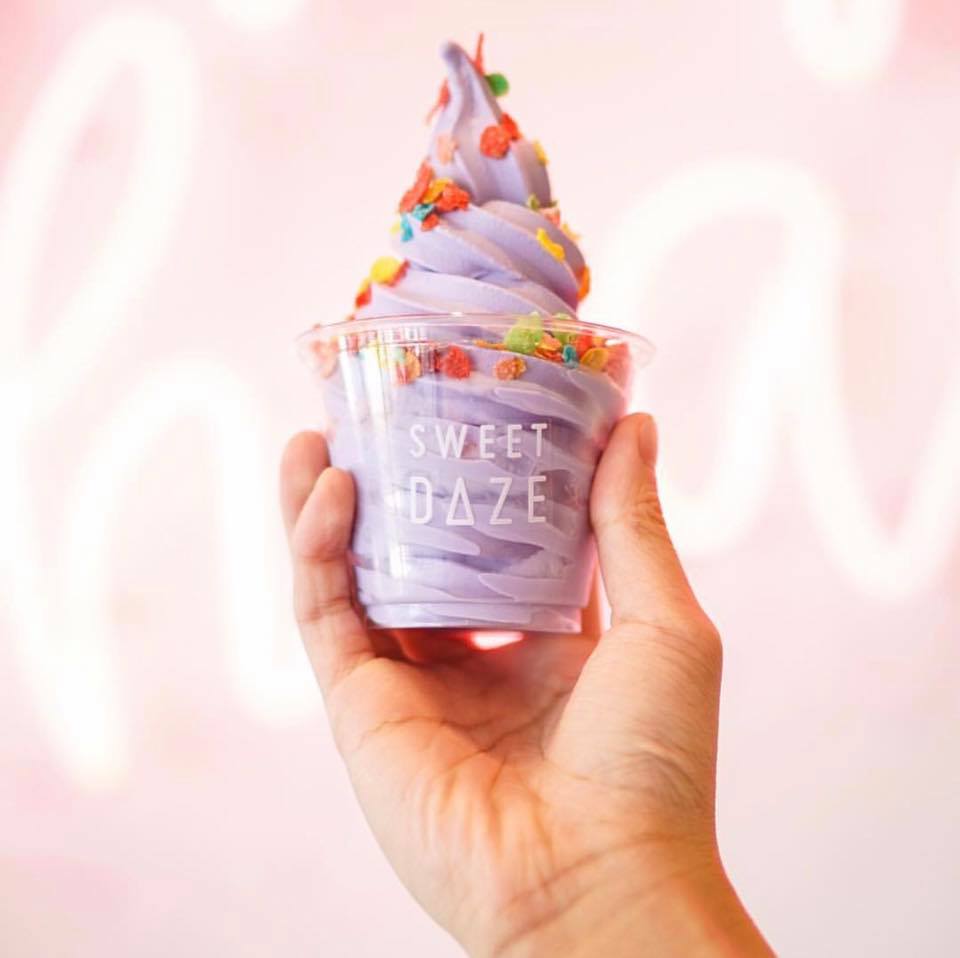 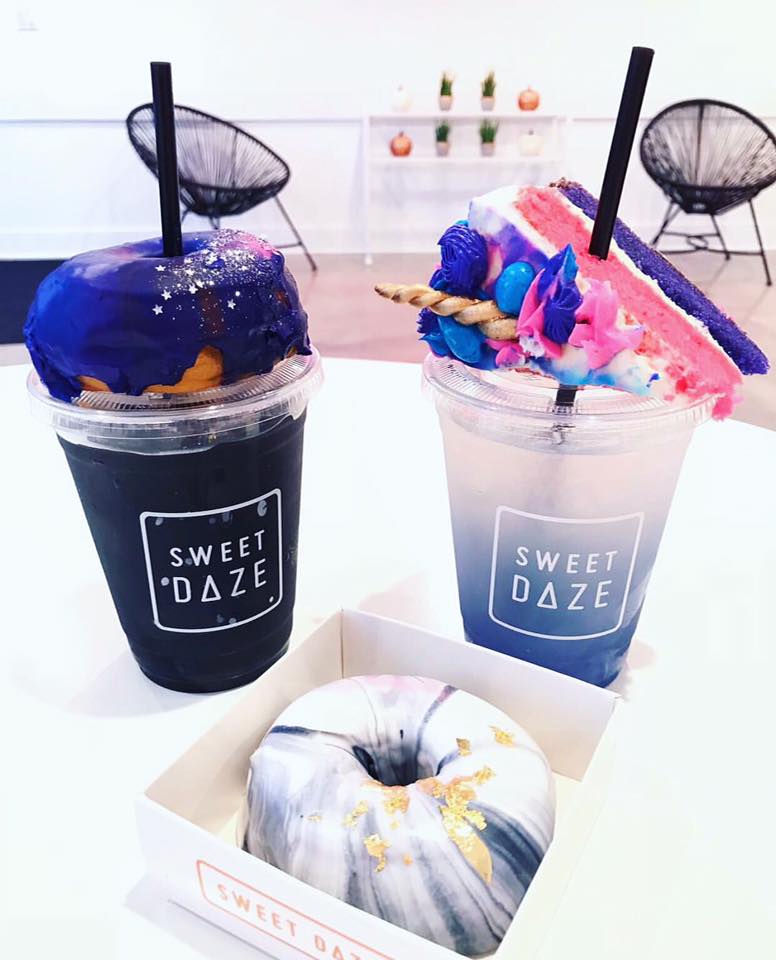 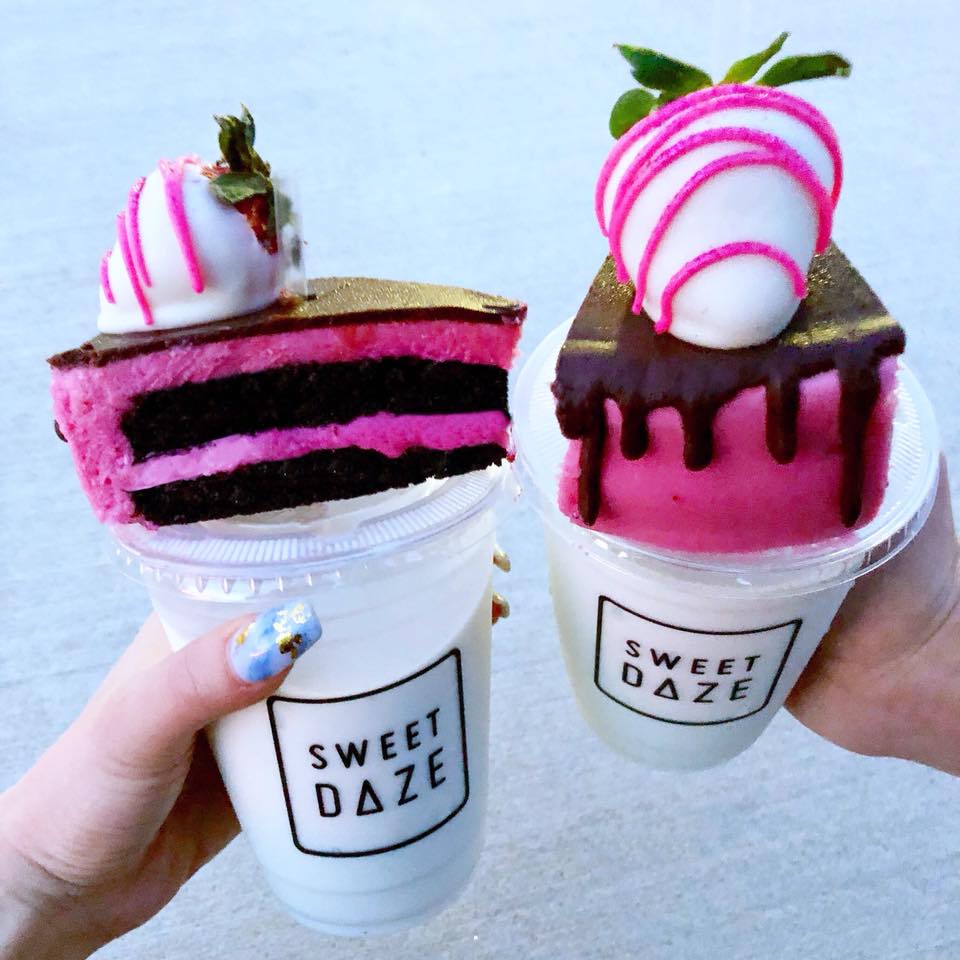 So what do you say? Who wants to meet me in Richardson, TX for some crazy elaborate treats and a nice frosty beverage?

This is another one of the recipes I found in my Baked cookbook, and again, it did not disappoint. Now, I am going to level with you guys. As shocking as this may be, the photo below is not a picture of the tiramisu that I made. Alas, mine, while delicious, was not the prettiest creation, so I decided to show you how things could be if you aren’t lazy and put your dessert in two tupperware containers instead of a beautiful glass dish. Okay, now to the important stuff, the recipe. 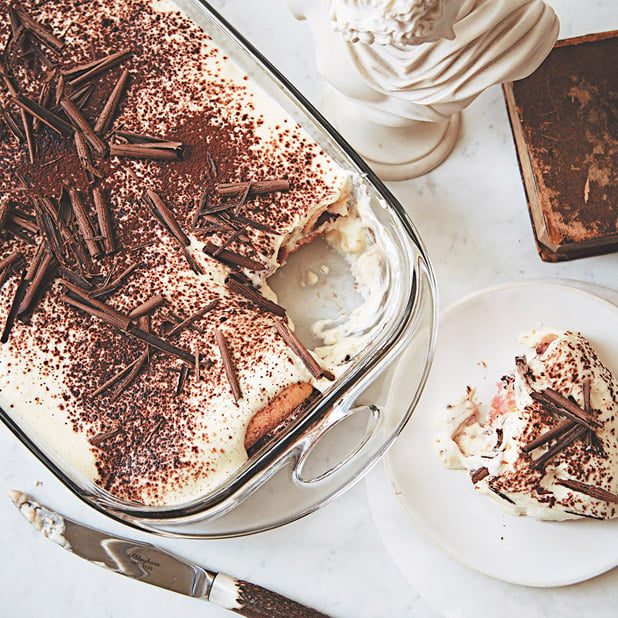 Zest of 1 blood orange (about 1½ tablespoons)

1. In the bowl of a standing mixer fitted with the whisk attachment, beat the egg yolks and sugar at medium-high speed until the mixture is light and starts to thicken, about 3 to 6 minutes. Switch to the paddle attachment, add the mascarpone cheese, and beat until incorporated. Add the zest and 2 tablespoons of the Grand Marnier and beat until just combined. Transfer the mixture to a large bowl and clean and dry the mixer bowl.

3. Stir together the blood orange juice and the remaining Grand Marnier in a wide-mouth shallow bowl.

5. Cover the pan tightly with plastic and refrigerate for at least 5 hours or overnight (most people prefer tiramisu that has been chilled for at least 10 hours — if you can wait that long). Sprinkle with a few chocolate shavings, if desired, slice, and serve. The tiramisu can be kept, tightly covered, in the refrigerator for up to 3 days.

One of the things I love about Instagram is that it can be an amazing mental vacation during a busy day. Clients yelling, copiers jamming, deadlines looming – sometimes you just need five minutes to disconnect and look at something pretty. Of course I have friends and family that I follow so I can see what going on in their lives, but there are others that I follow simply because they have beautiful pictures. One of my new favorites is the  Nectar & Stone Instagram feed. 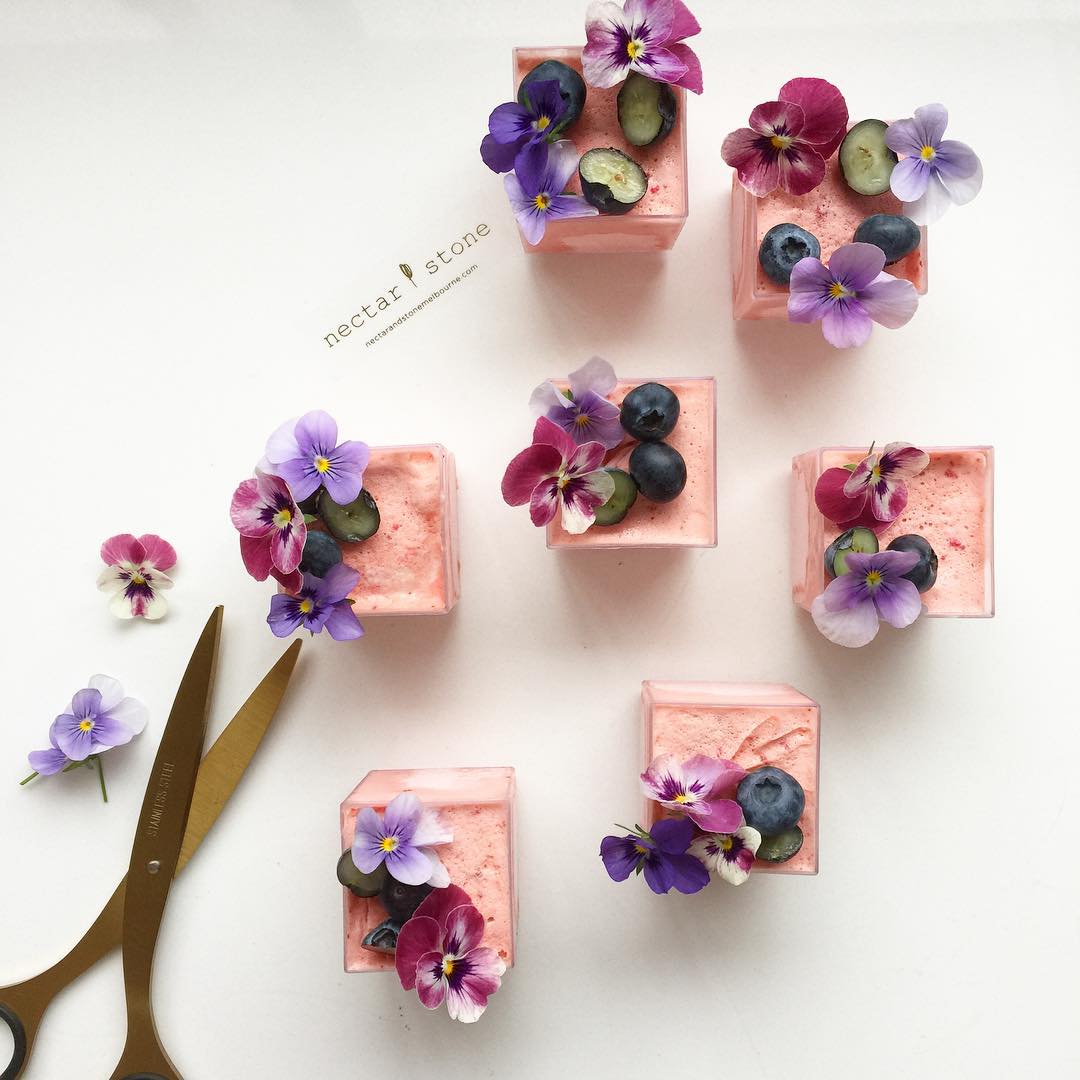 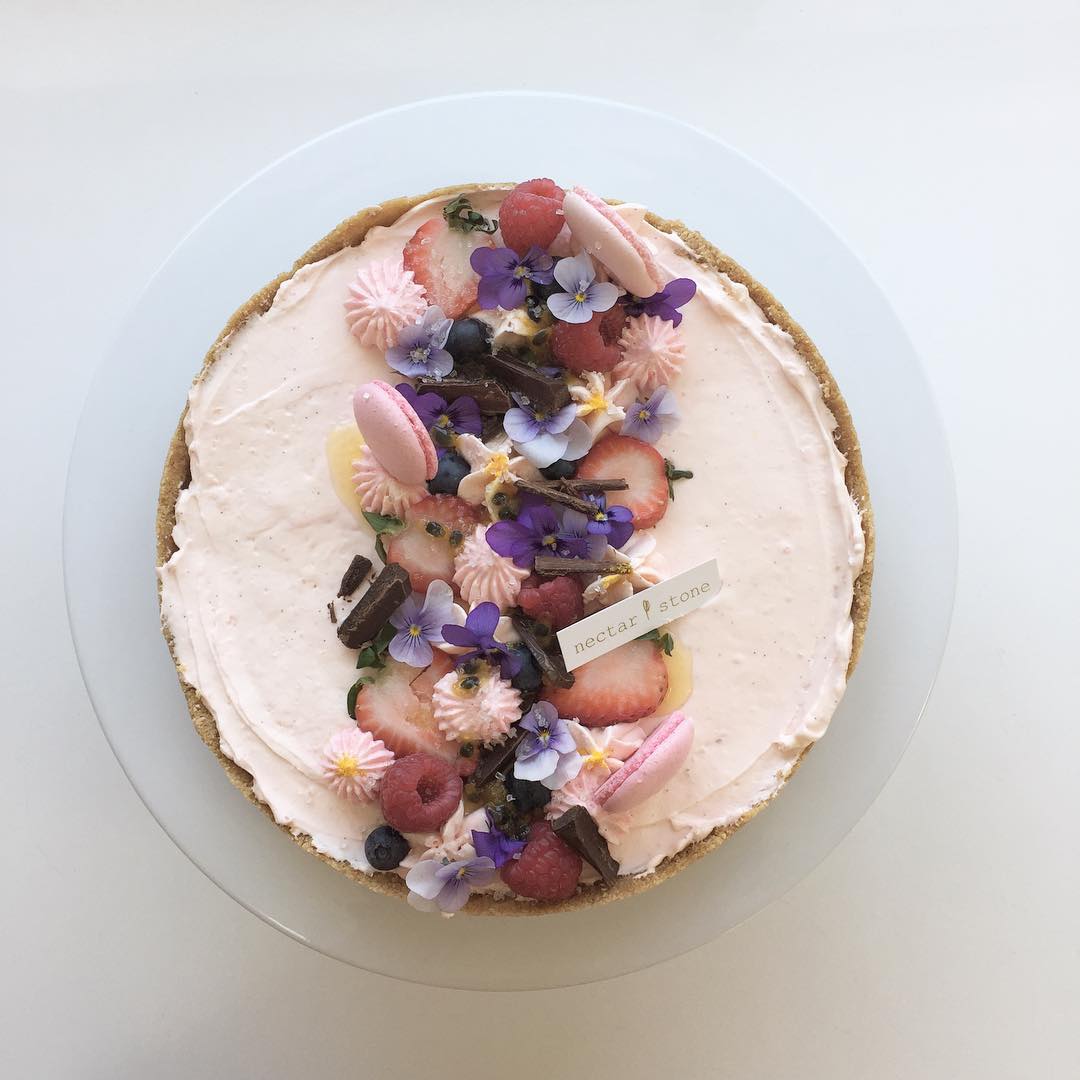 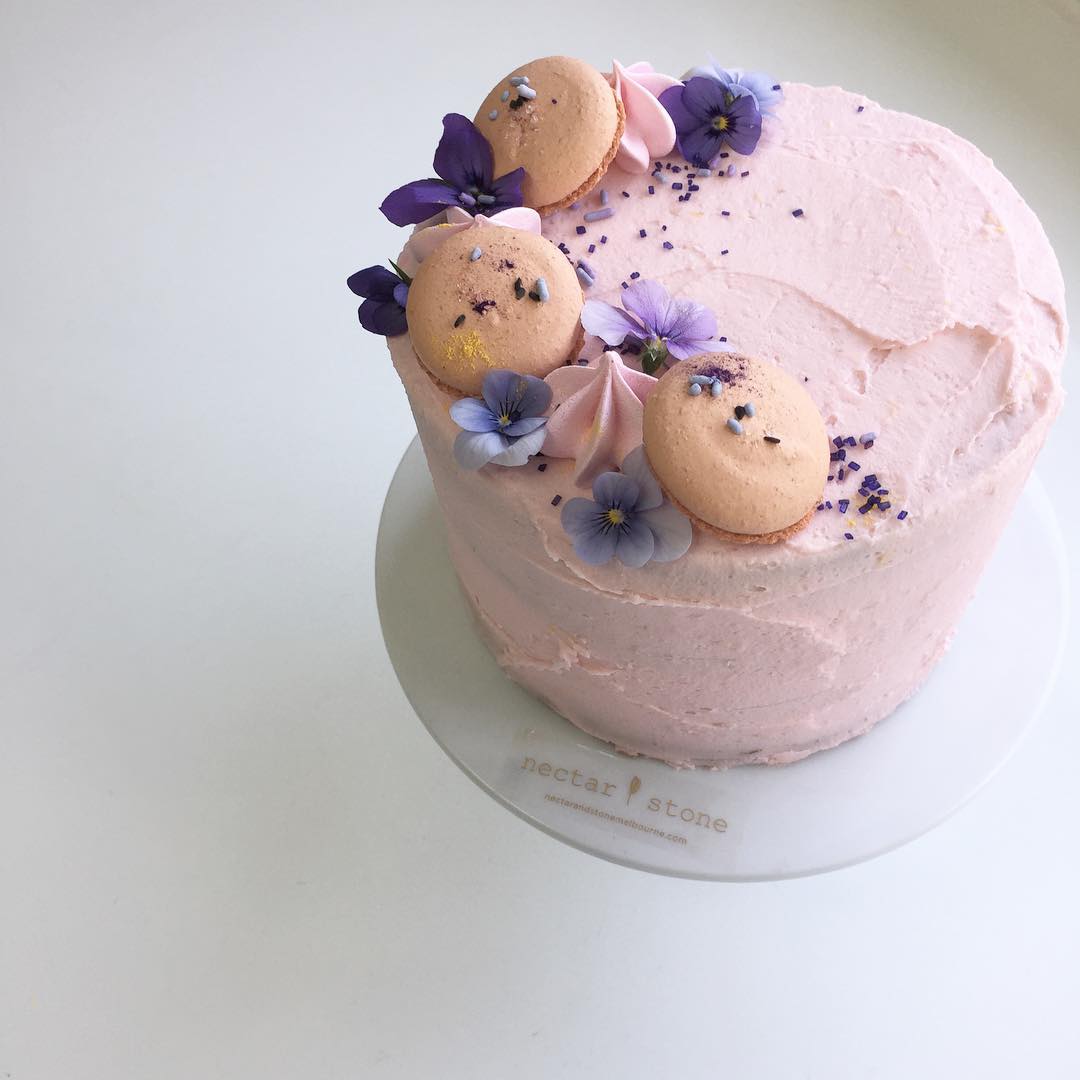 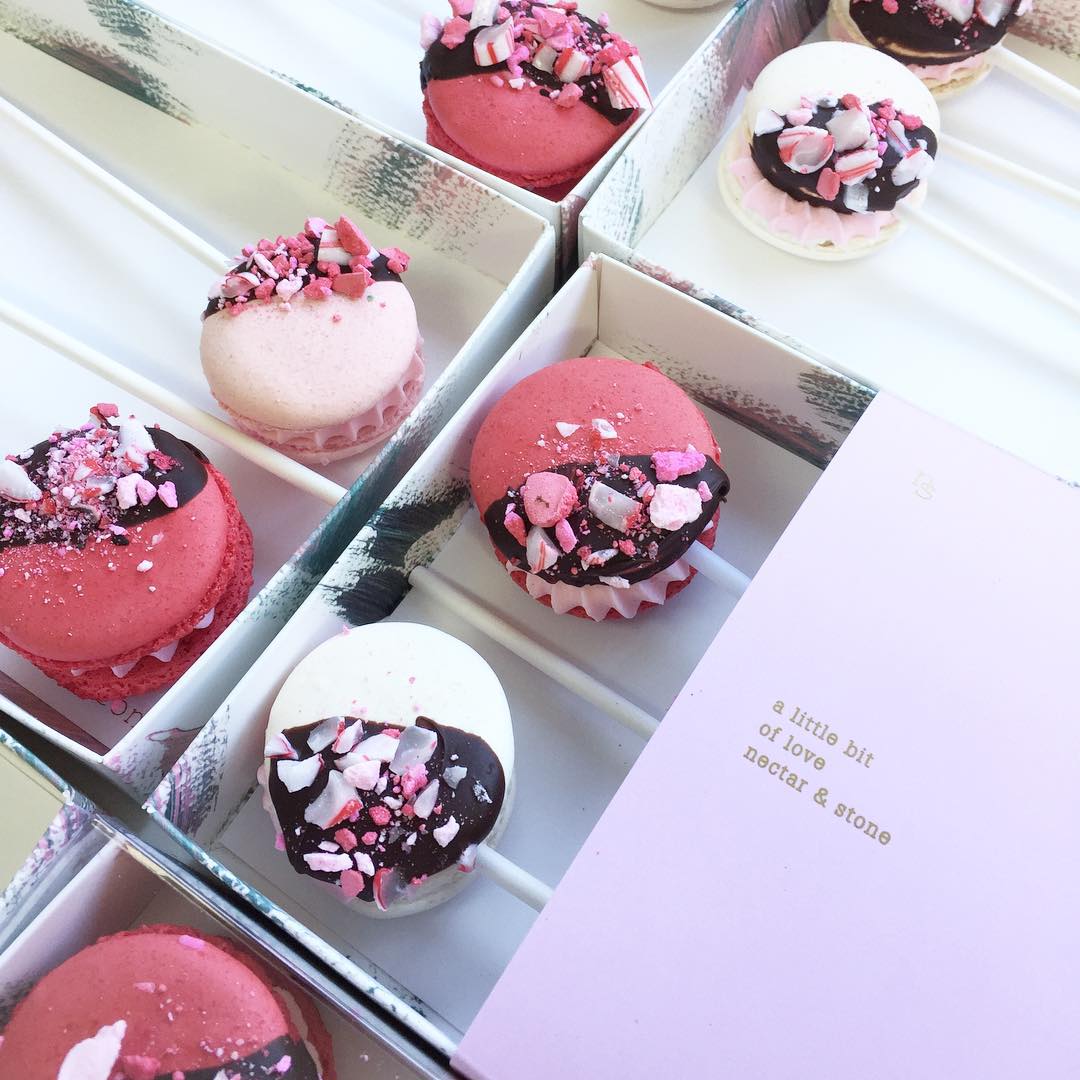 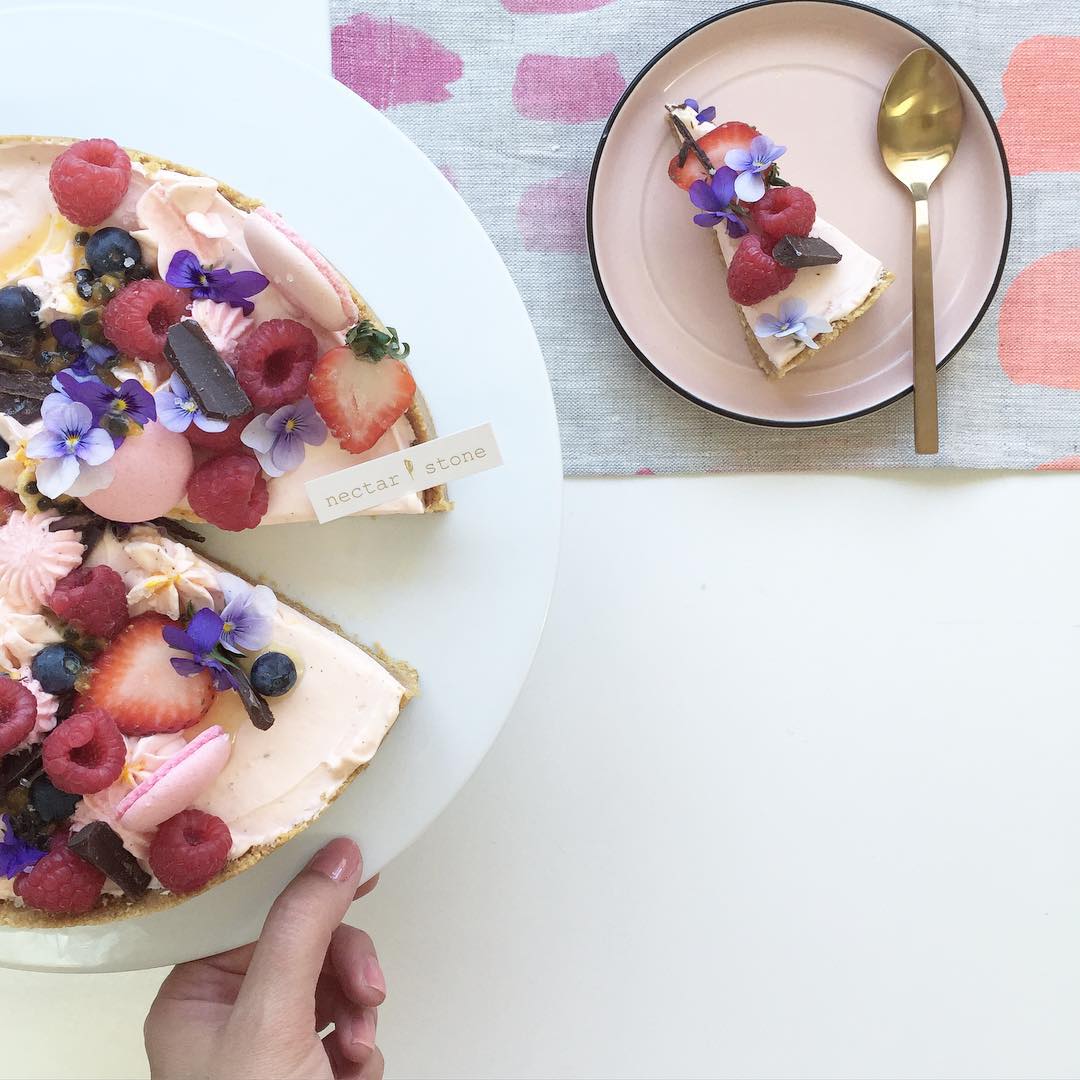 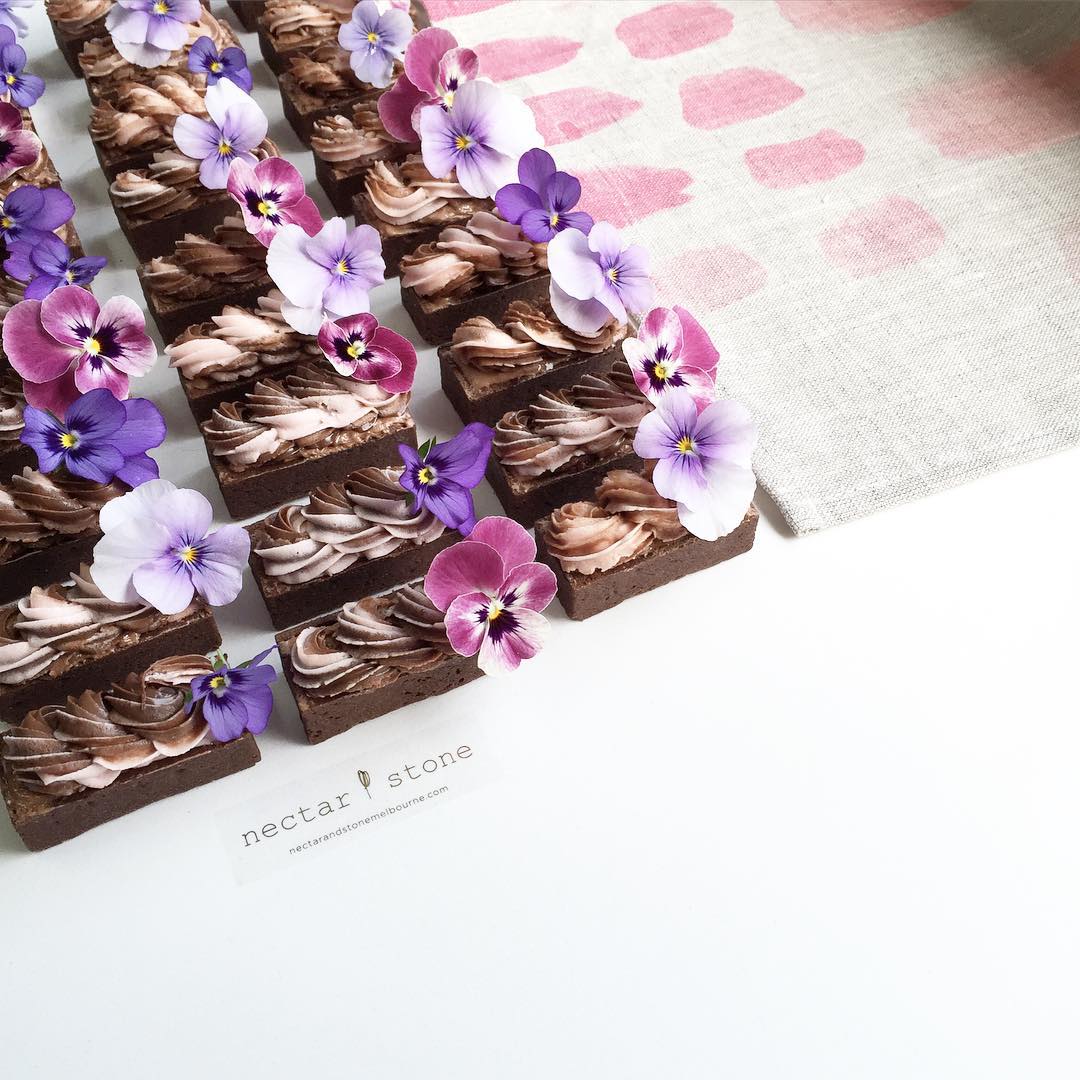 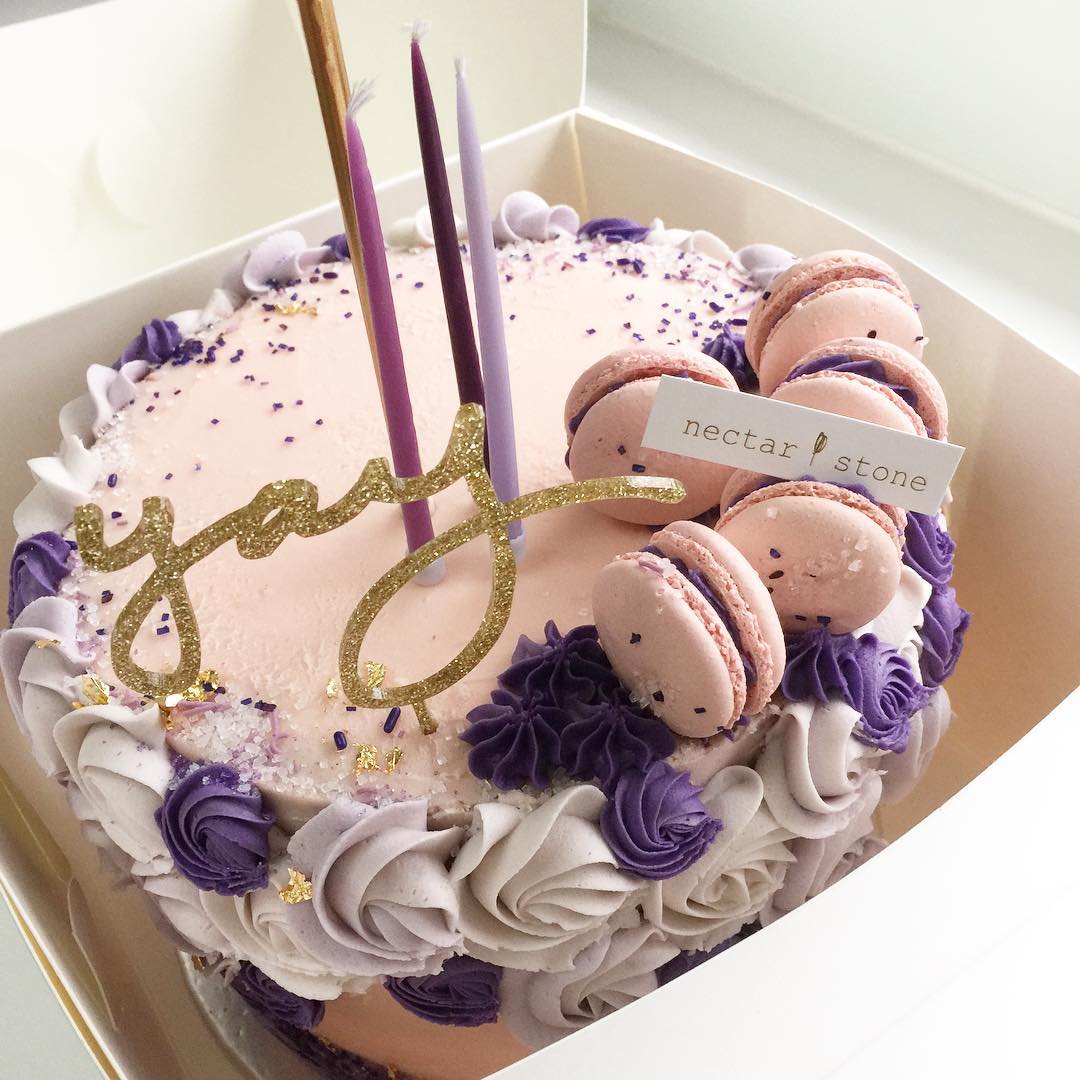 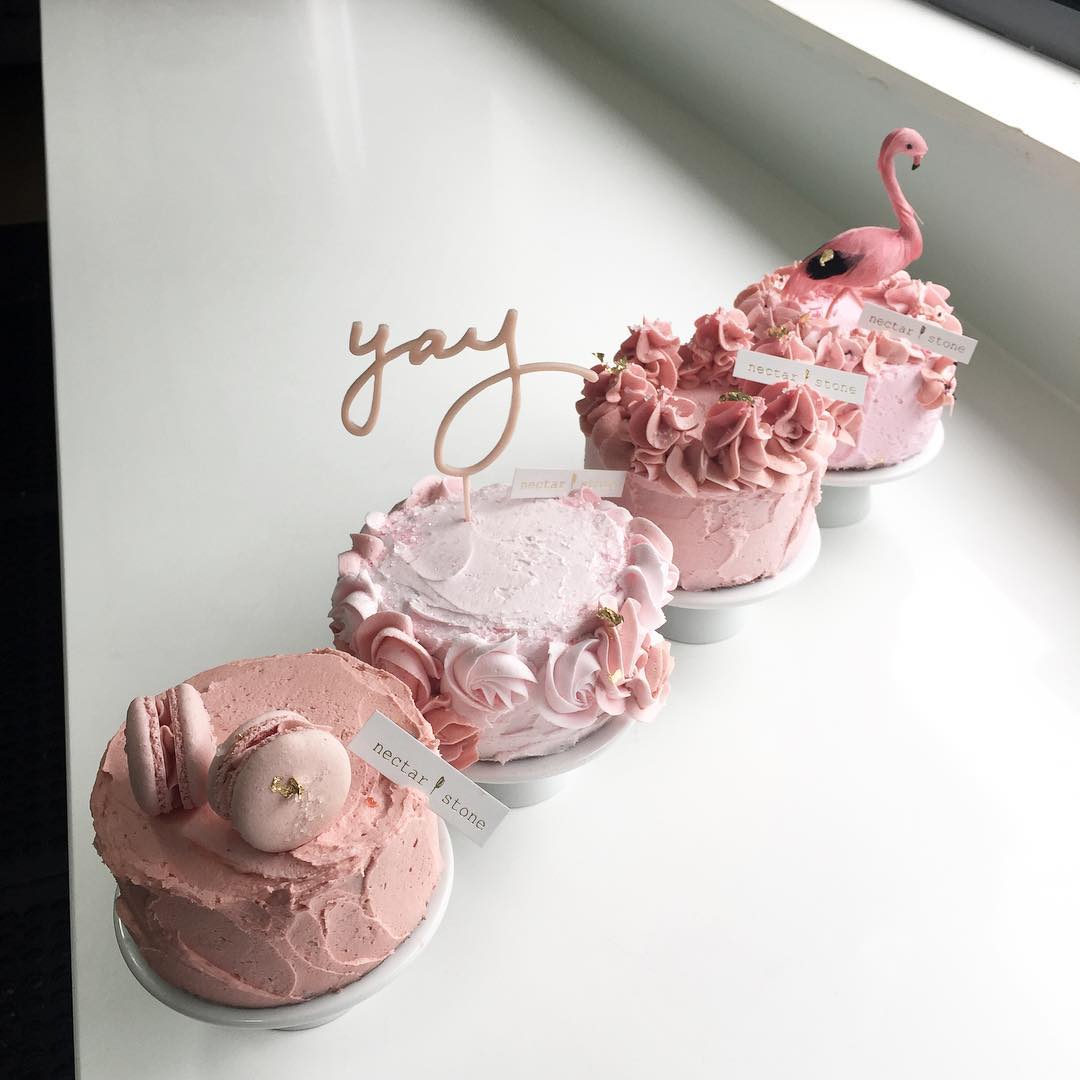 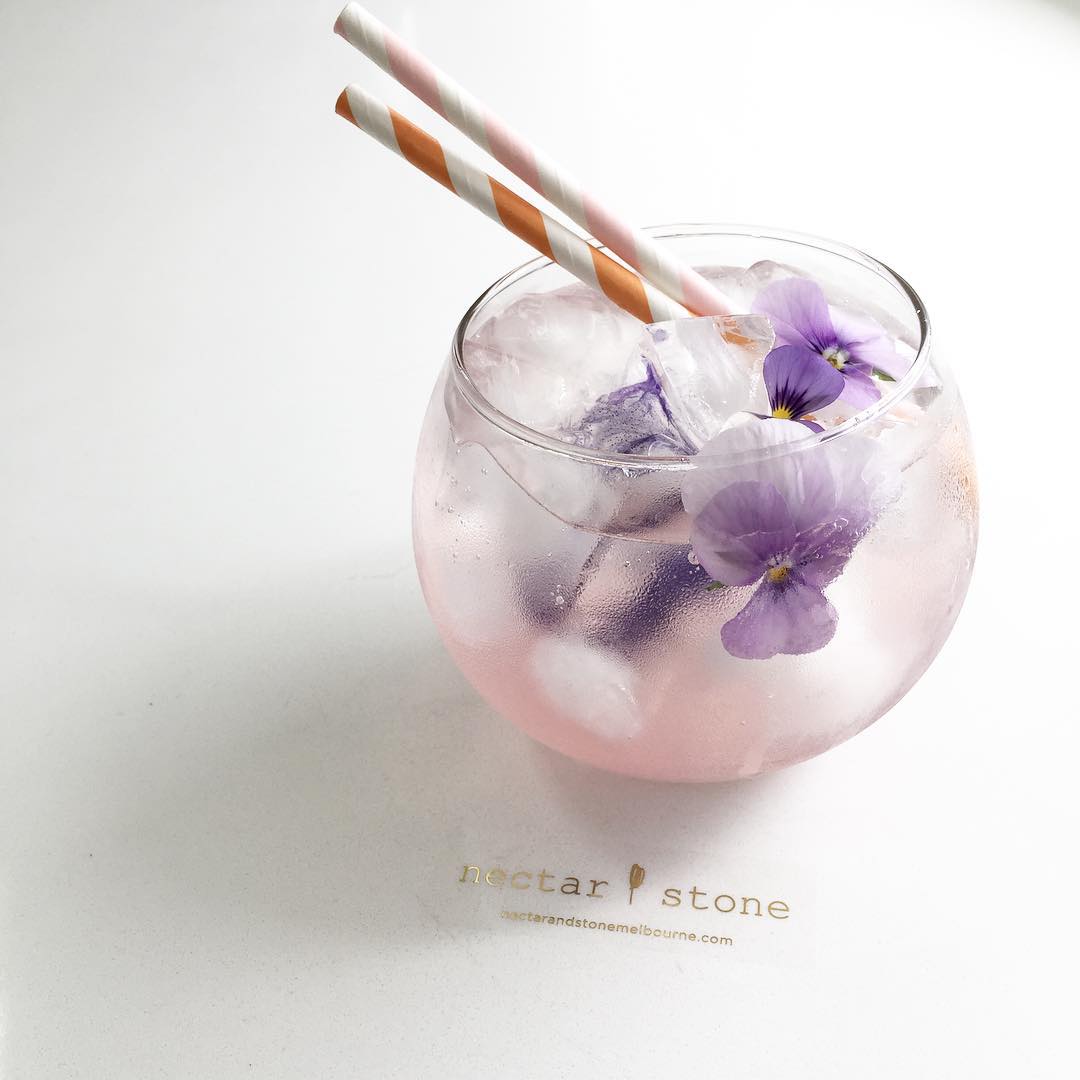 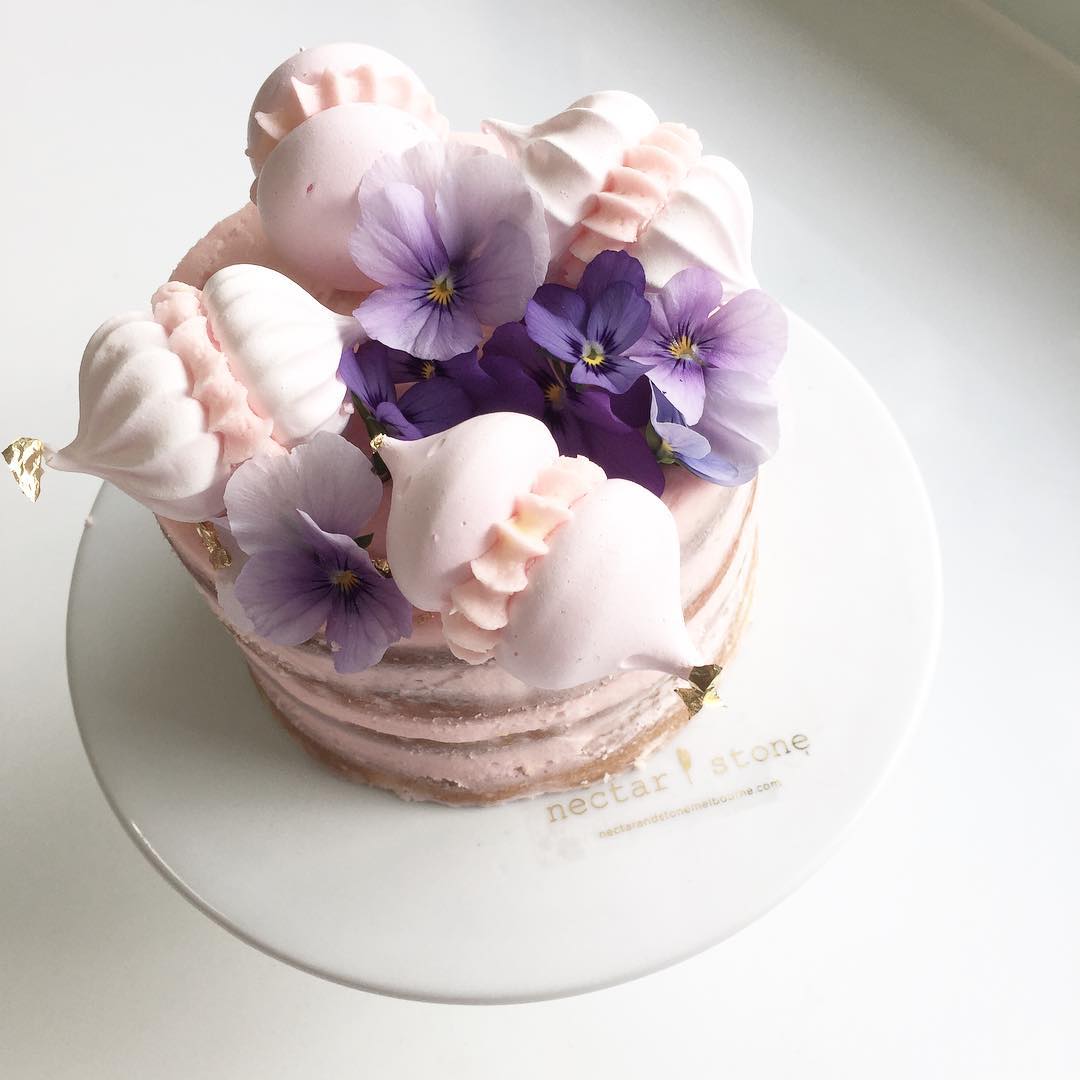 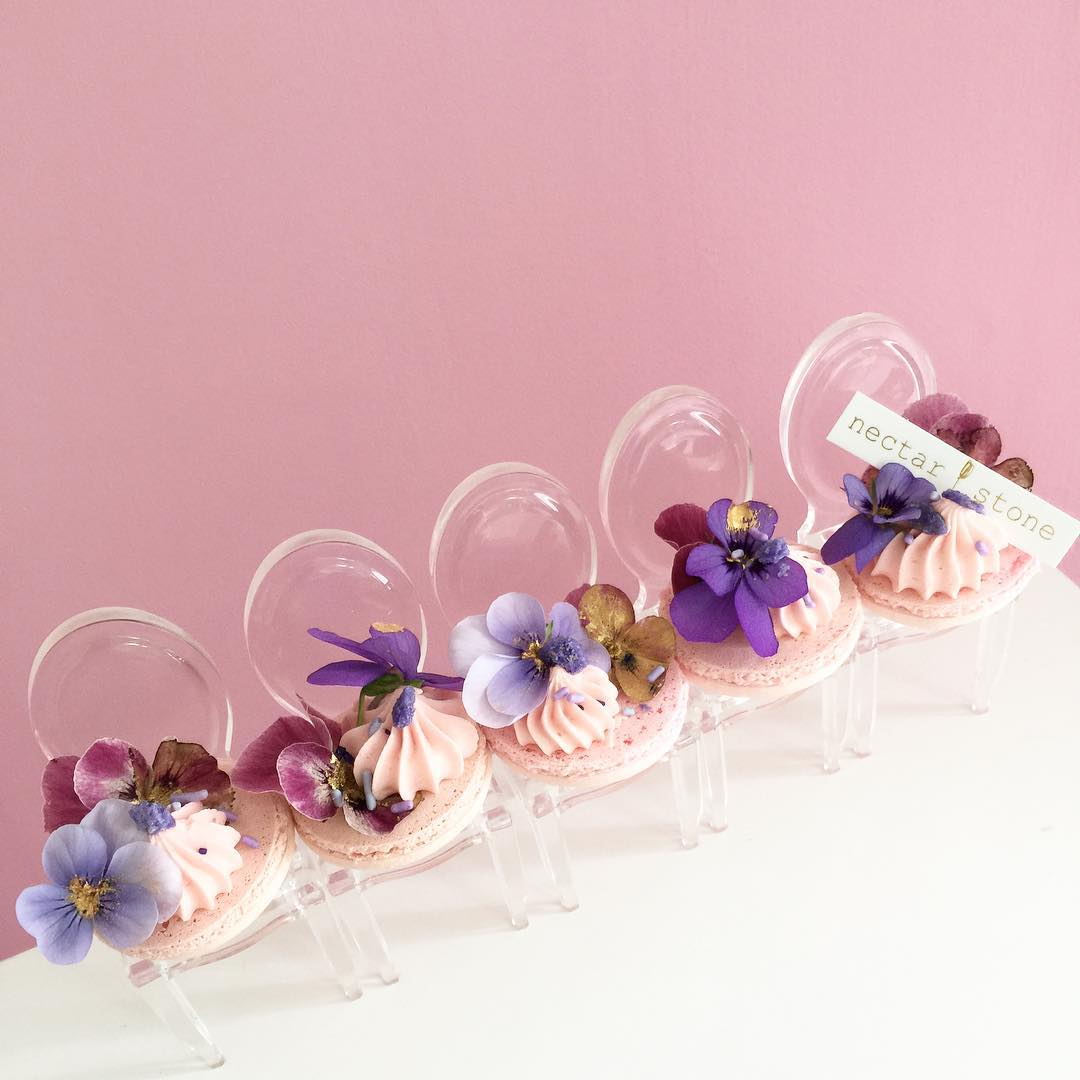 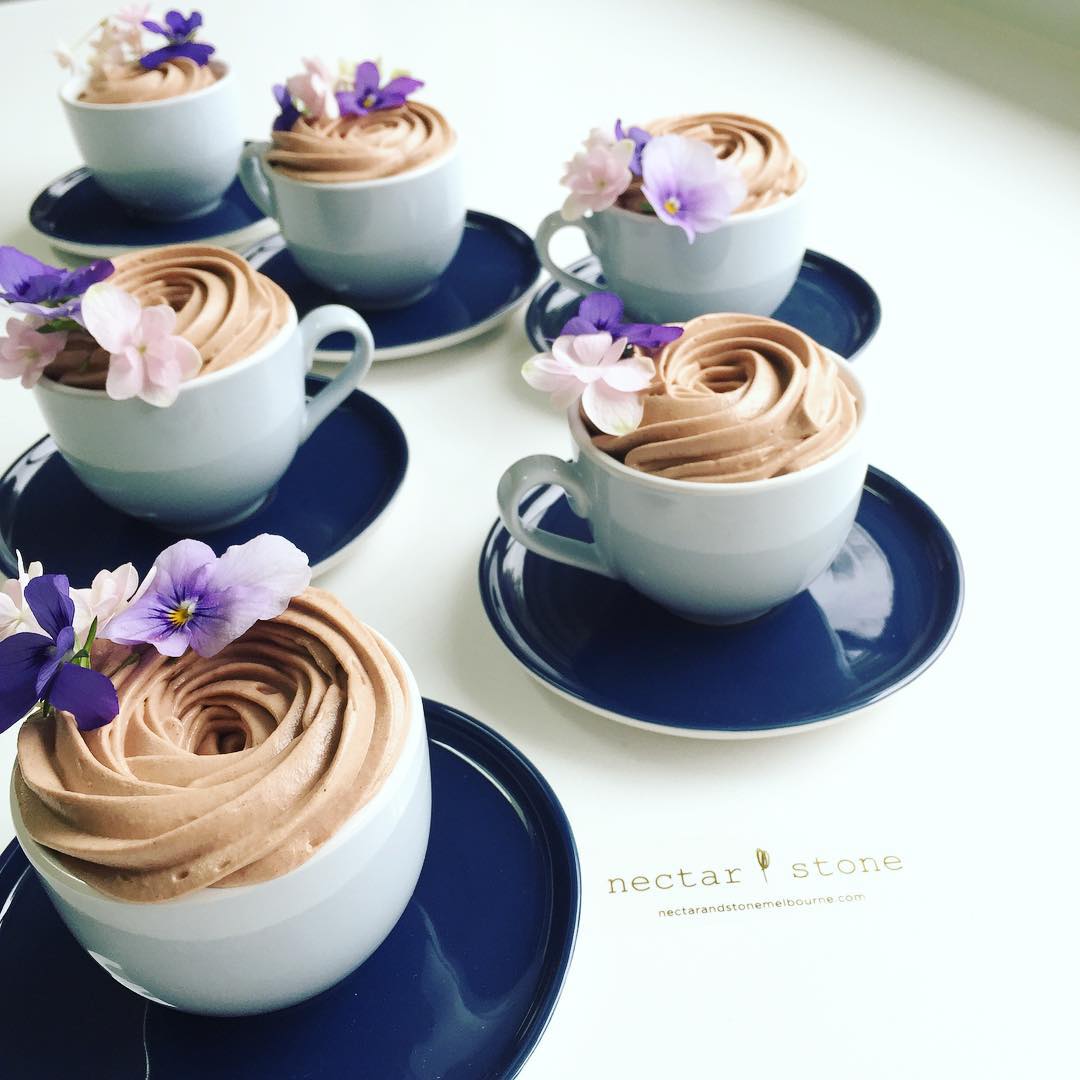 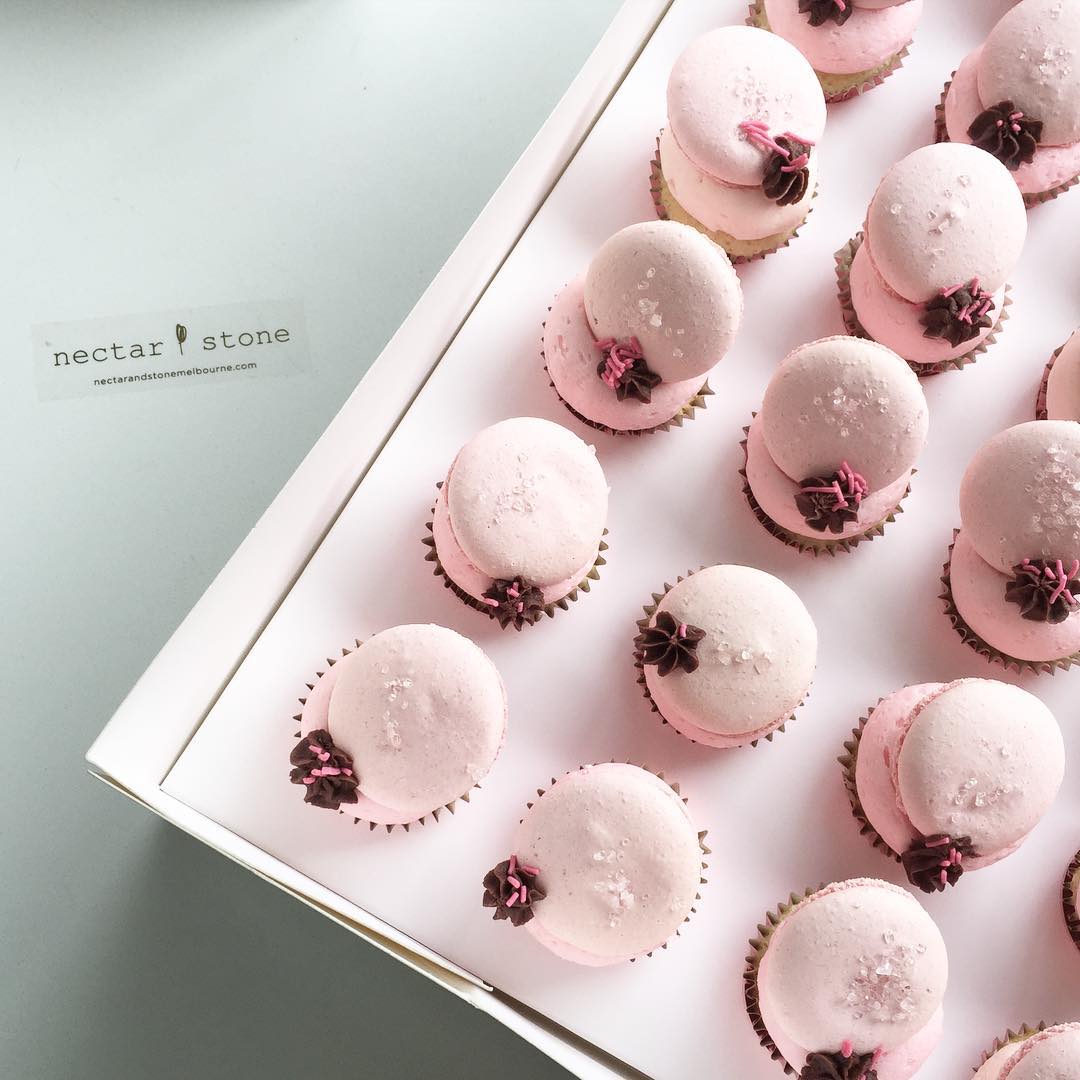 Gorgeous, right? I’ve don’t really consider myself much of a pink girl, but these pastel pastries have me reconsidering that. I am in love with that lavender and pink “Yay” cake. I’ve showed it to Andy a few times and commented on what an amazing birthday cake it would be. I think he gets the hint. If anyone would love a macaroon birthday cake, it’s this girl.