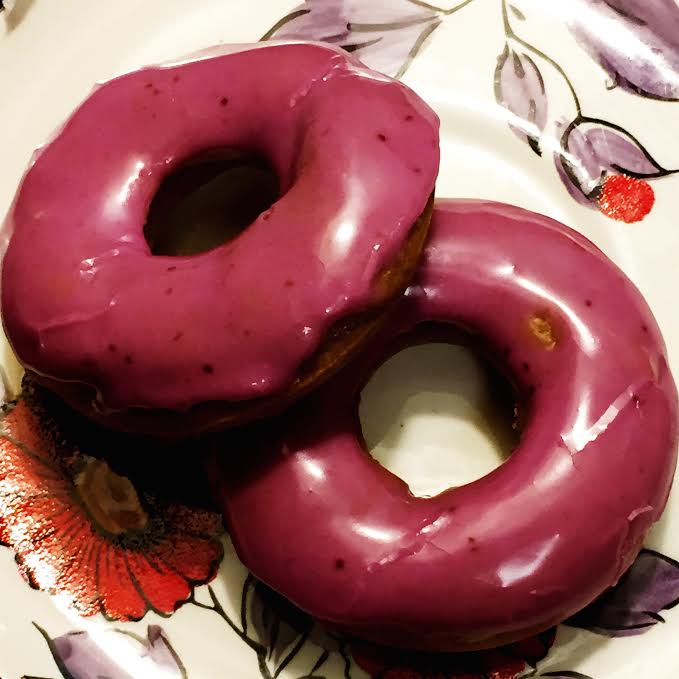 So, I have finally decided to try my hand at making my own doughnuts. I know there is a huge debate when it comes to baking vs. frying, but I decided to start with baking since A) that is the style Andy and I like best and B) I don’t like cooking that involves large containers of hot oil. I have a scar on the back of my left hand from a deep fryer mishap when I was 6 or 7, and I have been leery of frying things ever since. I found this recipe for Baked Banana Donuts with Brown Butter Glaze on Rumbly in my Tumbly, and it seemed like a pretty easy place to start. 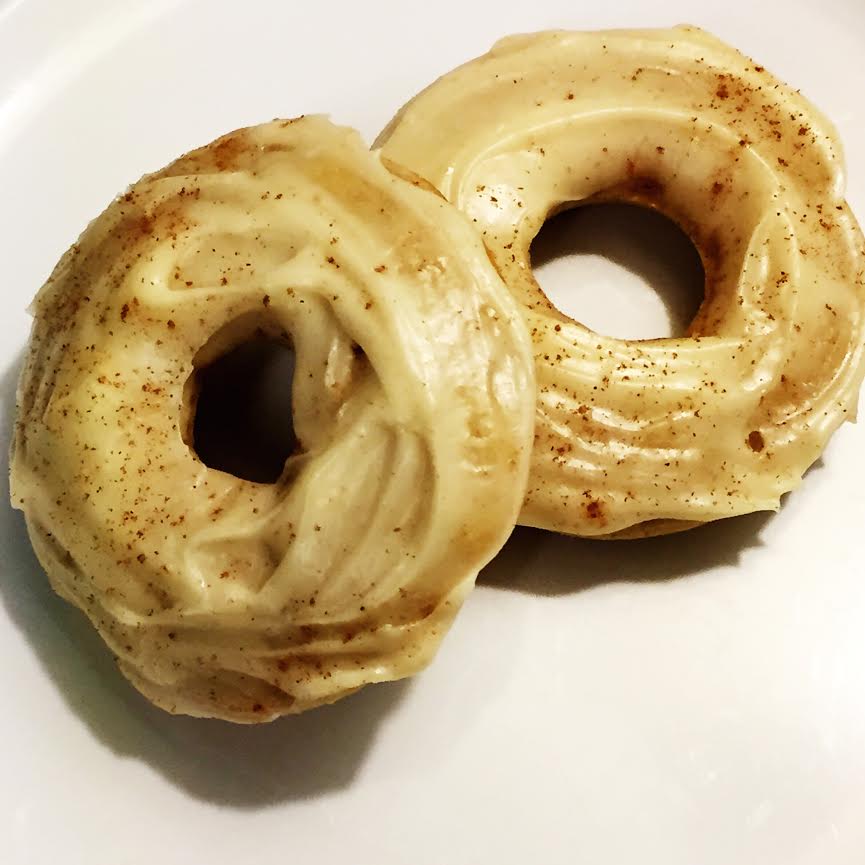 Directions:
Preheat the oven to 325°.  Lightly grease a donut pan.

In a large bowl, mix together flour, sugar, baking powder, cinnamon, and salt.  Make a well in the center of the mixture and add the buttermilk, mashed banana, beaten egg, vanilla, and butter.  Mix until all ingredients are just combined.

Spoon mixture into donut pan.  Each one should be about half full.

Bake for 8-10 minutes until baked through.  Donuts should spring back when lightly pushed.

To make your glaze, heat butter over low heat until it turns golden brown- about 6-8 minutes. Do not burn it, or you will have burnt butter donuts, which will not be good.  Remove from heat and add the powdered sugar, milk, and vanilla.

Dunk cooled donuts into the warm glaze, and place on parchment paper until set.  Sprinkle with cinnamon if desired.