Because I am a Crazy Cat Lady

If you guys have been around this blog for any amount of time, you know that I talk about cats… a lot. I also frequently mention my own cats and their fluffy escapades. It occurred to me the other day that it has been a few years since I last gave you the breakdown of how many and who is living with us now, so I wanted to give you an update on our fluffy horde. We sadly lost two about a year and a half ago and added a new member last December. I am going to try my best to keep this post to a reasonable length; TBH I could probably do a separate post about each of them, but I feel like that might be taking things a bit far. So without further ado, here are my fur babies: 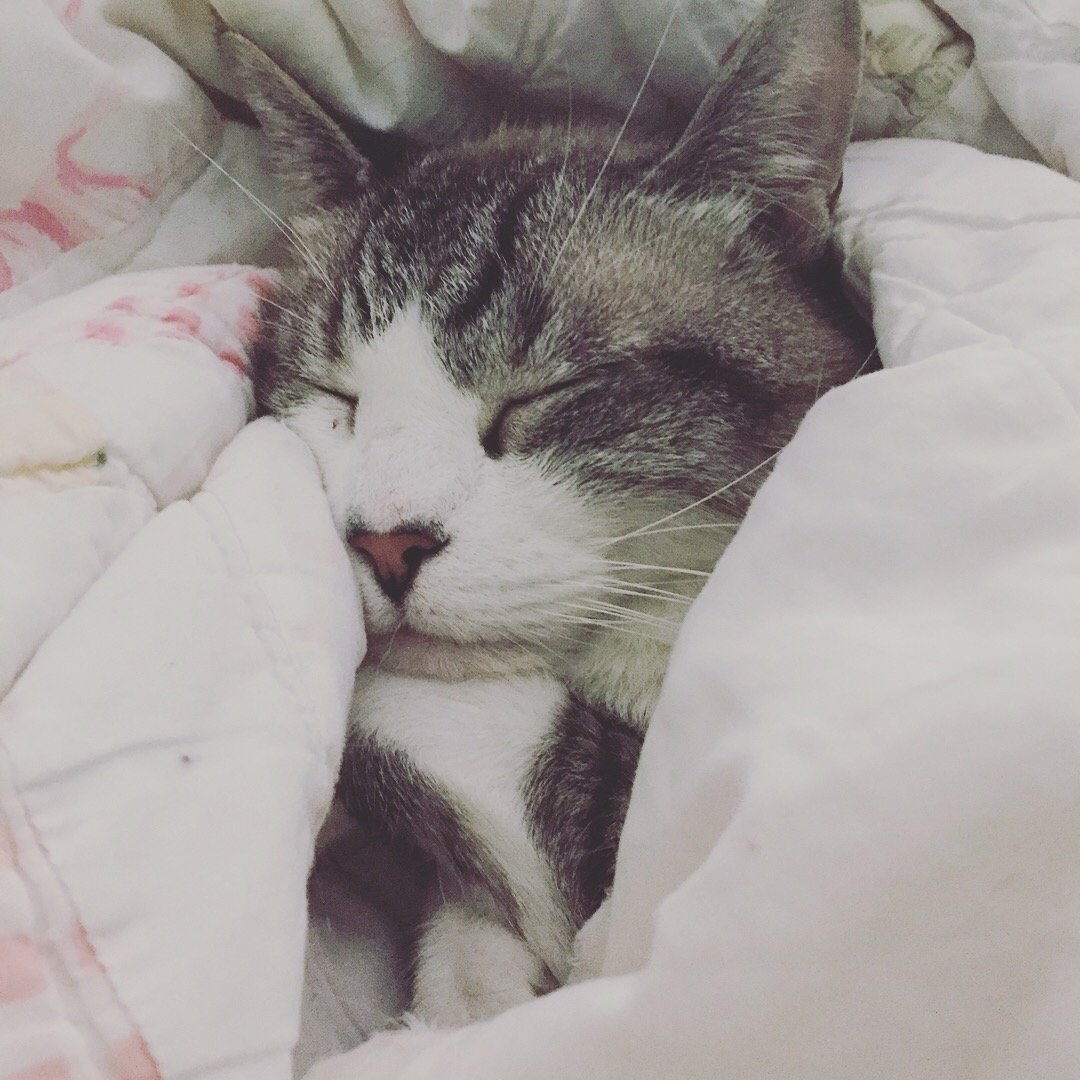 The first feline on the list is the oldest member of our fluffy family, Octavian. He and I have been together since I rescued him when I was 18. I was driving home with my mom, and we were at stop sign when we heard the most pitiful meows coming from a nearby tree. Upon further inspection, we found an adolescent kitty hiding in a tree while a large dog paced below and attempted to pull him off of the branch he was sitting on. We chased the dog off and brought the poor little thing home with us. He spent the whole ride in my arms shaking. When we got him home, we realized that someone had tried to burn him. He was missing whiskers and clumps of fur, and I begged my mom to let me keep him because I knew he would never get adopted in his current state. She said yes, and that was that. He has been with me through college and many of my major life events, and he is my main fluffy man. The last few years have been a bit rough; we found out he is diabetic, and it’s been difficult finding a treatment that works well for him. He also hates Andy, which I feel badly about, but it leaves me with all sorts of funny stories. I love this grumpy old man dearly, and I hope to have him passive aggressively torturing my husband for years to come. 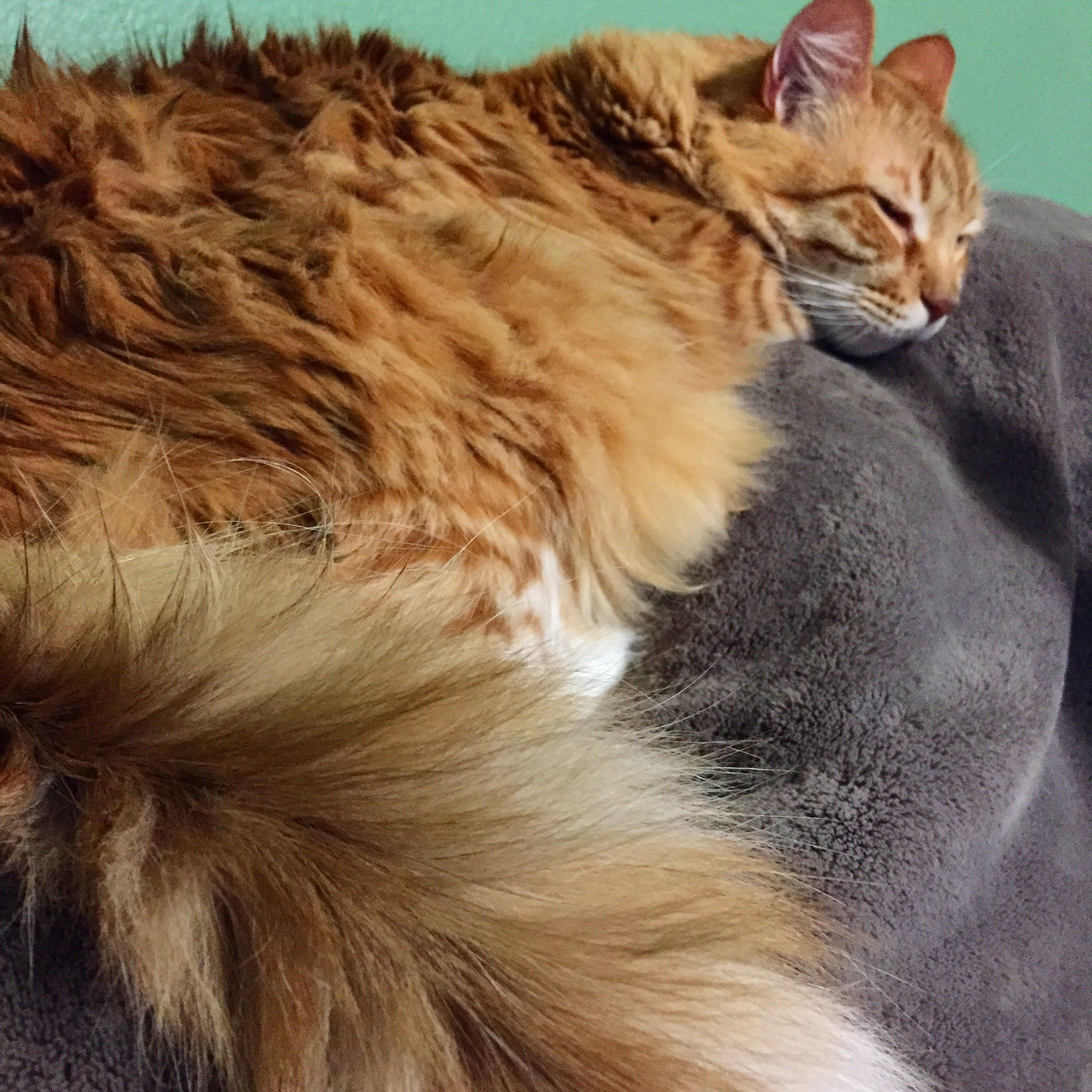 While he is no longer the youngest, Oliver is without a doubt the baby of the house. While we were going through the process of buying a home, Andy found himself pacing outside a restaurant while on the phone with our realtor, while I was inside settling up our check. As he paced, a fluffy orange kitty (about four months old) with a tiny green collar emerged from the bushes and rubbed against his legs. By the time I made it out of the restaurant, Andy was off the phone, and he had witnessed the kitty trying to follow other patrons into their cars and one into the restaurant. Based on the time of year, we figured it’d been abandoned by a college student who’d gone home for Christmas break (something that unfortunately happens all the time here). We decided to bring him home and take him to the vet the next day to see if he was micro-chipped (he wasn’t), and by that point, we were completely taken with him so we decided to make him part of our family. This little guy came along at the perfect time in our lives. He grew up to be a magnificent orange floof, who is as sweet as he is willful, and he gave us something to baby when we realized we weren’t going to be able to have children of our own. He is our entitled cuddle bug who demands to be in my arms while I read and Andy’s while he games, and he greets each of us at the door for kisses when we get home every day. Plus, he is a clumsy, flopsy mess that provides us with plenty of laughs and the occasional broken glass.

When I moved out of my college apartment and started working my first post-college job, poor Octavian was home alone more than he’d ever been. Knowing that I was looking for a friend for him, my aunt told me about a Hemmingway cat she’d seen on the local shelter’s website so I drove over to investigate. The cat had been adopted earlier that day, but I decided to look around for a bit. I fell for a feisty little calico kitten and the volunteer put Gracie and I into a play room to see how we’d mesh; when I mentioned that I was worried about how she’d get along with Octavian, they brought in “Socks,” a low key long term resident to see how she’d do. It did not go well; she was awful to poor Socks, and the volunteer and I both agreed that she’d probably be better in a single cat house hold. While Gracie was put away, Socks and I sat on the floor together. I reached over to pet him and he looked at me with the saddest gold eyes and leaned into my hand. Turns out Socks had overstayed his welcome and the no-kill shelter was shipping him down to Tampa kill shelter the next day to be put down (which I didn’t even know could happen). He came home with me, and as strange as it sounds, chose the name Stanley. Well until two years ago when I started calling him a “cheeky little pickle” which was a delightful turn of phrase I’d picked up from a book I was reading. Now he will only come if you call him Pickle. By far this little guy has been the most rewarding cat I’ve have ever had. He loved Andy from the moment they met; after a year, he started walking around with his tail up instead of tucked under. After a year he learned to snuggle; after two he learned to purr. We’ve had him for almost 7 years and last year he started to meow. I actually cried when it happened. Our scaredy cat turned into a cheeky, snuggle demanding little fluff ball that makes kitty muffins to the beat of songs that he likes and loves to watch TV with us in the evenings.

We’re not entirely sure what Alonzo’s story is; he just showed up in our backyard one day. He was a bit… well… pudgy so we thought that he was actually a pregnant female. We put out food, but we were wary of ending up with a house full of kittens. He stuck around, we realized he was a he, and eventually Andy started calling him Alonzo, and I was spending my weekend mornings sitting out on the back patio with him sipping tea. We were resigned to feeding yet another outdoor cat (we have two feral cats that stop by regularly) but then there came the night he decided it was a good idea to get into it with a raccoon. The raccoon got too close, and he decided it was a good idea to slap it in the face. Immediately I grabbed him up and slammed our back door. The raccoon had no idea what was going on, and as soon as Zo realized he was in my arms inside the house, he became a happy puddle of purr and snuggle. He is the biggest snuggler I’ve ever encountered; I’ve even had friends come over just because they wanted a Zo cuddle fix. He is also obsessed with Octavian. Octavian is his absolute favorite thing ever, and he spends most of the day curled up next to him. 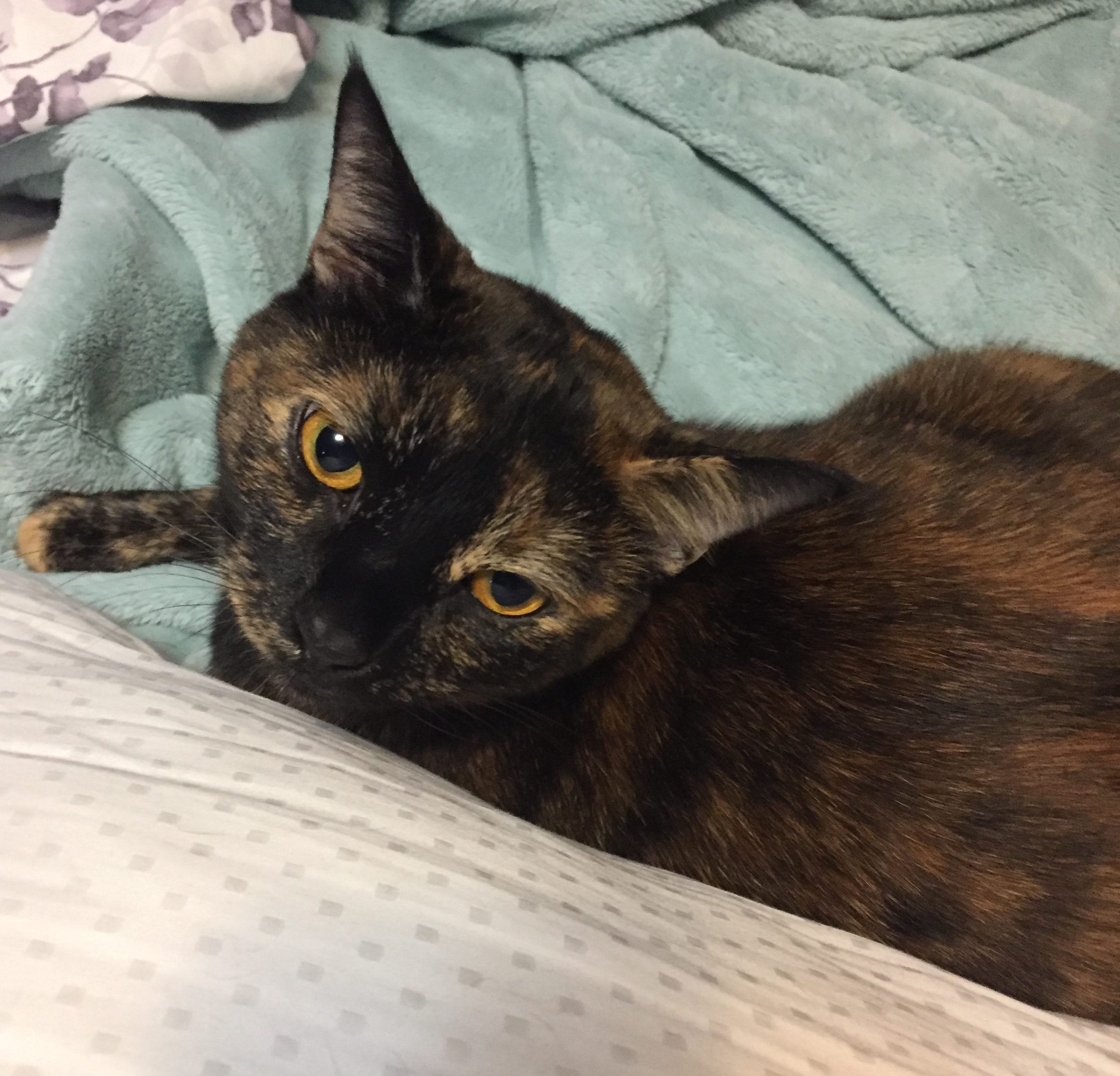 Fiona is our newest addition. She was my dad’s cat, and after he passed, I knew I had to keep her. He loved her very much, and I will do my best to take care of her the way she took care of him. It’s been a bit of an adjustment; the boys are all over 7, and she is barely 2. She is loud, demanding, and into everything, but she is very sweet and absolutely adores us. She is right behind Oliver to greet us as soon as we get home, and if you don’t give her kisses and ear scratches, she will stand there and yell until you do. We’ve had to baby proof the house; she likes to shred toilet paper…a lot. We put it in the cabinet under the sink, and she pawed the door open and pulled out. We put it in a metal cylinder under the cabinet, she drug it out, pulled over the container, and worked the roll out. I came home, and there was toilet paper all over the bathroom and she was sitting in the middle of it all and looking quite pleased with herself. I do have to admit, though, it’s been nice having another female in the house. 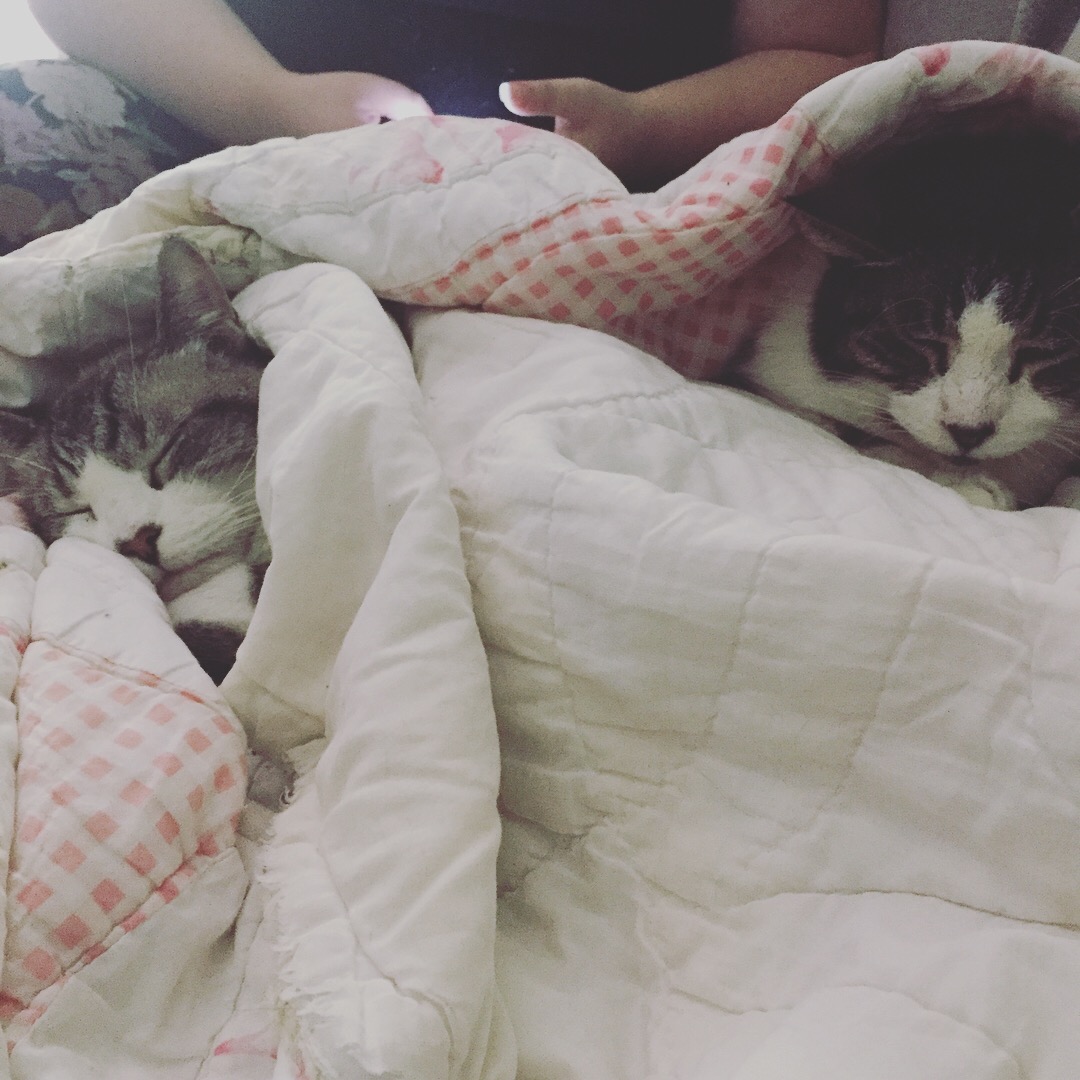 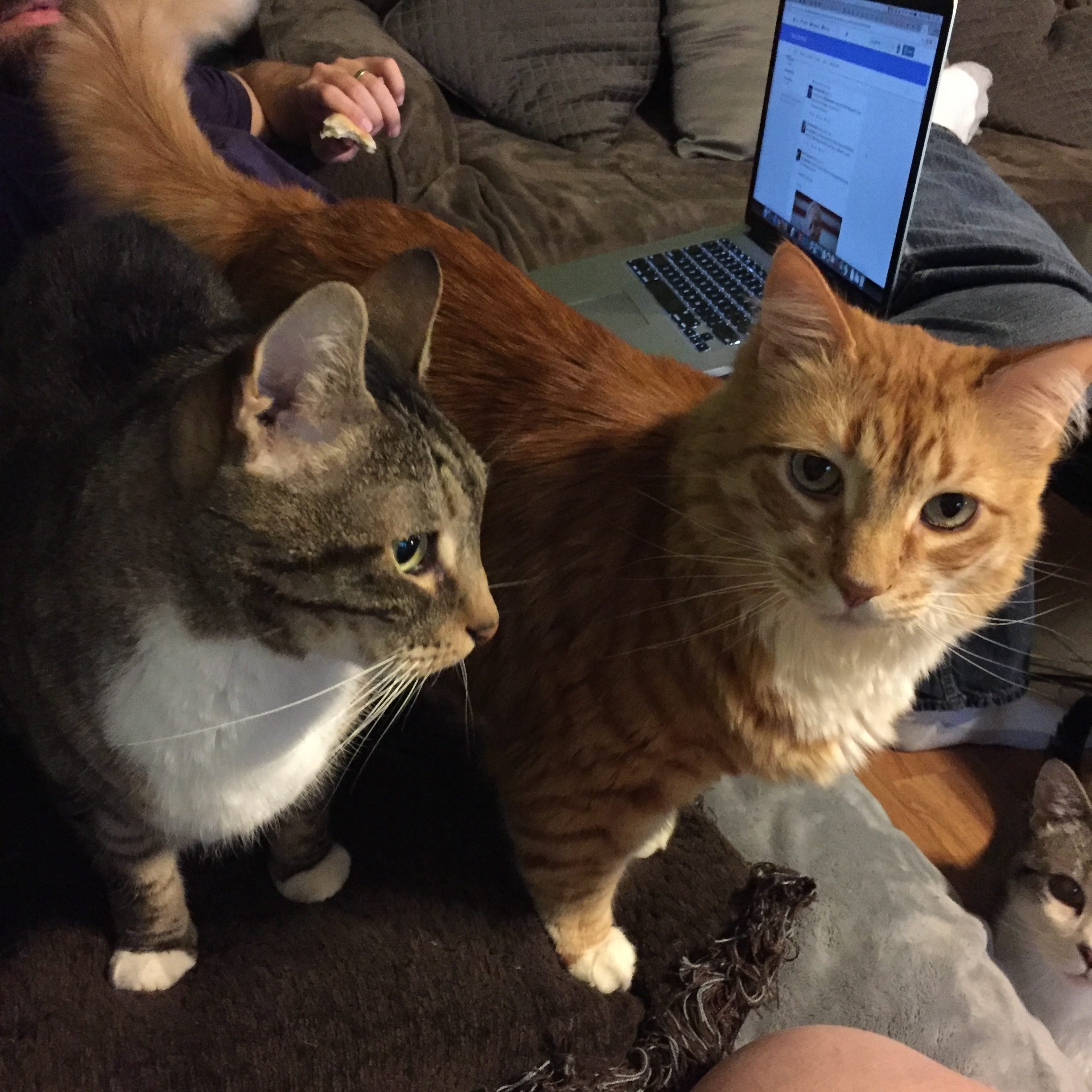 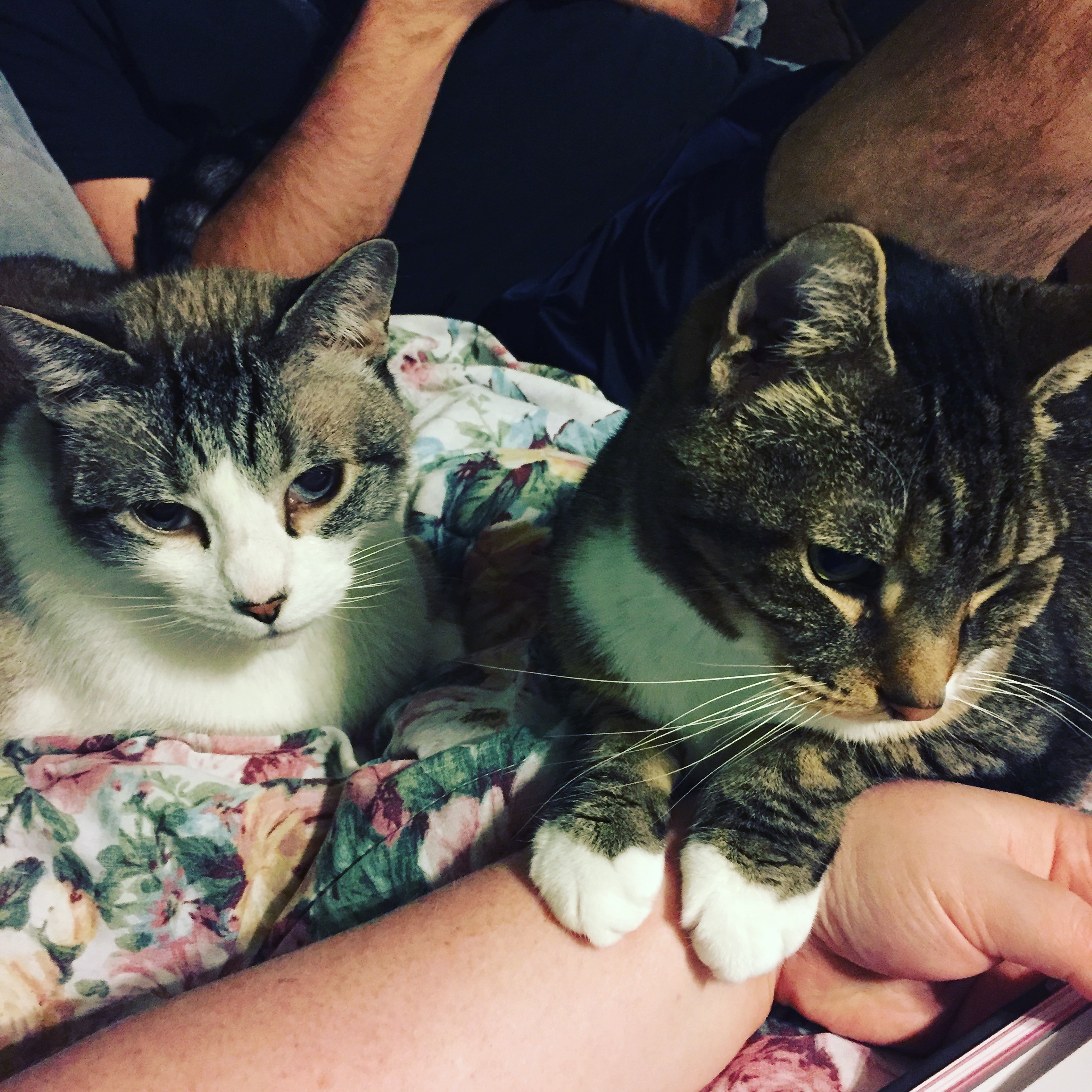 Did you make it through? I am a bit ridiculous when it comes to my babies, but they’re a big part of my life and love them dearly.

I’ve always been a bit jealous of people who have pets that don’t mind playing dress up. My uncle has a Pomeranian that LOVES playing dress up. She figured out a long time ago that dressing up got her extra treats and attention, so now she patiently waits for you to dress her, then proceeds to prance about so in an “I’m so pretty” fashion. I tried to put an elf hat and jingle collar on Octavian once and he refused to do anything but glare and lay on the floor in a melted boneless kitty lump. The offending hat was later mysteriously shredded. Since all my fur babies are indoor only cats they don’t even wear collars anymore. Which I didn’t mind until I got an email from Bauble Bar featuring their latest batch of baby bling. 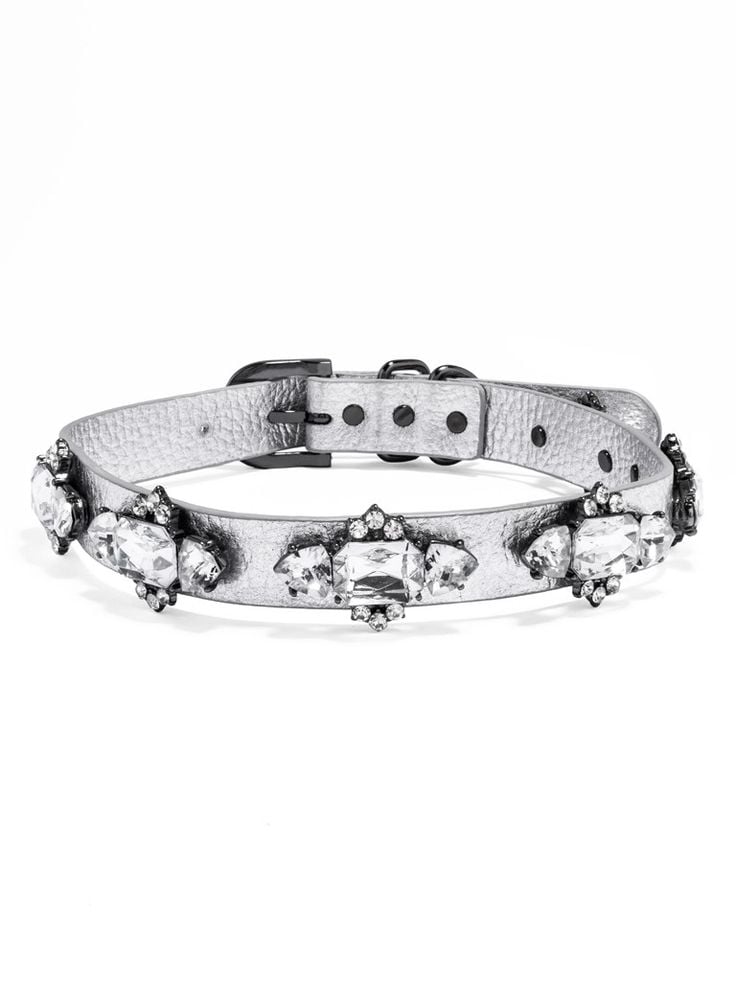 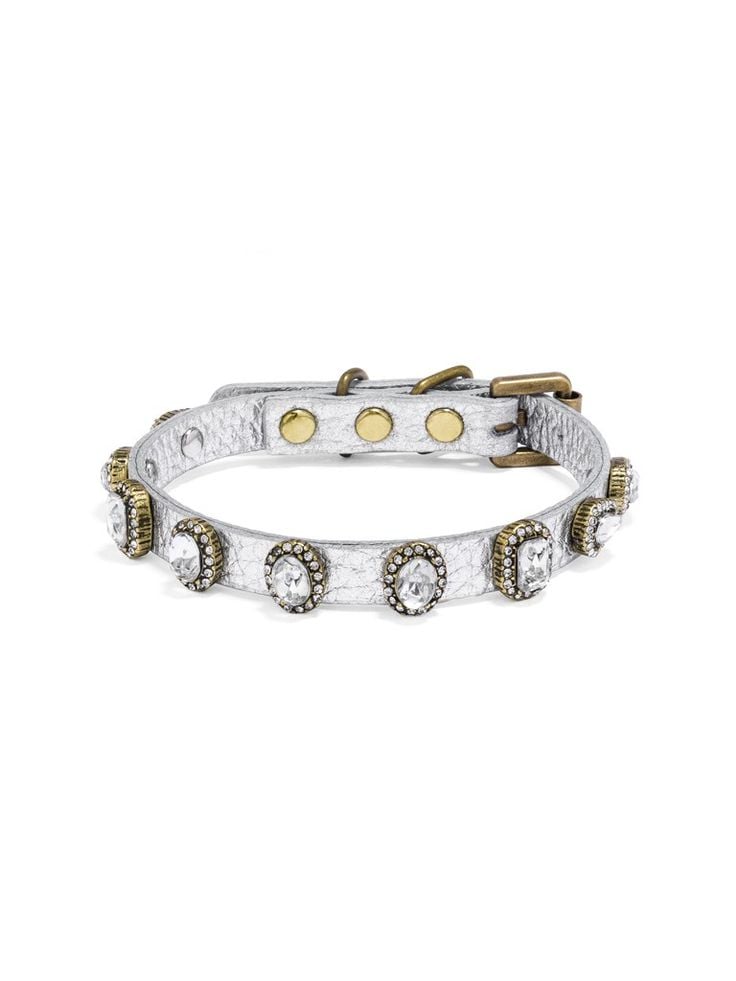 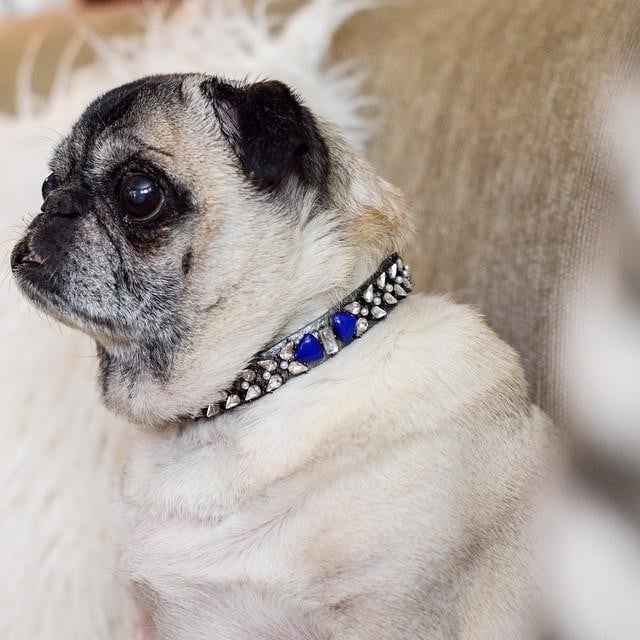 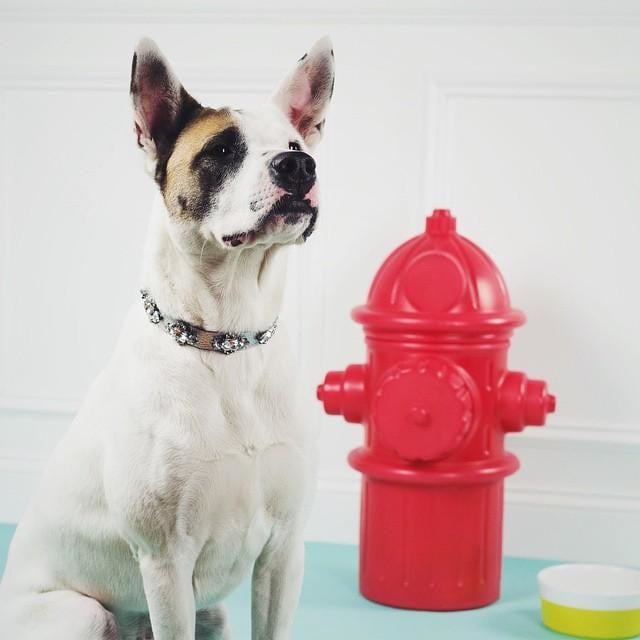 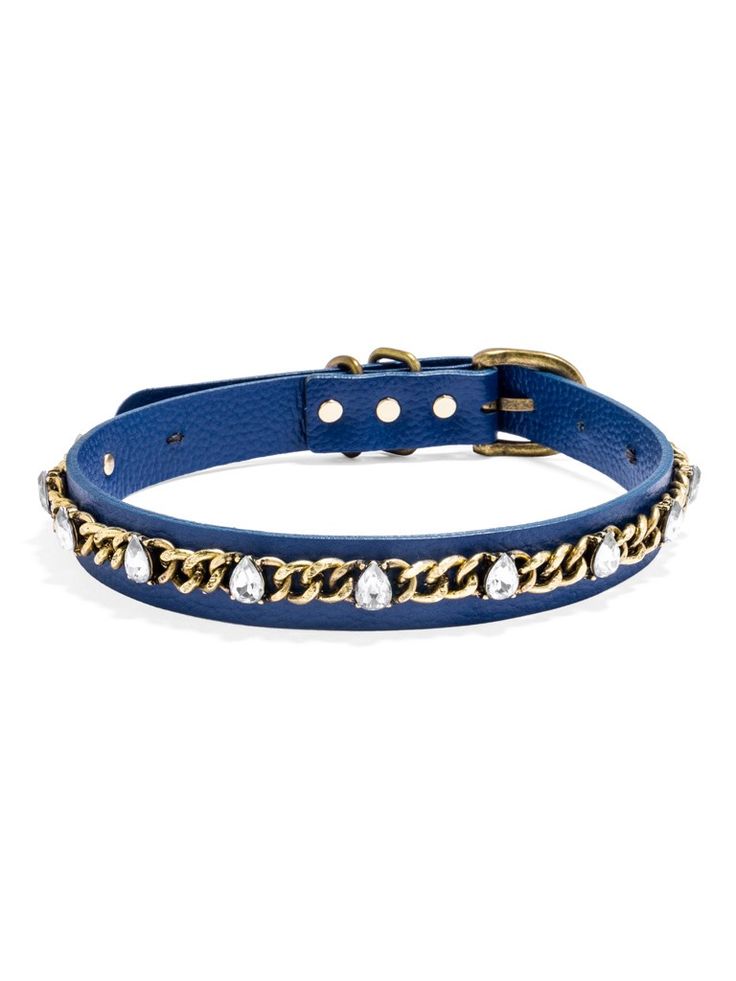 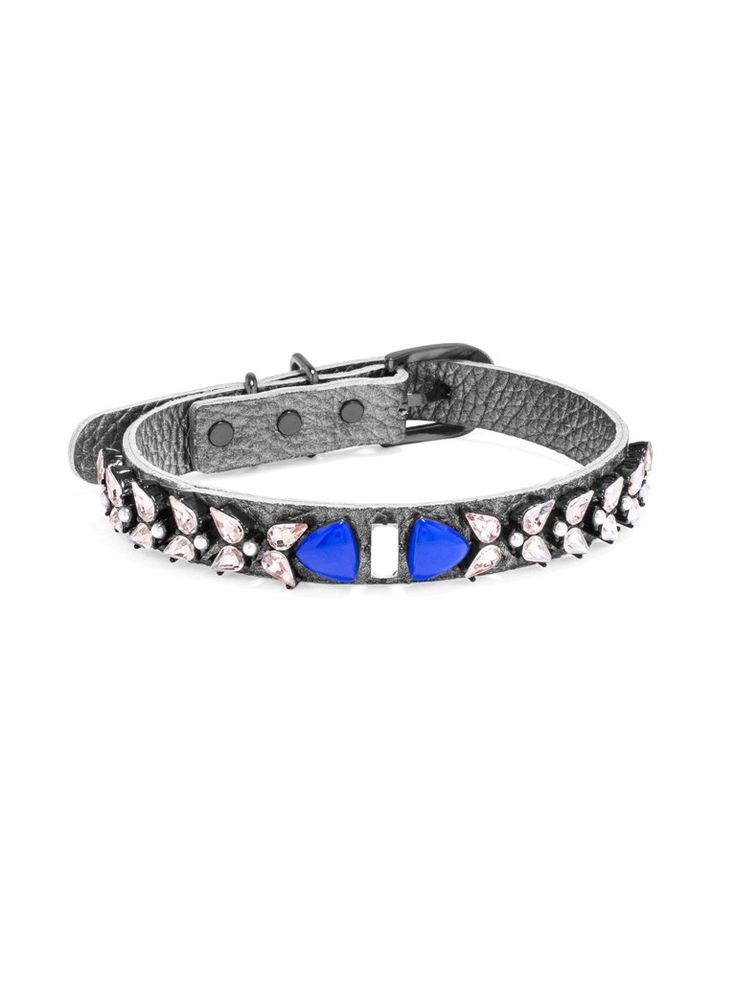 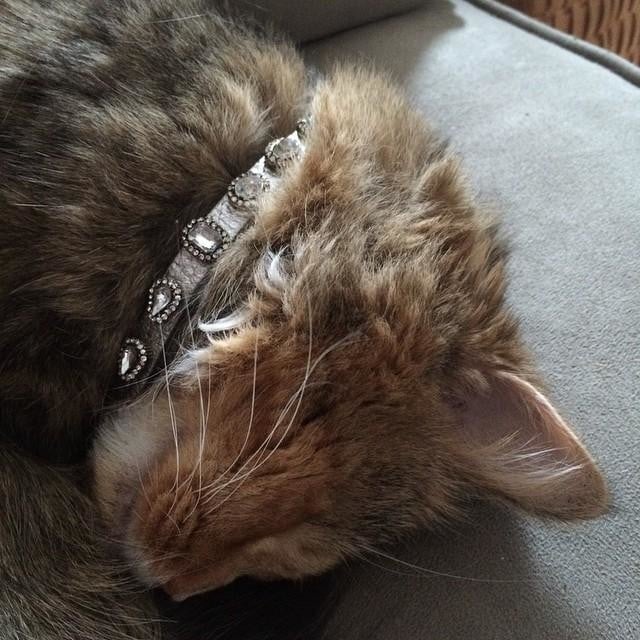 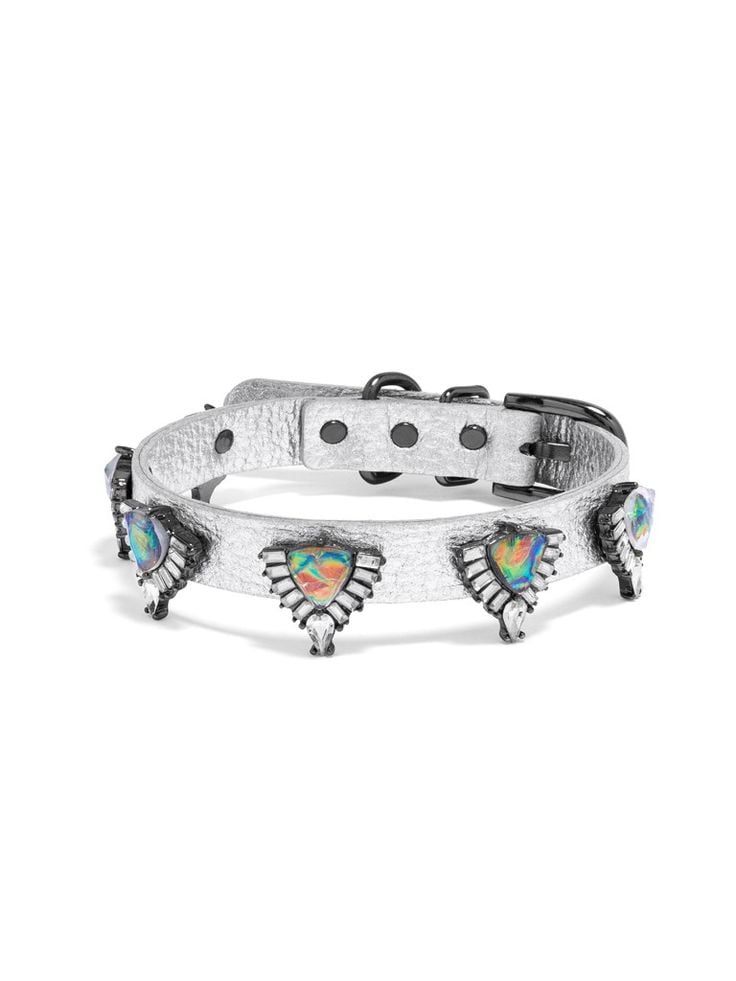 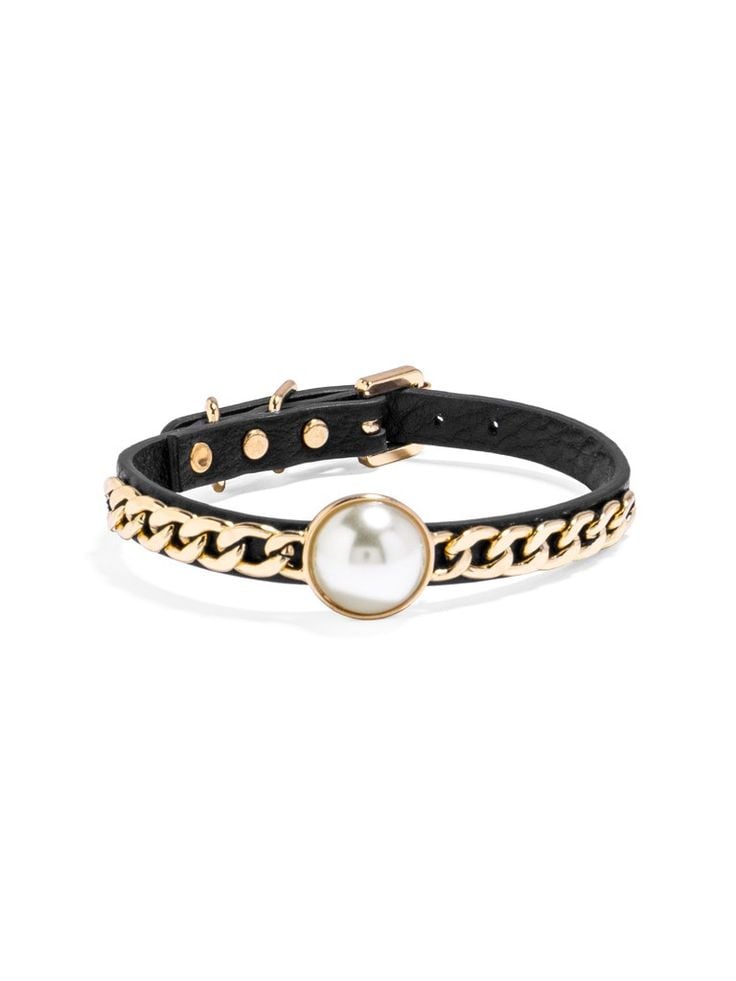 I want to buy my babies bling so badly! They would be fashionable as well as adorable.

All images from Bauble Bar.