Okay guys, I am all for scratch baking. If you got time and energy (and sometimes a little ingenuity), you can really create some amazing things. However, there isn’t always the time to trial and error your way into greatness. Keeping a mix or two on hand for a baking emergency, especially when you are baking with dietary restrictions. No lie, there is always a GF brownie mix or cookie mix in my pantry. I’ve gone through a few different brands, and though I deviate from time to time, King Arthur is my tried and true go-to. 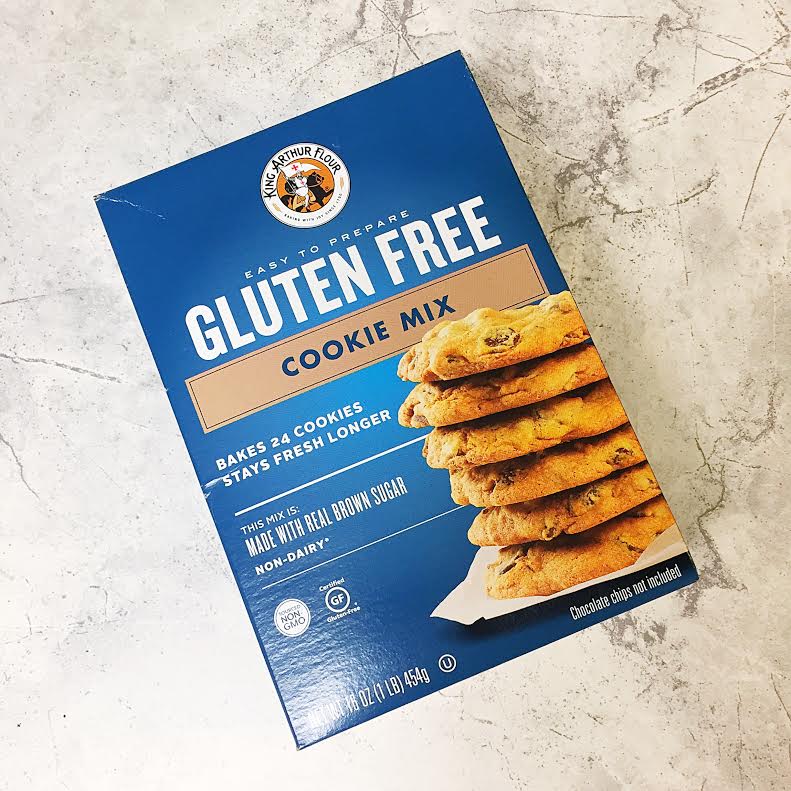 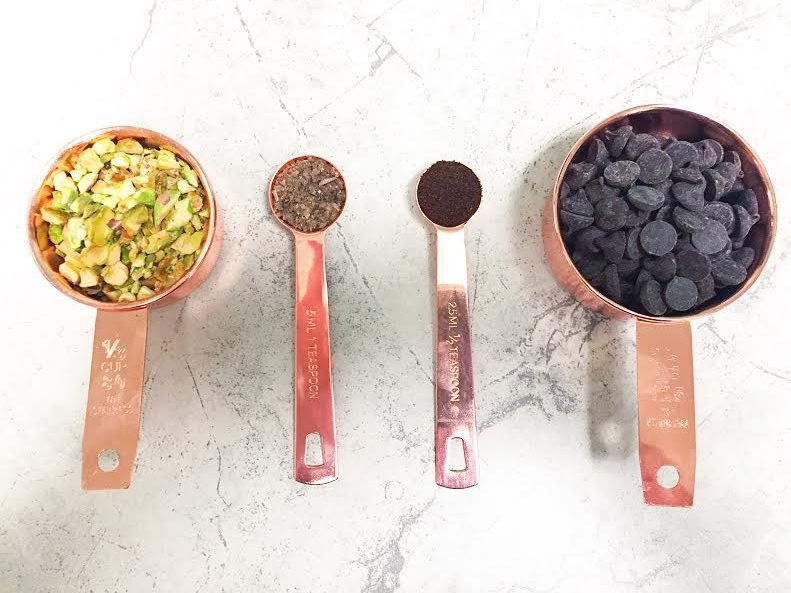 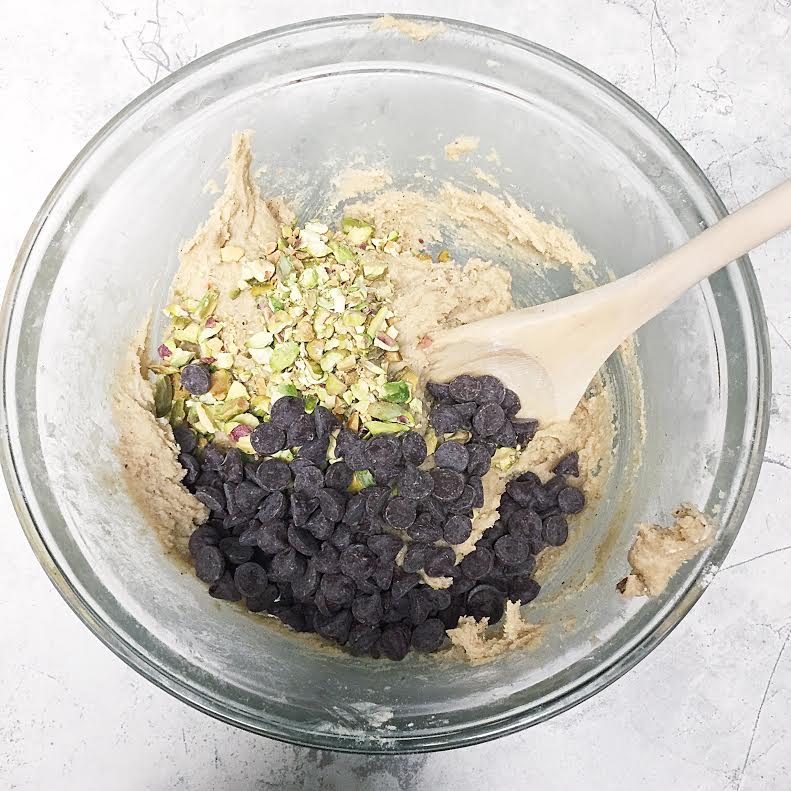 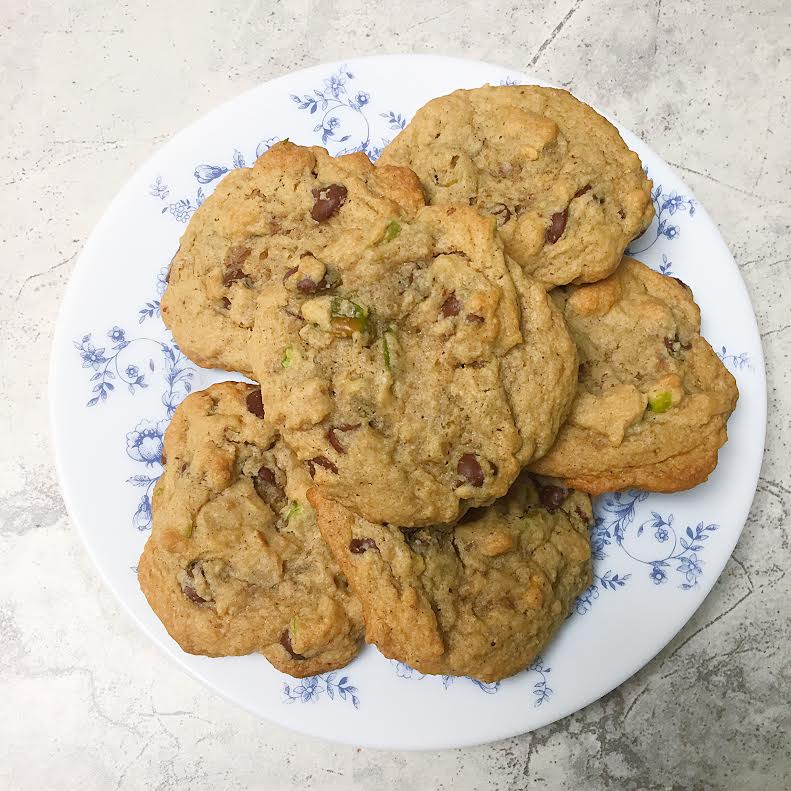 Look how pretty! These bad boys are so delicious, and yes, you need to make them. ASAP. Seriously, go get some mix now.

I bake quite a bit, and I am always on the look out for tips and tricks that will make the process easier… especially when it comes to baking for people with dietary restrictions (vegan, gluten intolerant, etc.). I’ve noticed many bakers regard specialty baking as overly complicated and unsatisfying, and that couldn’t be farther from the truth. Nor should it be regarded as something you shouldn’t try unless you’re already a skilled baker. One of the best things I discovered while trying out gluten free baking was that my favorite brand of flour (King Arthur) had a whole line of gluten free products. Everything from all purpose baking mix to actual cake and cookie mixes, and you know what? They are pretty awesome. Most of my taste testers firmly assert that they can’t even tell the difference. So when my gluten intolerant friend requested something chocolate, with fudge and berries for her birthday I knew exactly what I wanted to do. 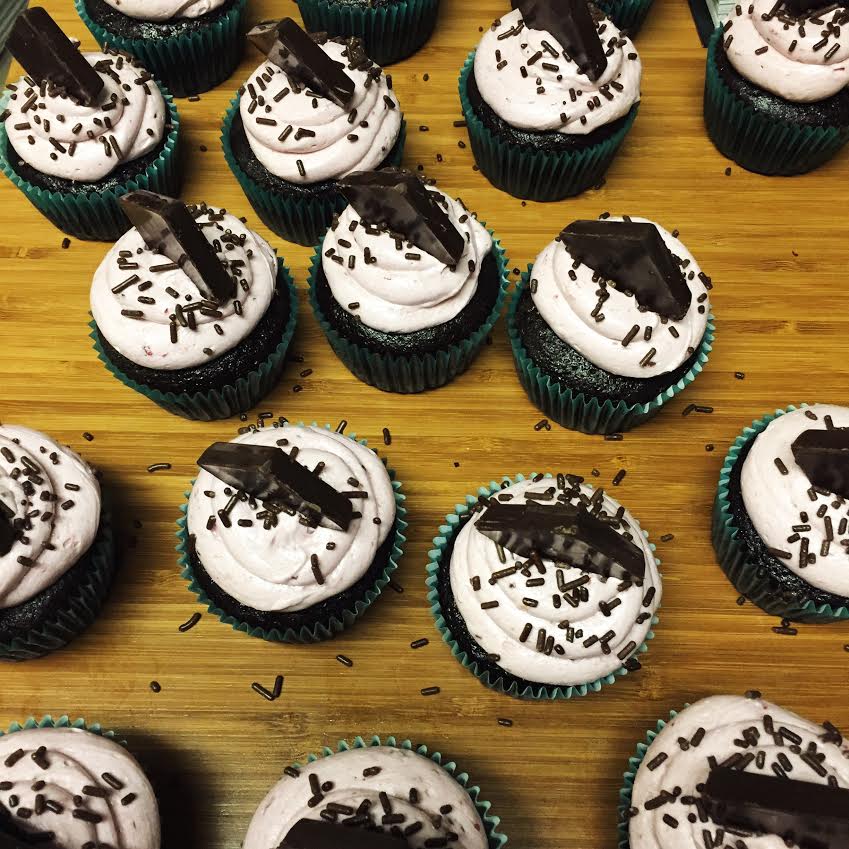 Fudge Filling (adapted from this recipe): 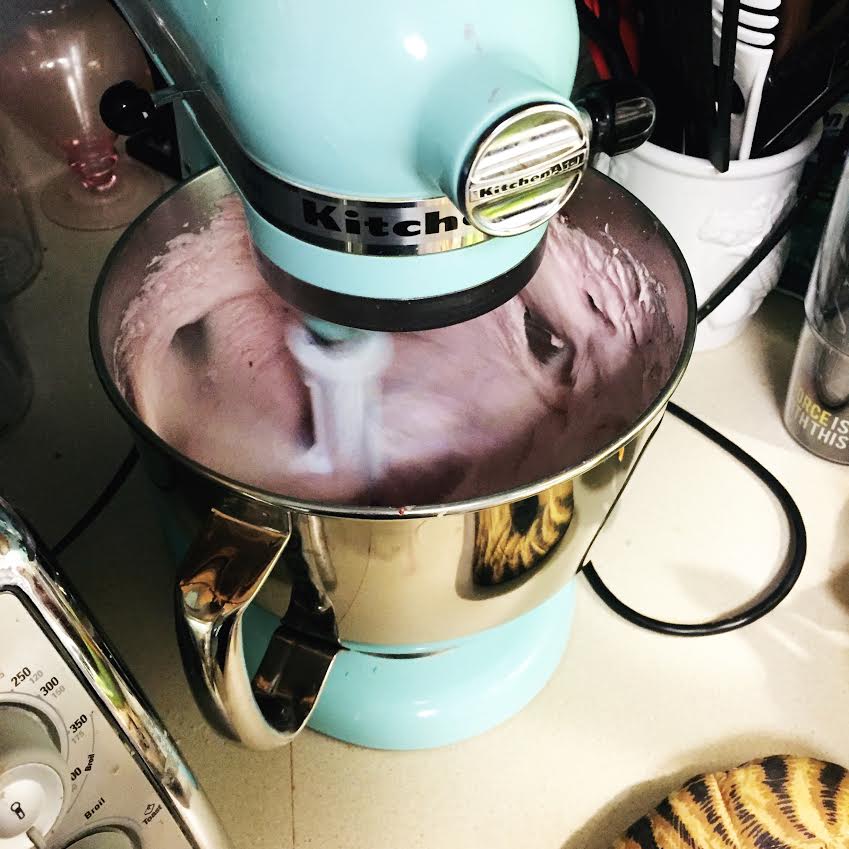 *I have received no compensation for this post; the opinions expressed are 100% my own* 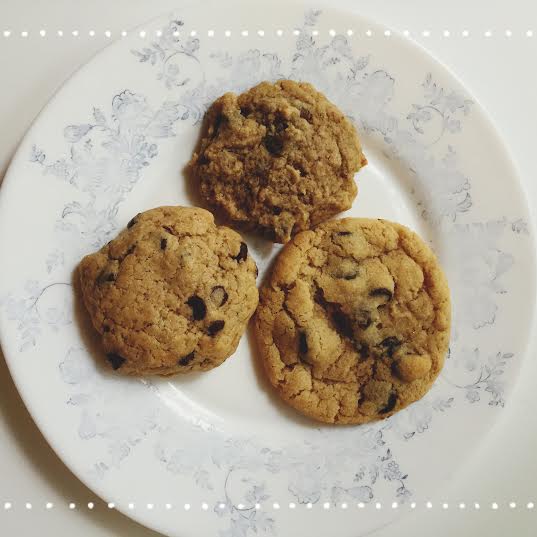 As I mentioned on Friday, I allow myself two cheat meals a week, and as long as I keep it reasonable, I let myself have dessert as well. This weekend I really, really, really wanted a chocolate chip cookie, and I fully intended on making my own, but then I started to doubt my skills. I’ve made plenty of chocolate chip cookies over the year, but I wanted to go gluten free, and I’ve never made anything gluten free from scratch. I even found a super simple recipe on Audrey’s Apron, but I chickened out when I saw the words “xantham gum” (which I have since learned is not scary at all). Summation, I went to Whole Foods and came home with three boxes of GF Chocolate Chip Cookie Mix, and yes, I baked them all. Andy and I had an impromptu taste test, sampling one of each last night, and then boxed up the leftovers and sent to Andy’s co-workers. Here are the Bucior household results: 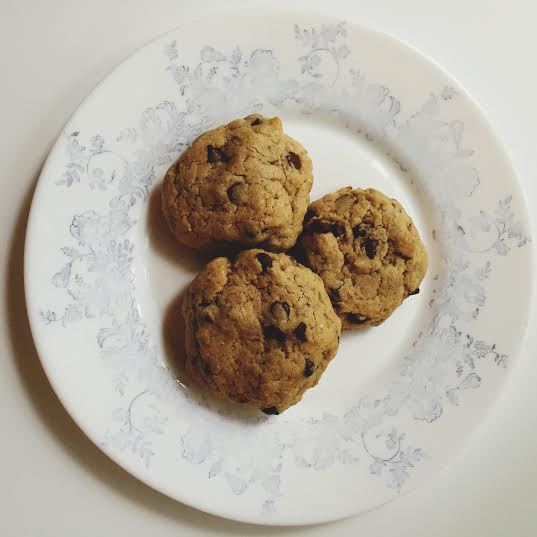 These cookies were very thick, but they bake up more cake-like than cookie like. The flavor was just okay, kind of like cardboard with sad chocolate chips. I believe the term “beige” was thrown around. The batter was even meh, after trying a bit I made Andy eat a cookie before I’d agree to try them. He ended up with the other half of my cookie. Verdict: Last place from Andy and Me. I’d never eat them again, but he said he would. 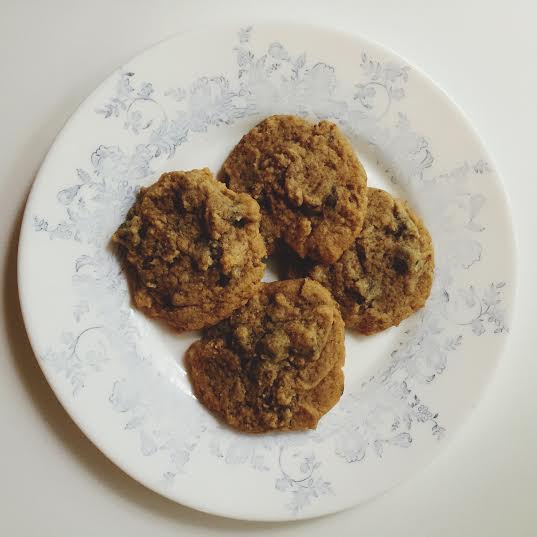 I really wanted these to be the best cookies. I’ve had the premade vegan Ginny Bakes cookies before, and they were crazy good. These were the ugliest cookies of the bunch, and they didn’t bake up much at all. I liked that the dough itself had a noticeable salt tang to it. I think the best desserts have a good balance between salty and sweet, but Andy felt like the salt was a drawback. The texture was nice and chewy, but they did fall apart a bit while we were eating them. Verdict: We both gave these a solid second place, and we would absolutely make them again. *Note: Next time I will go for bigger cookies and just up the bake time. 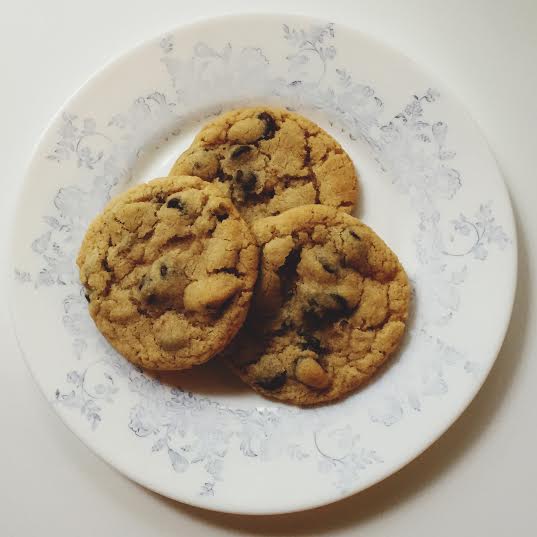 I really like the Immaculate Baking brand. They have great cookies, cinnamon rolls, scones, pretty much everything I’ve ever tried by them has been delicious. So no surprise, these cookies were the best. They looked the best; they tasted the best; even the consistency was the best. Were they not a little grainy on the finish, no one would even know they were GF. Verdict: I had an extra one of these to make up for the half an Organics cookie I refused to eat. Best out of the three across the board for both Andy and myself. I might even make them again next weekend.

Honestly, these brownies are the result of me being clumsy. I was making brownies for Andy to take to the office and I had just seen the episode of Barefoot Contessa where she talked about simple ingredients that can be added to recipes to enhance the overall flavor of a dish. None of her test subjects could figure out what was that made the flavor different, all they knew was that it tasted better. One of the recommendations was adding a little bit of coffee to chocolate baked goods. Inspired, I decided to go all Food Network and sprinkle a bit of instant coffee into my brownie mix, but being clumsy, ended up dumping in about 1/4 cup. I did my best to scoop out the extra granules, but everything that had actually touched the batter stuck.  I finally just mixed it in and baked the brownies. I warned Andy about my culinary mishap, but he took them to work anyway, and boy was I shocked when he called to tell that everyone had flipped over the amazing coffee brownies. So I guess clumsy isn’t always bad. 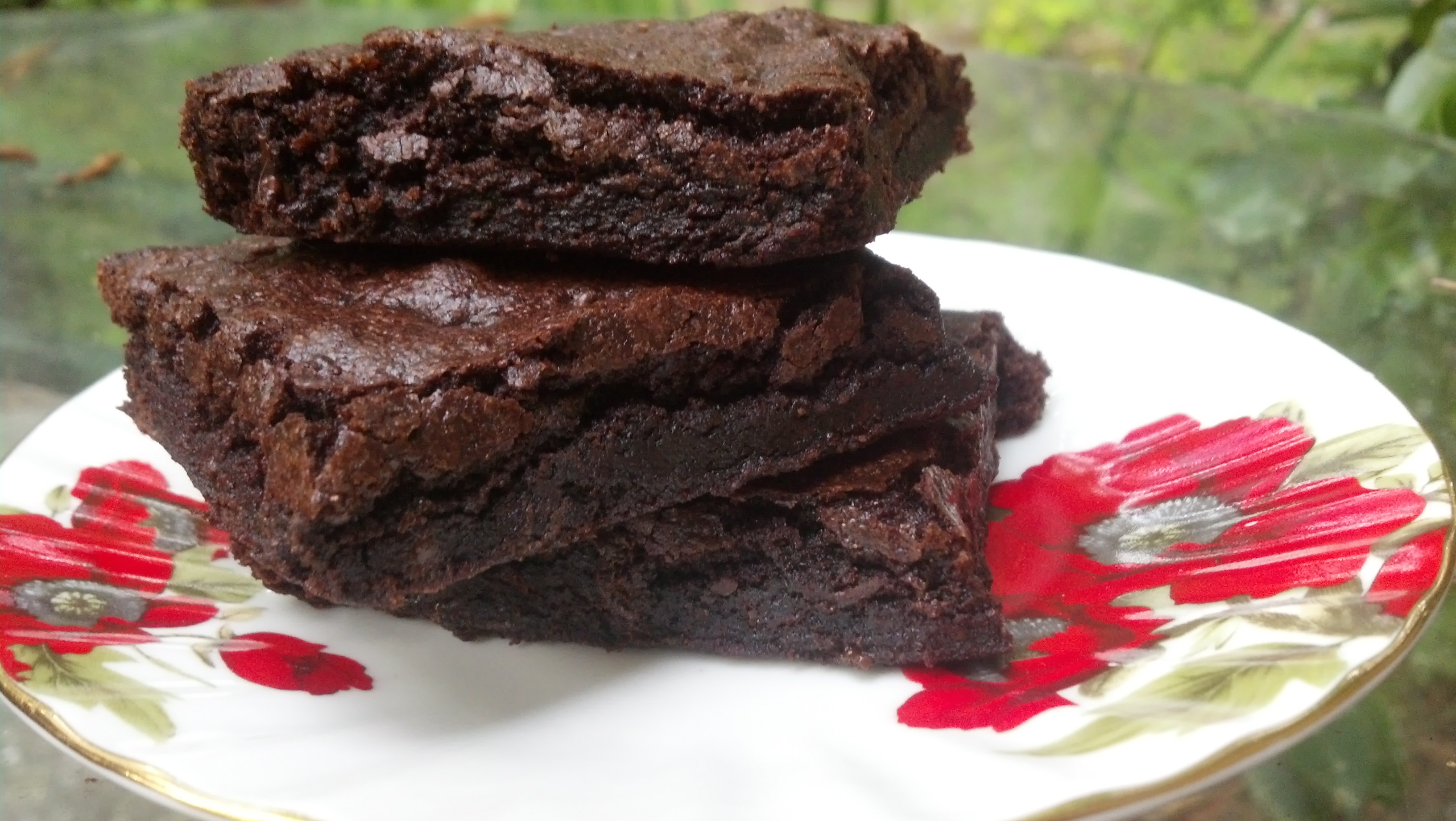