We found out that Andy is going to be at a conference the week of Halloween, and that means that I have unfettered control of the TV so I am queuing up my Halloween Watchlist. Honestly, Andy would probably be okay with most of this, but this way I don’t have to feel bad about picking up take out and spending the evenings’ binge watching my favorite spooky movies. Actually they are more spooky-magic-y-ish than scary; I am a huge scaredy cat, and I can freak myself out very easily. Even when I’m not home alone. We watched the first Paranormal Activity, and I had nightmares for a week – poor Andy got punched in the face while I was flailing about one night. Anyway, here is my Top 20 Spooky-ish Movies. 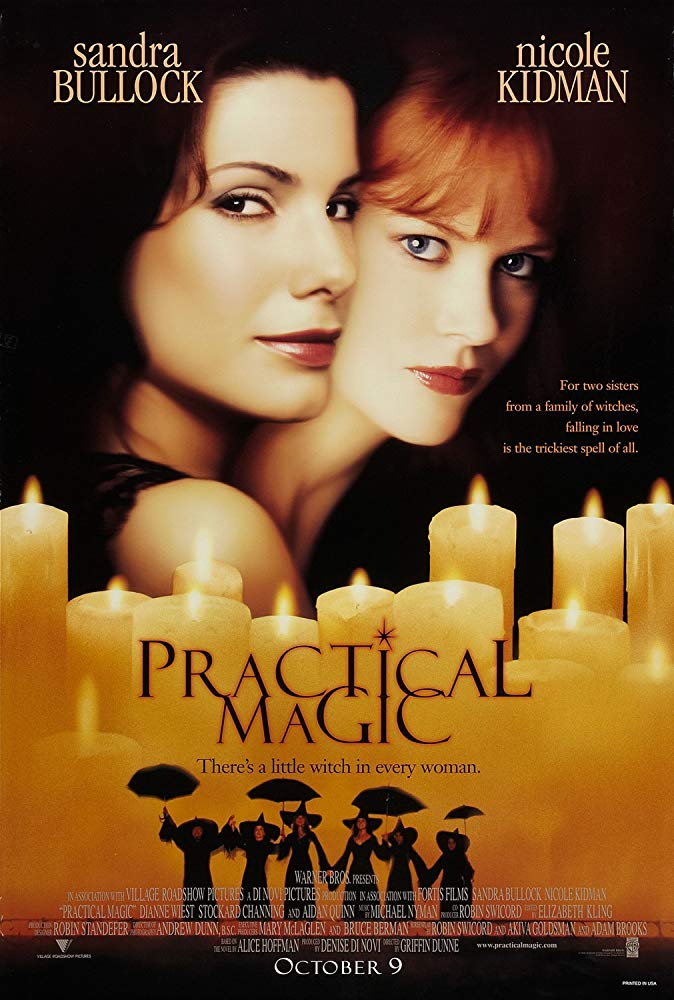 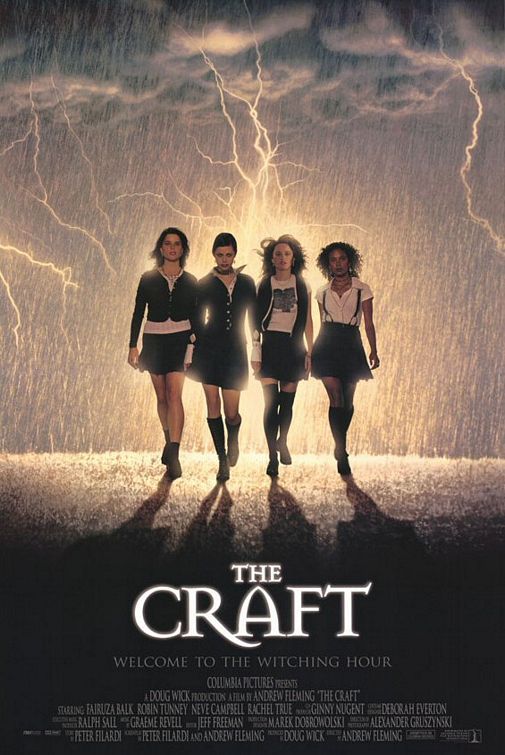 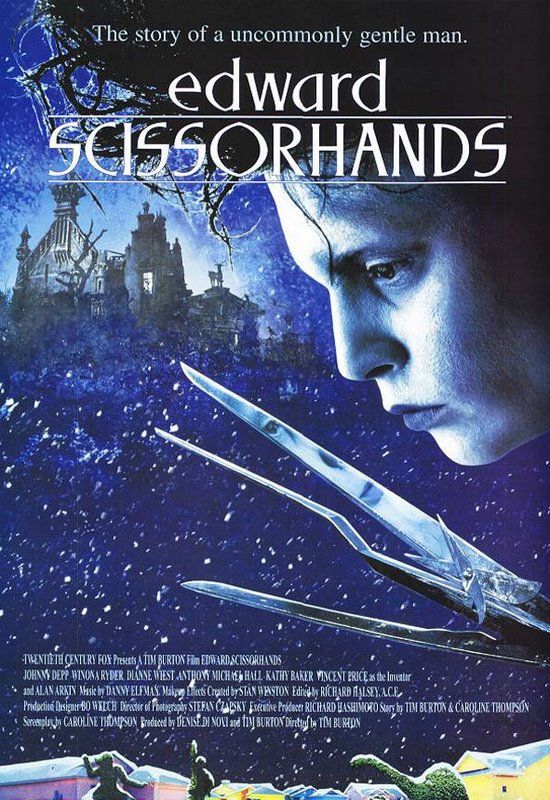 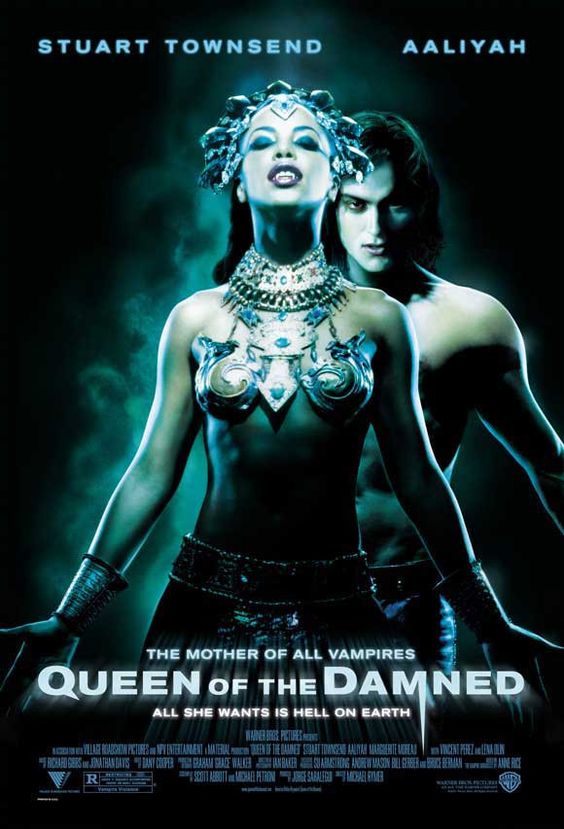 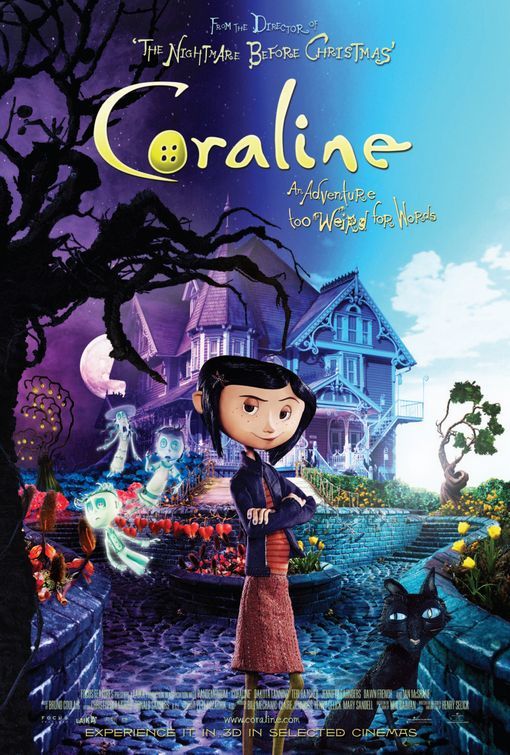 Honestly, I am really excited. I decided to participate a bit more in Halloween this year, and it has been completely worth it. I can’t believe I resisted for so long! What are the movies on your wishlist? Is there something only mildly scary I should be watching?

Halloween is just around the corner, and this year I have been getting into it a bit more than usual. One of the things I’ve been doing is going through my favorite “spooky” movies; here are my top 10.

Practical Magic – One of my all time favorite movies. Forever cursed by the spell placed on the Owen’s women by their ancestor Maria, Sally and Jillian struggle to become the one thing that has always eluded them, normal. Ostracized because of their name and abilities, the girls each strike out on separate paths to build a spell free life for themselves. But when tragedy and danger strike, the sisters have to band together and embrace their legacy to protect themselves and those they love, and hopefully, to find the happiness they’ve always searched for. 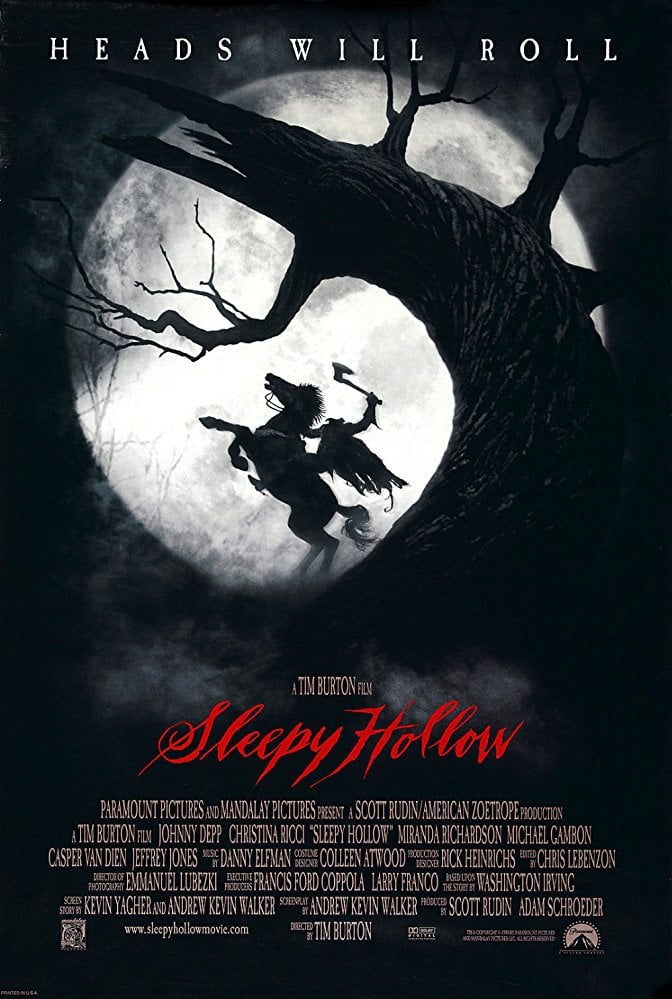 Sleepy Hallow – A wonderful interpretation of the tale by Washington Irving. The incomparable Johnny Depp plays the part of studious forward thinking police constable Ichabod Crane, who has been dispatched to the small town of Sleepy Hollow to investigate a string of grisly murders. Upon arrival he finds himself immediately swept up in the wake of the intriguing Katrina Von Tassel (Christina Ricci) and her complicated family. As the body count rises, Crane and his firm belief in facts and science are tested as political wrangling and super natural forces expose the seedy underbelly of life in Sleepy Hollow and force him to confront the ghosts of his past. 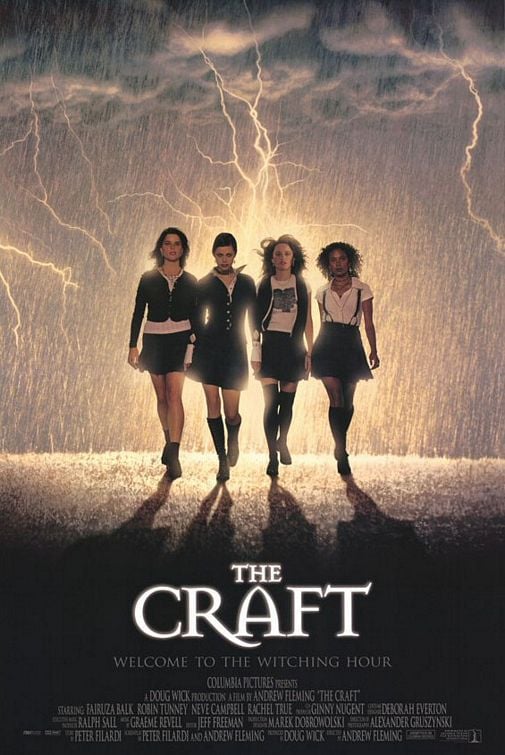 The Craft – I actually found out about this movie from a church meeting. The church administration decided to show us all a video on the dangers of witch craft in the media and why you should shouldn’t let your children read or watch anything from the Harry Potter series. It was supposed to be a “scared straight” sort of thing, but all it did was add movies to my mental list of things I’d watch as soon as I was old enough to make those decisions for myself. It’s 90’s angsty girl perfection with some questionable CGI and only a nod at accuracy, but a good watch. I’ve seen it dozens of times, but it still speaks to the part of me that will always be that awkward teenage girl wishing for magical powers and perfect late 90’s hair. 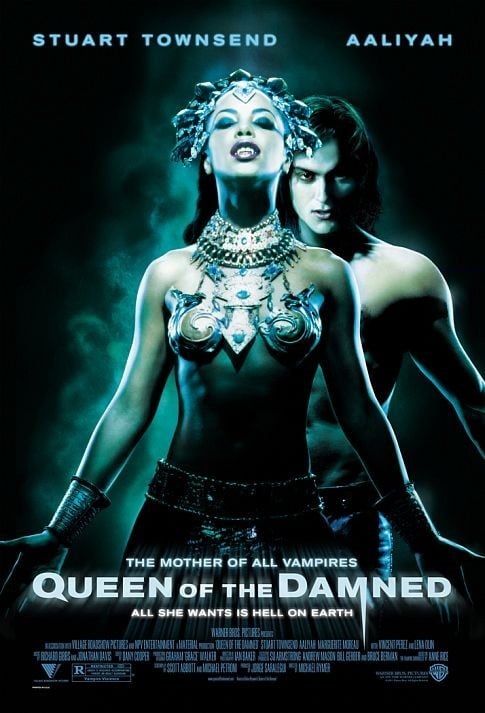 Queen of the Damned – While I am not a huge Ann Rice fan, I am a fan of the movies made from her books. It was a close call between this and Interview with a Vampire as to which made the list, but this one won out because it doesn’t have Tom Cruise. Plus, I have a soft spot for violins. 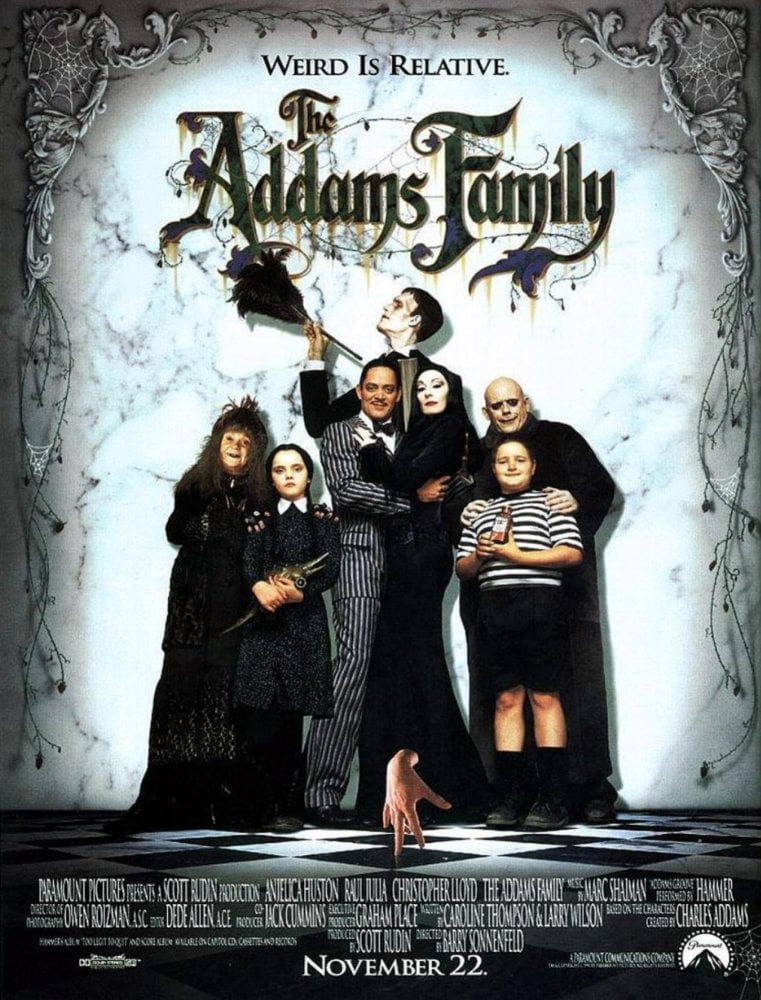 The Addams Family – Probably my favorite dysfunctional family of all time, and man, do they know how to throw a great party. Not to mention Angelica Huston’s costume and make up #goals. 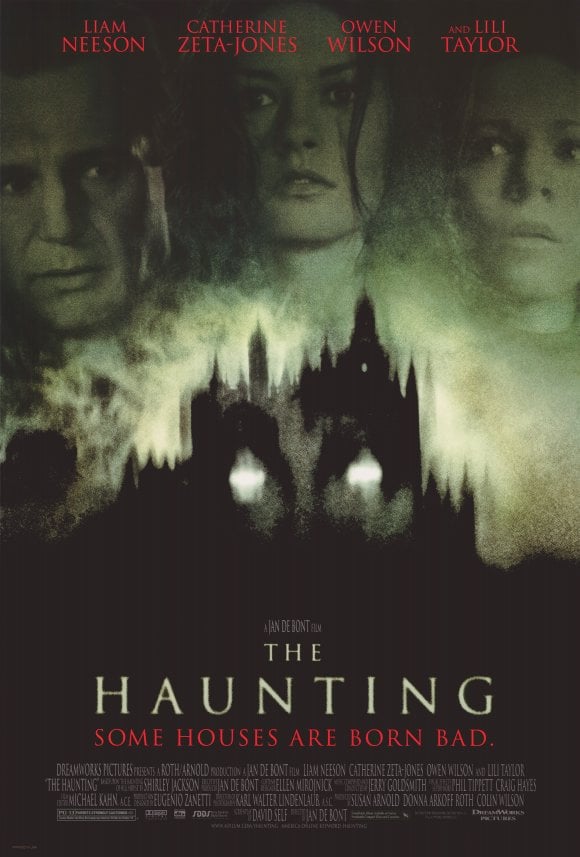 The Haunting – Pair chronic insomniacs with paranormal happenings and it isn’t surprising when this experiment goes off the rails. But you know what, I don’t care if it’s haunted by a murdering old creeper and the souls of lost children, the house in this movie is EVERYTHING. I want it, I was deeply disappointed that it was only a set, and I am incredibly jealous of the actors who got to work in it. 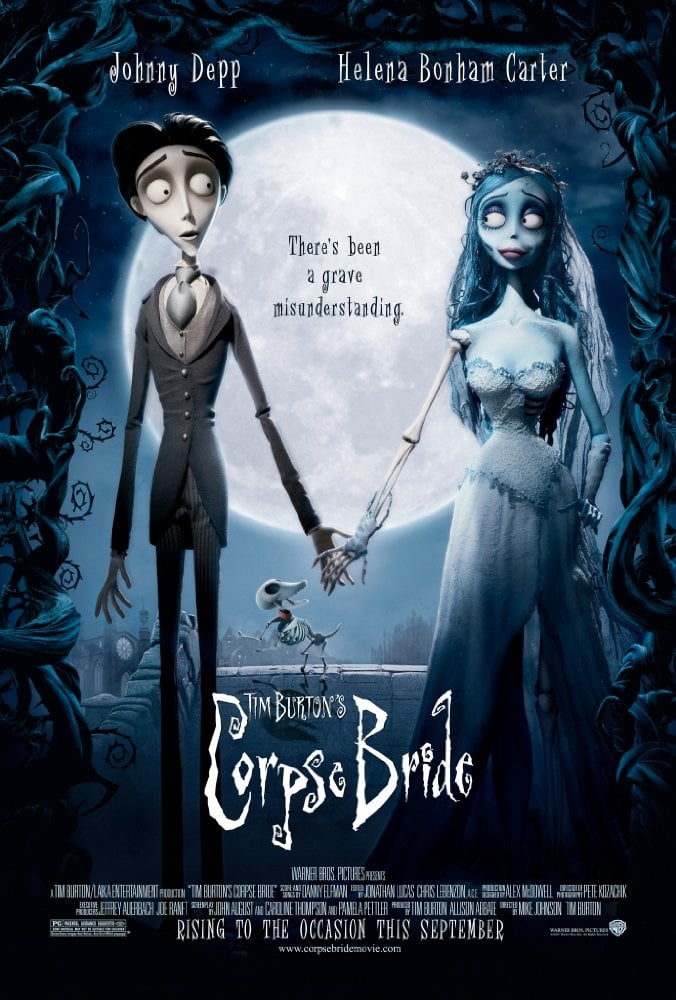 Corpse Bride – If you’ve ever worried about things being dull after your dead, this movie shows us, that if anything, it’s when the party really gets started. Also, a cautionary tale against jumping into marriage with someone you barely know and practicing your wedding vows with items that are only seemingly inert. I am a Tim Burton fan, and like his other movies, there is a zany whimsical quality to the worlds created that one finds almost more enjoyable than the story line itself. 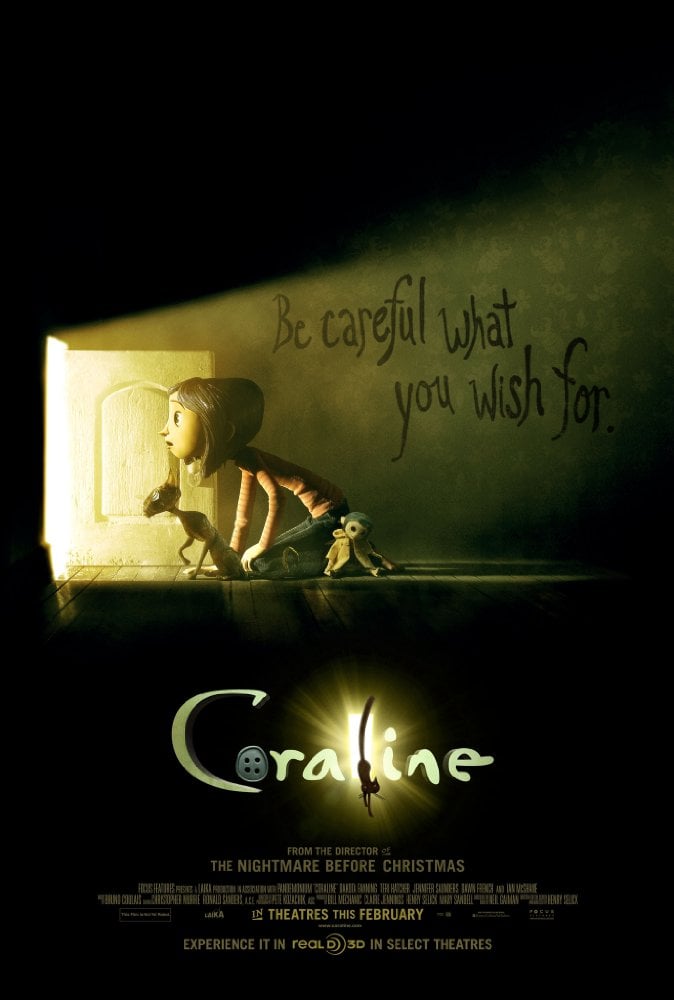 Coraline – Talking cats and parallel universes where everything is exactly the way you want it? Sounds amazing, right? But is it everything you’ve ever dreamed of or is it too good to be true? Throw in a creepy spider lady and some button eyes and you have an animated tale that is entertaining, but still creeps me out even as an adult. 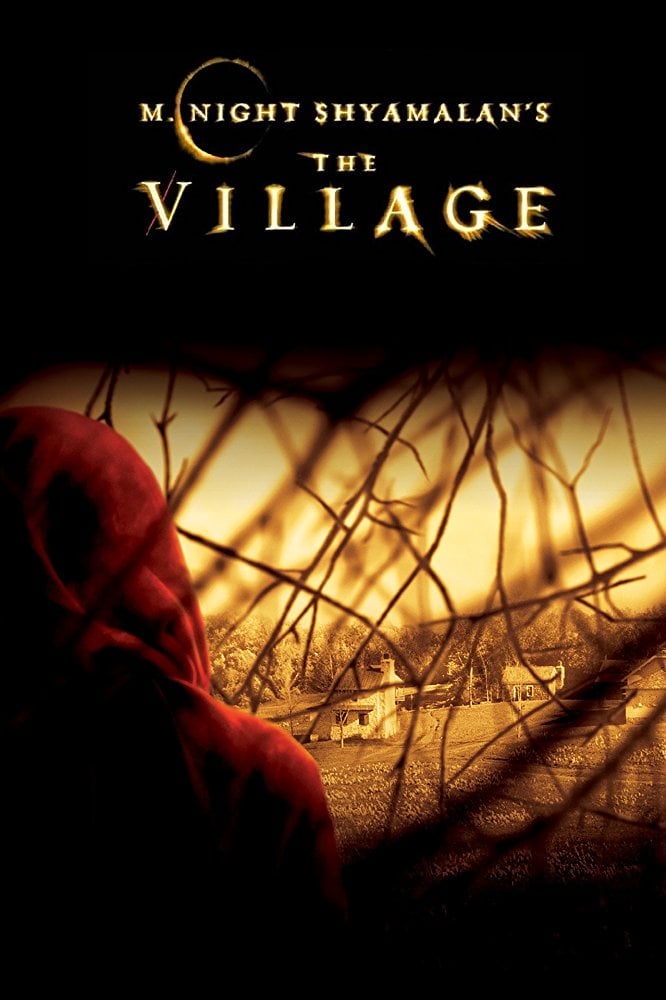 The Village – Being blind doesn’t keep you from being a bad-ass. Ivy walker lives a full life and is an intricate part of her small secluded community, and when the life of the man she loves is in danger, guess who womans up and sets off into the woods by herself? That’s right, the blind chick. Even after being abandoned by her guide, Ivy bravely navigates the forest with it’s dangerous inhabitants to bring back the medicine that can save her guy. Of course, there are some twists thrown in along the way in true M. Night Shyamalan fashion. 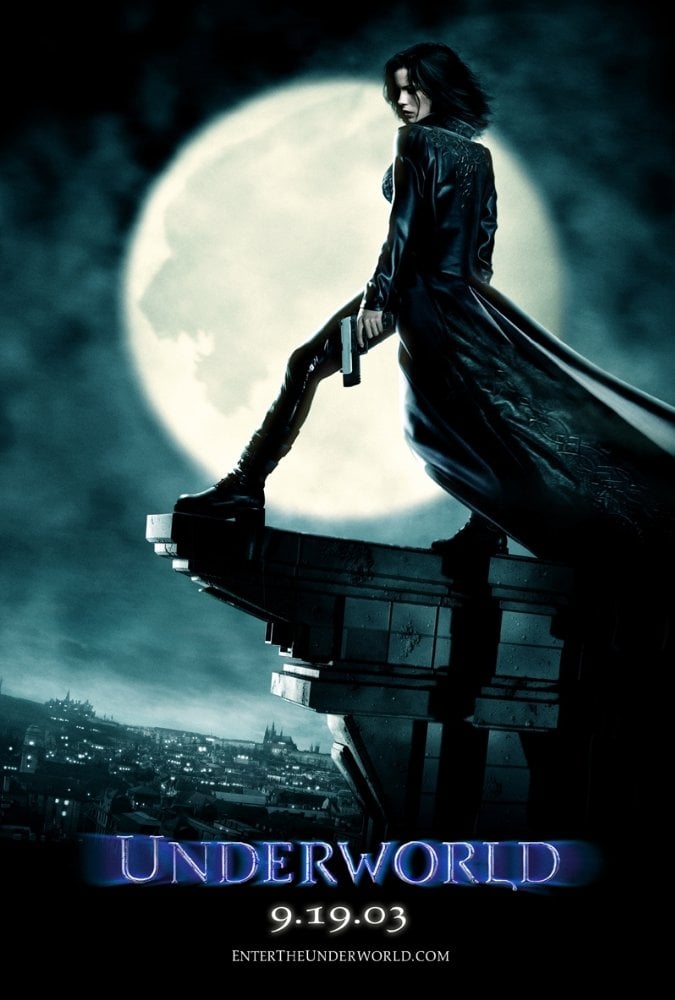 Underworld – Vampires, werewolves, and secret plots, oh my! Kate Beckinsale plays the gun toting boot stomping vampire warrior Selene, who finds herself tangled up in a centuries old feud and a conflict which will force her to question everything she knows. Throw in Michael, a dreamy detective who is inexplicably caught up in the supernatural happenings, and it isn’t long before things get interesting and bloody.

All Images from IMDB