Through the grapevine, I recently learned that another tea shop had opened up in Tallahassee. Being a big fan of the beverage, I quickly did some research and, to my delight, discovered that this tea shop was delightfully retro in decor and offered something that made my little tea loving heart go pitter patter, tea flights. This past Sunday, Andy and I waited for a break in the rain and then headed there to procure beverages and tasty treats. 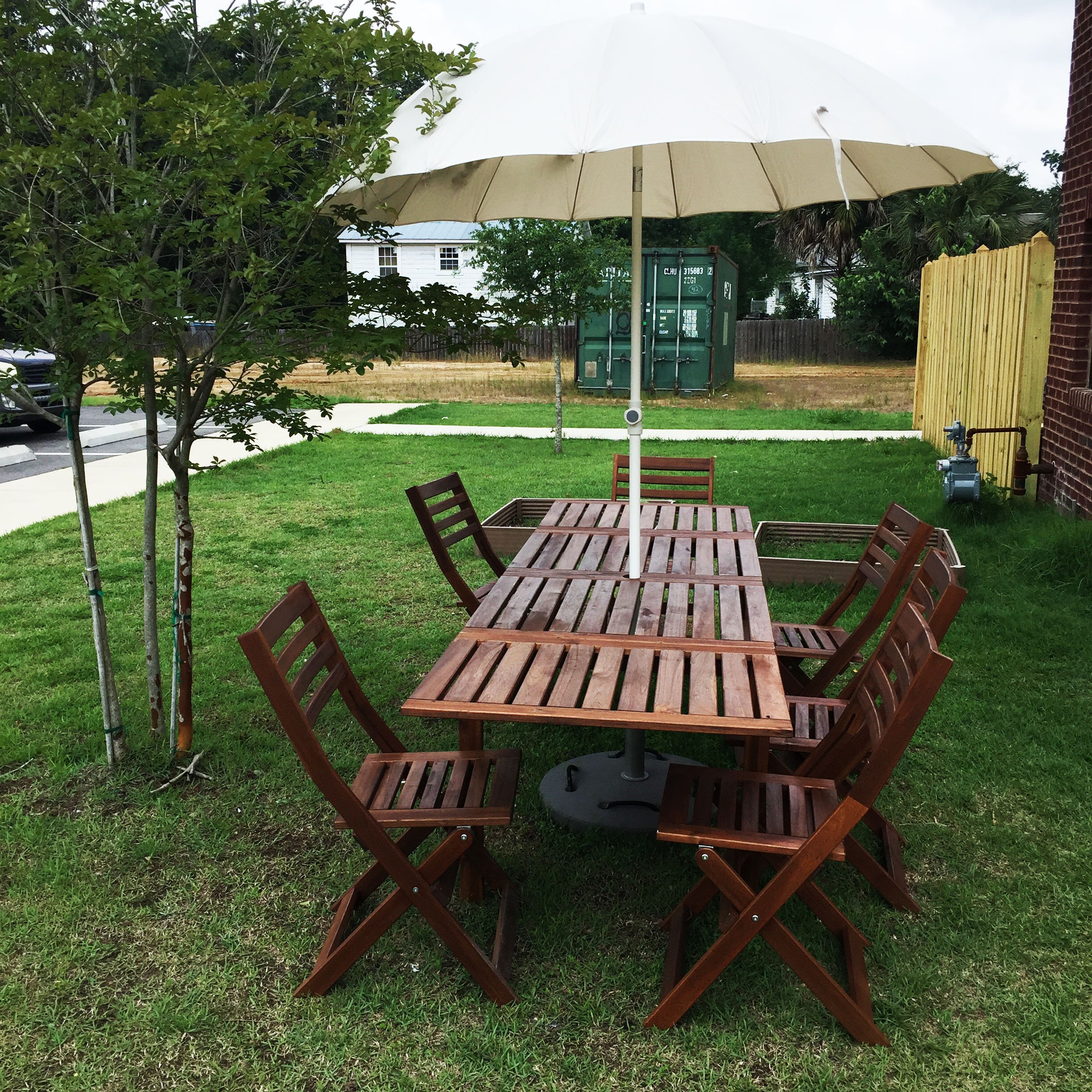 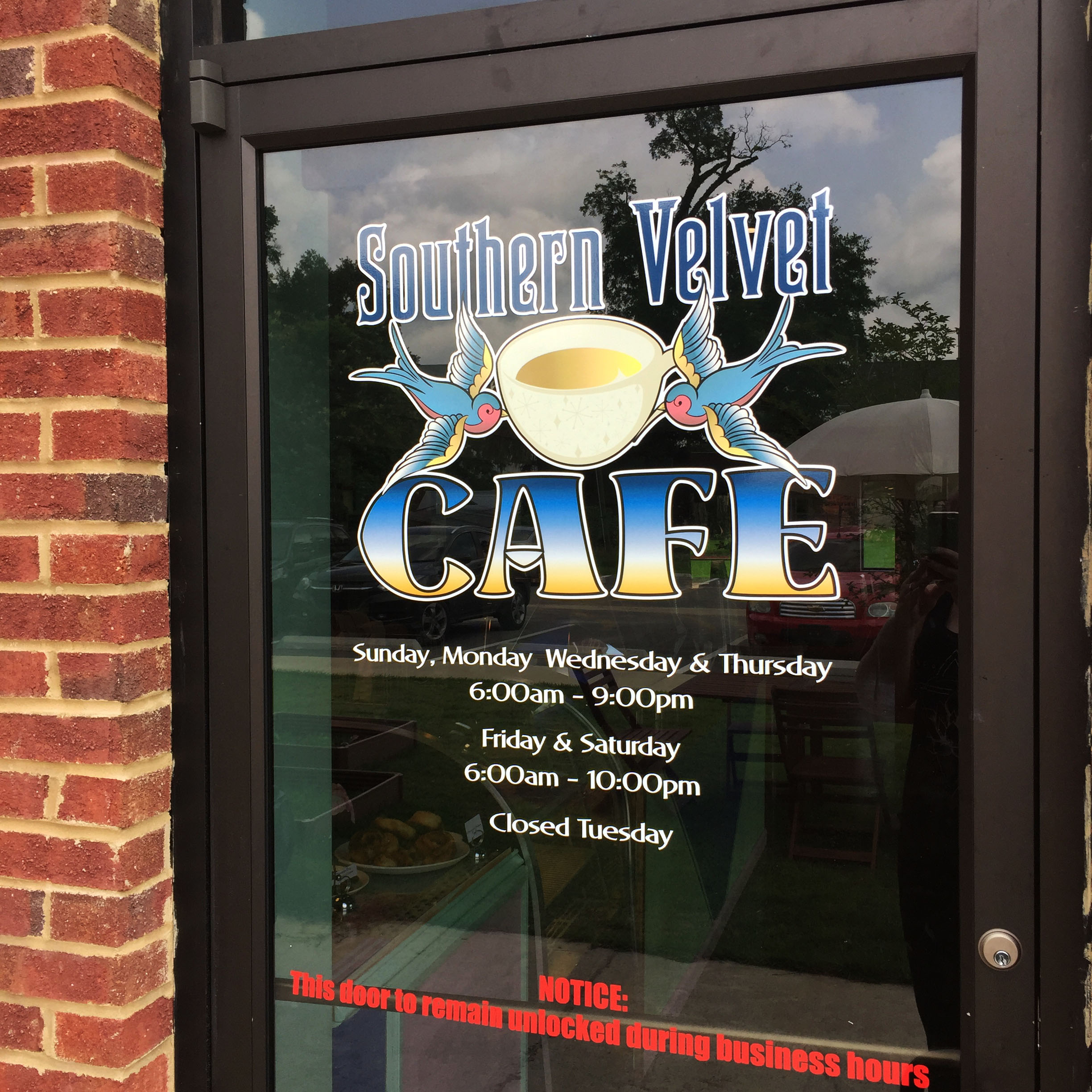 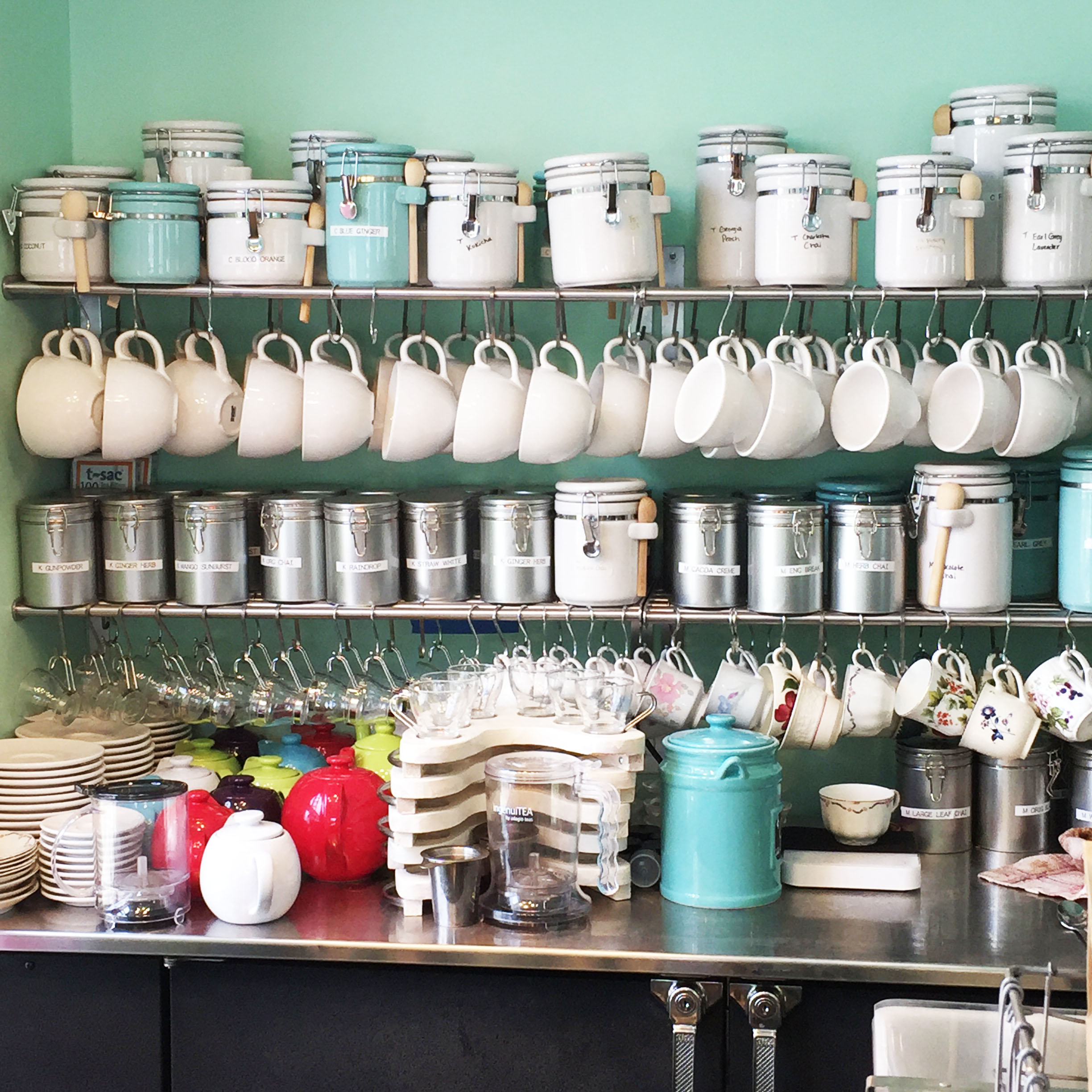 They had me the moment I saw those tiny vanilla cheesecakes with the lacy doilies. 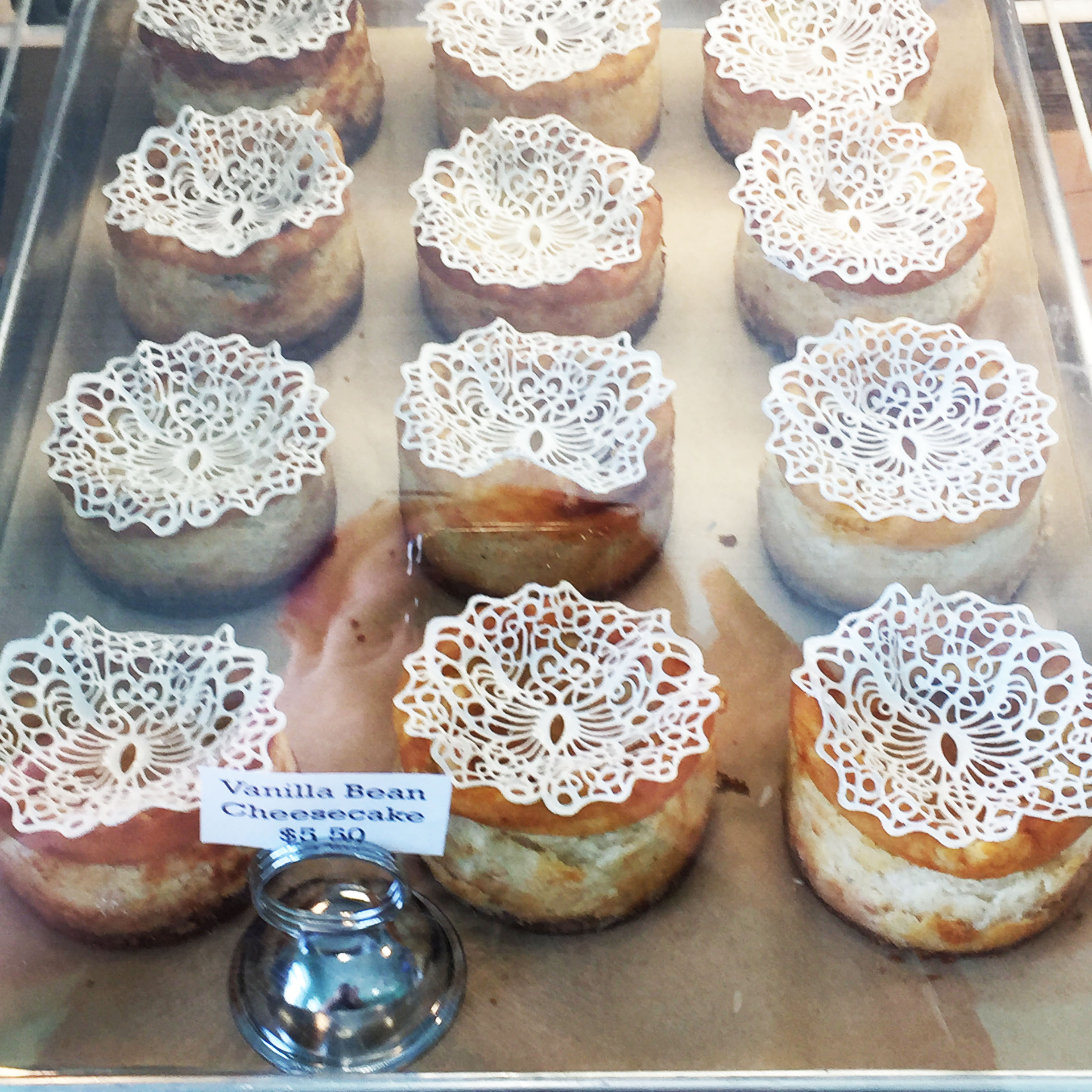 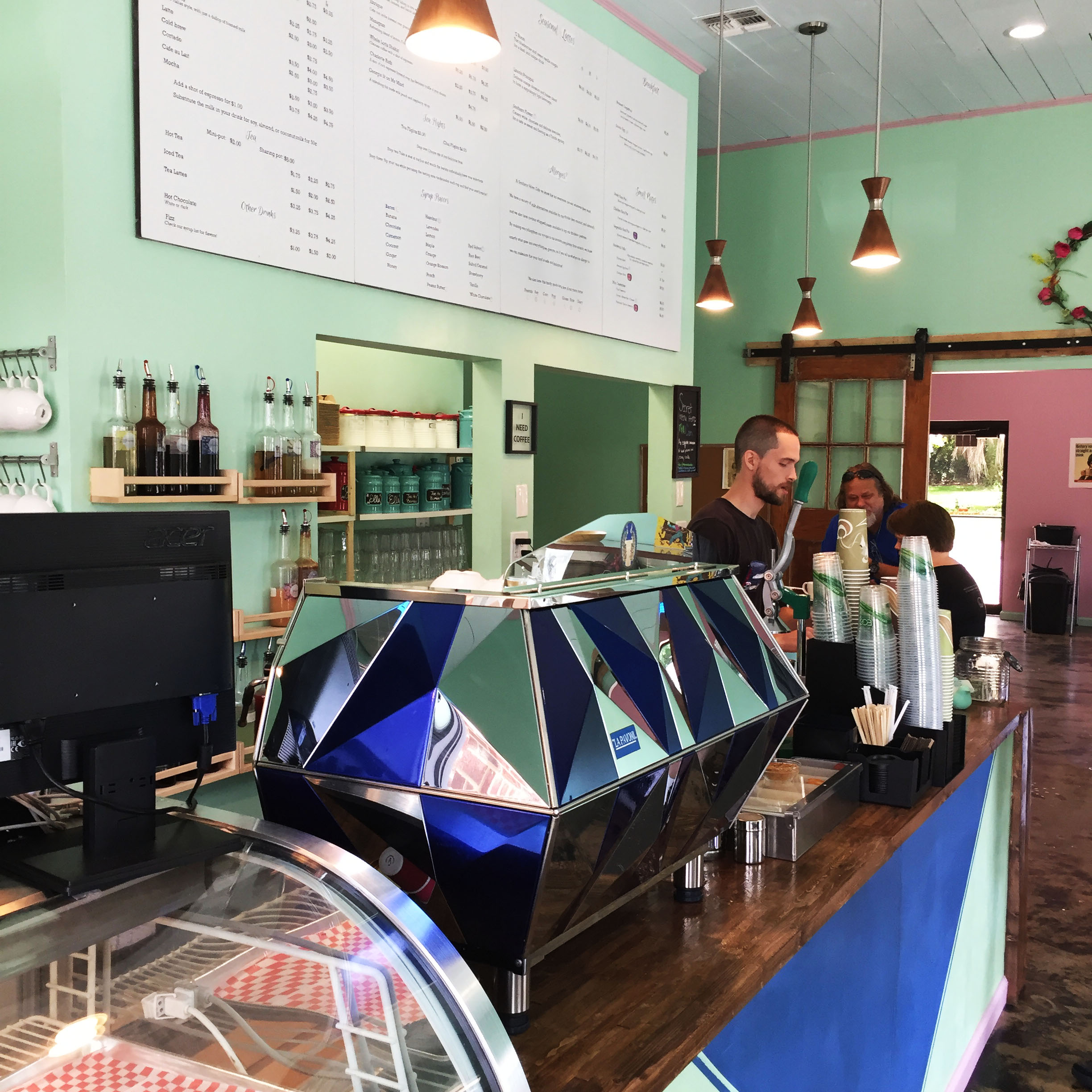 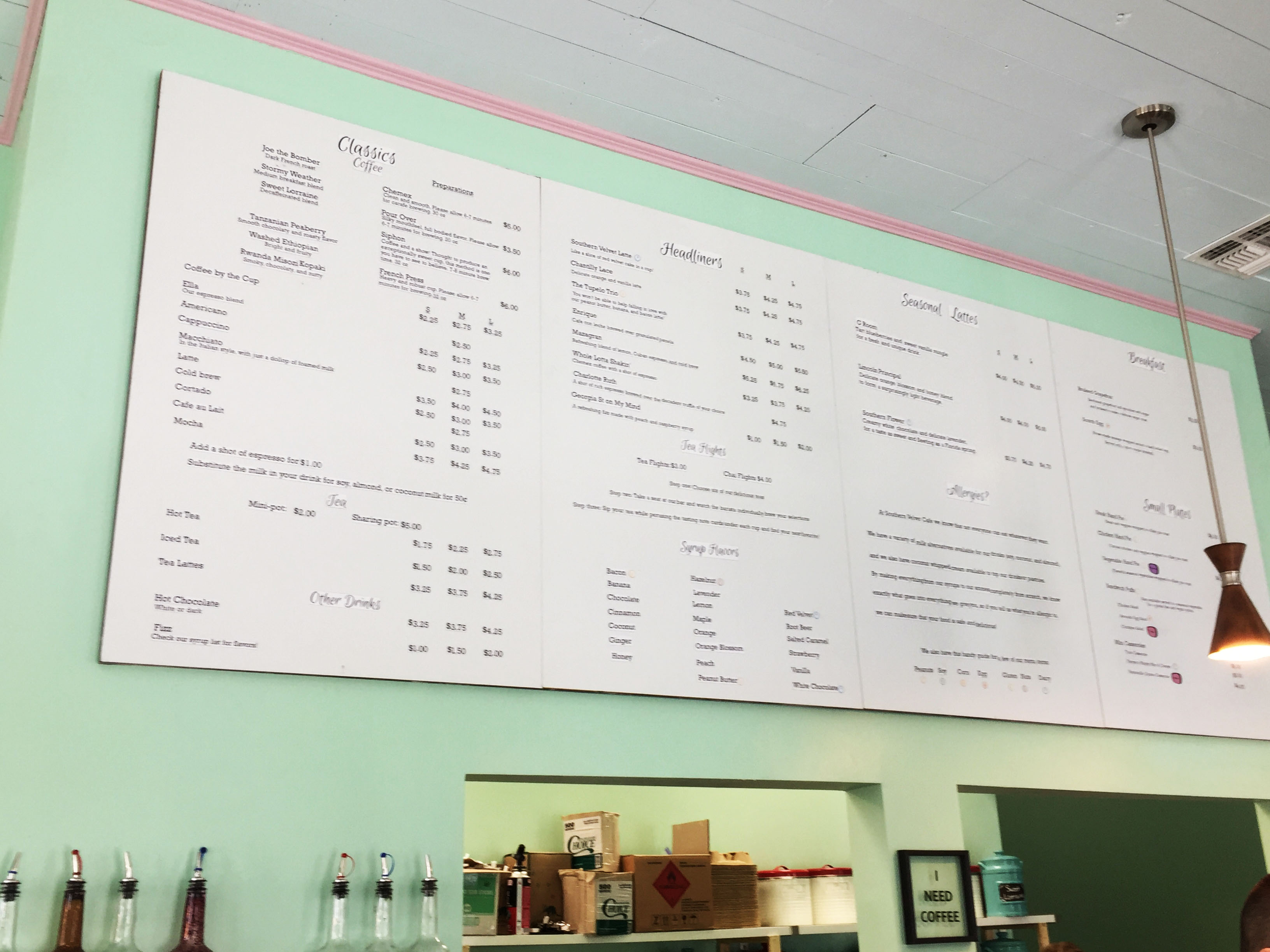 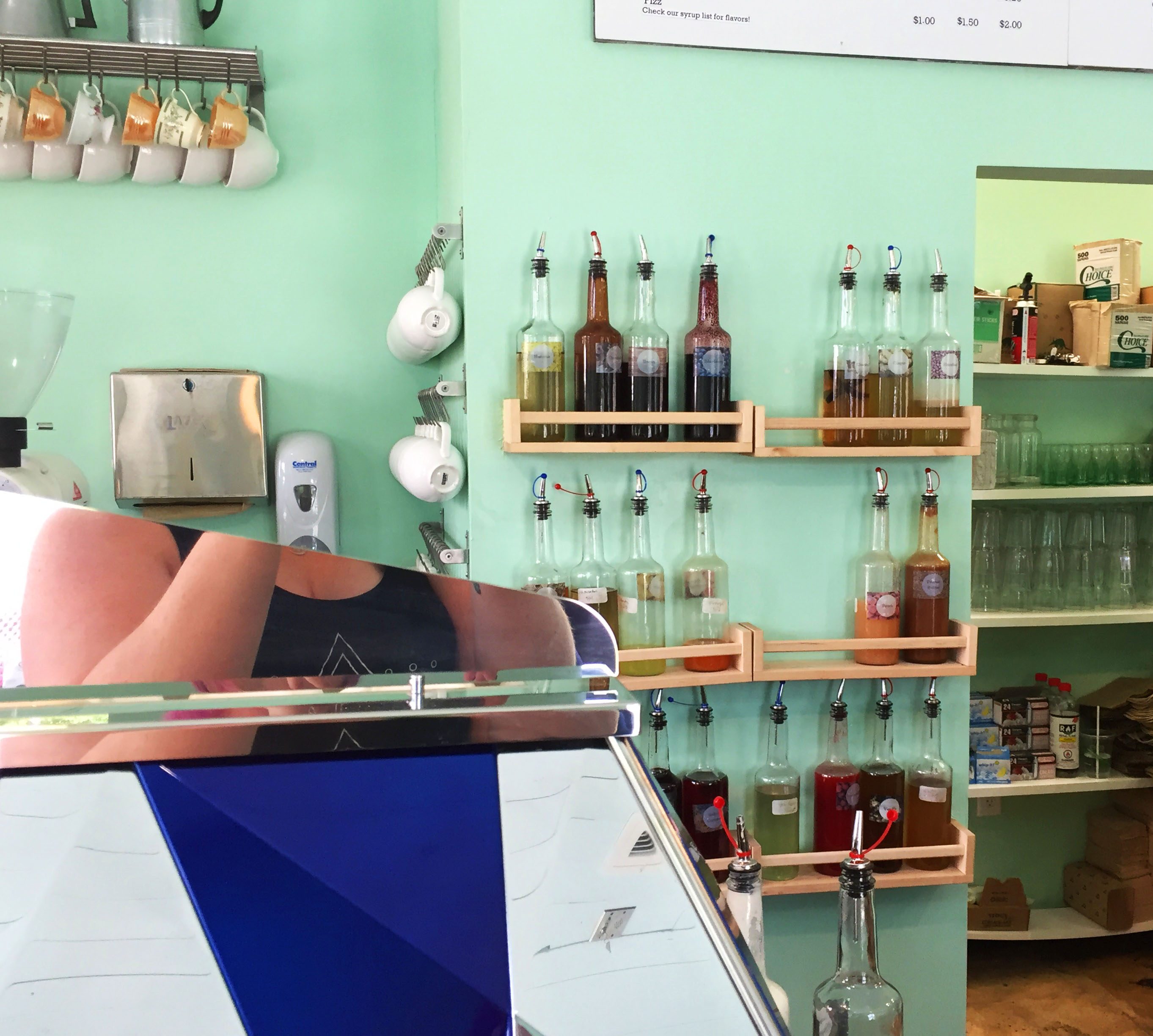 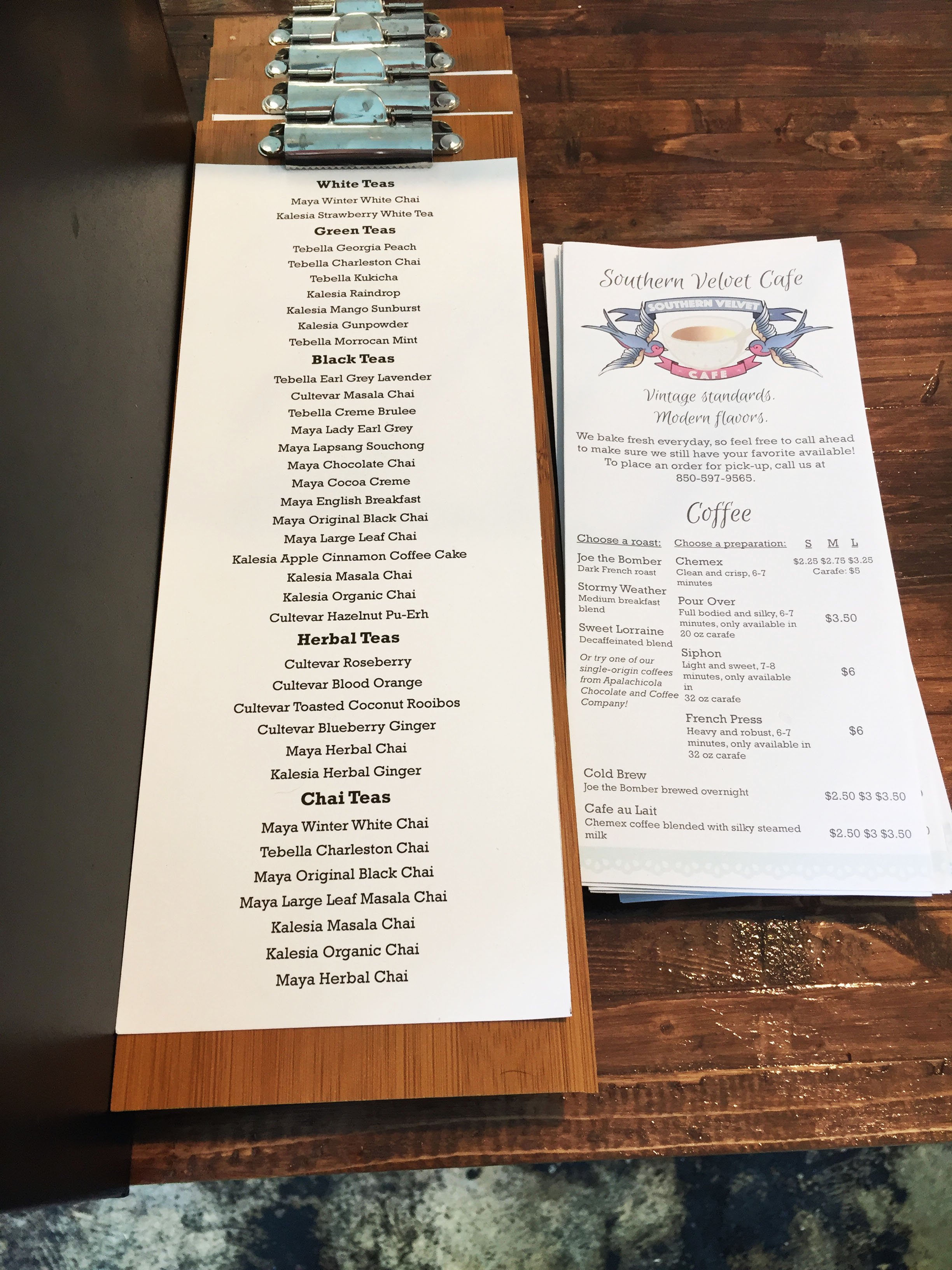 The front room, where you order, was nicely cozy, but it was also full of people so I didn’t want to take any photos. The dining area was open and airy, with soft pink walls and funky vintage accents. They also had a kid’s corner which I thought was great; a lot of my friends have kids, and it’s nice to have a place to meet up where they would be able to play and hang out while the grown ups catch up. 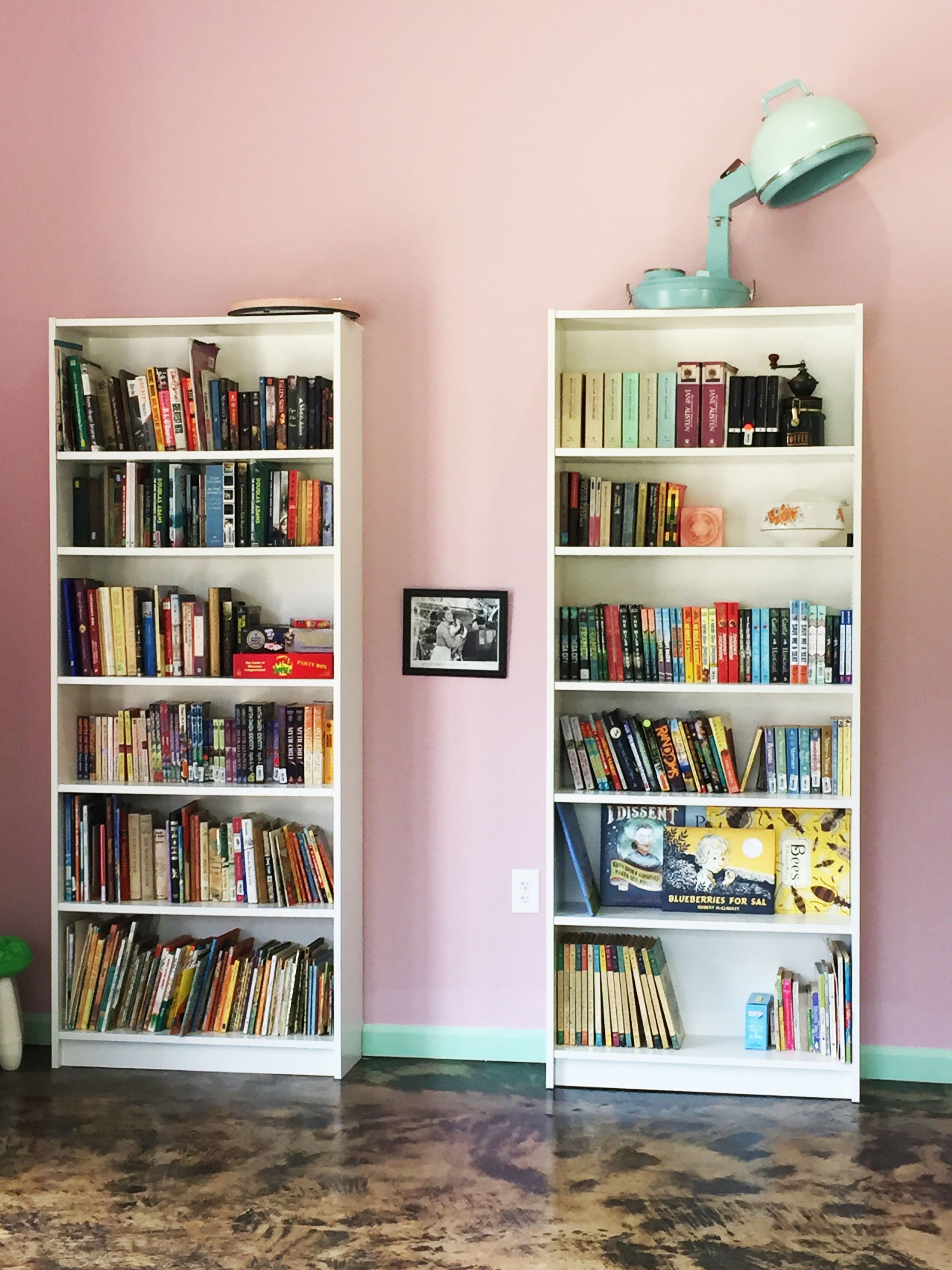 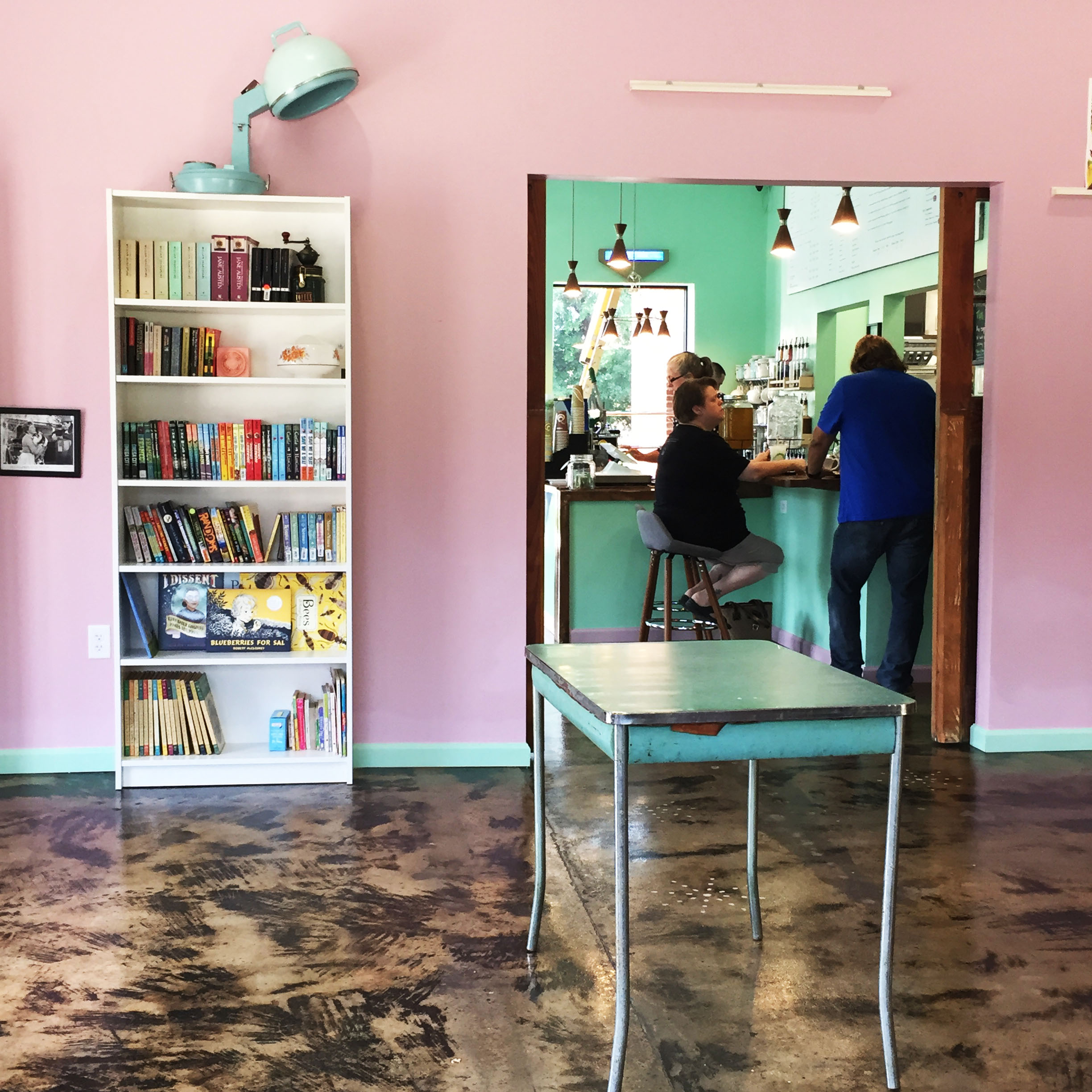 Since we were visiting in that magical time between breakfast and lunch, we decided to indulge in something savory. I went for the veggie hand pie and Andy opted for the sandwich puffs filled with their vegan chickpea salad and avocado egg salad respectively. Since we did what we always do, which is go half-sies, I can confidently say that it was all delicious and I’d order any of these items again, although he and I both agreed that the chickpea salad was the winner as far as best flavor goes. We also took one of their cinnamon rolls to go, we tried it later that evening, and Andy was over the moon. His biggest complaint about most cinnamon rolls is that there is never enough spice and the roll is just over sweet, but these guys nailed it. Plenty of cinnamon and just a touch of cardamom, and I had one very happy husband. 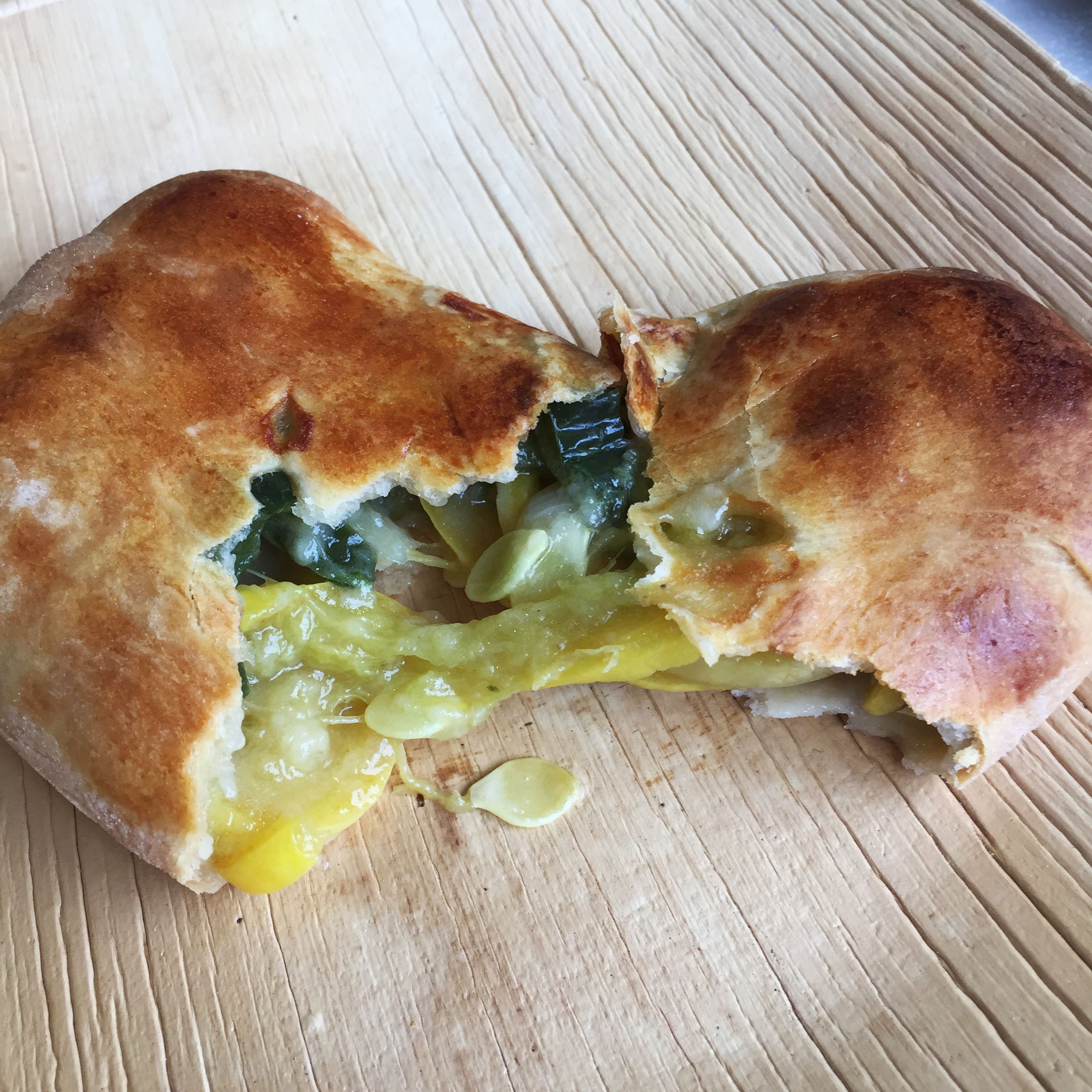 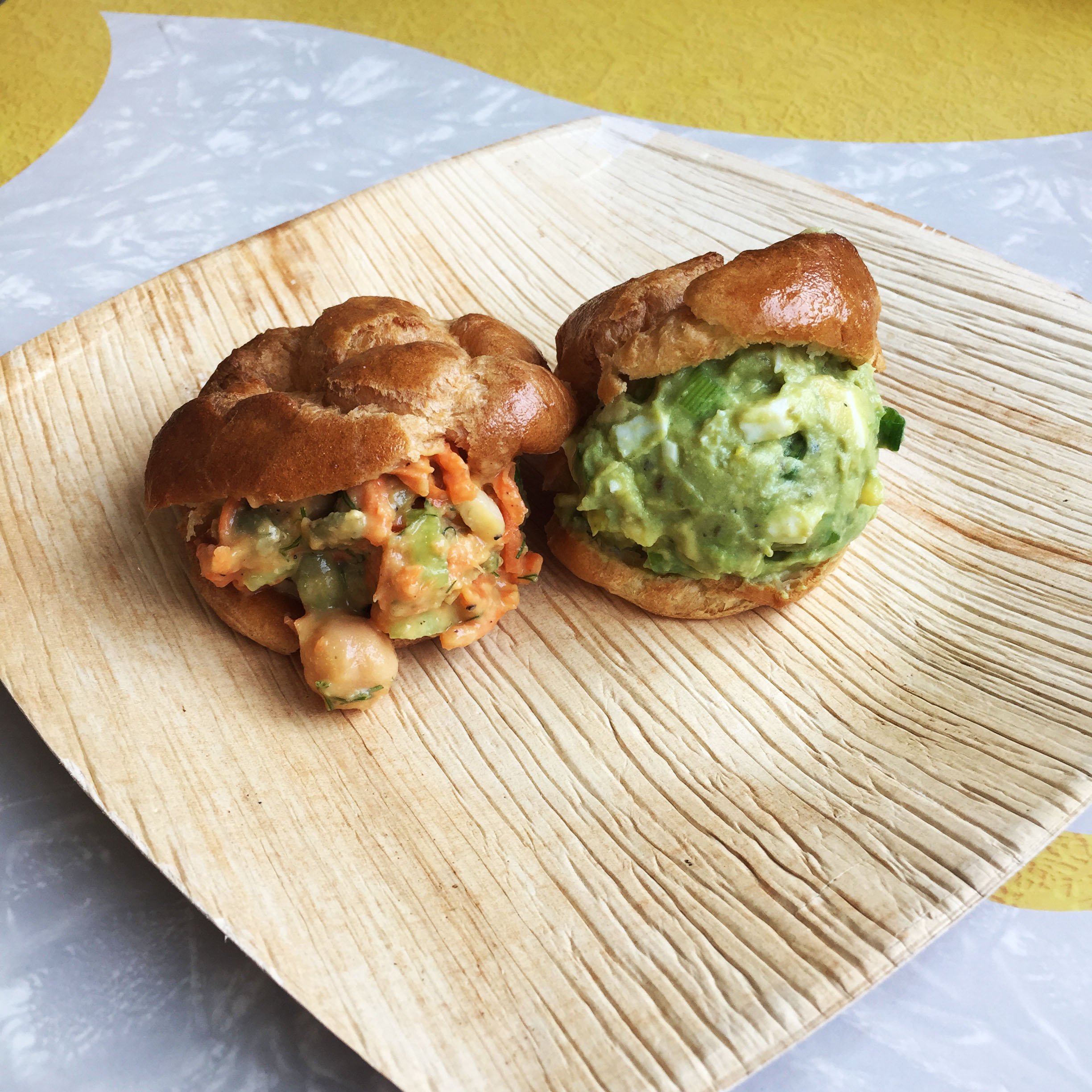 So how was the tea? You know, the thing that inspired our visit in the first place? Since Andy was such a good sport about this excursion, I decided that we should go for the “Chai Flight” since I don’t ever think he’s met a chai he didn’t like. It took a few minutes to put together, which is to be expected because the different blends require different “steeping” times. The tea arrived hot, but safe to drink. We took our time working our way around the delightful vintage inspired “swoosh”, sipping and sharing before deciding on our favorites and divvying up the rest for consumption. We had a wonderful time. Andy and I both love food, and we spend many of our more creative meals sharing and discussing flavor parings, things we’d like to integrate, and things that we are surprised by. This experience was tailor made for people like us. 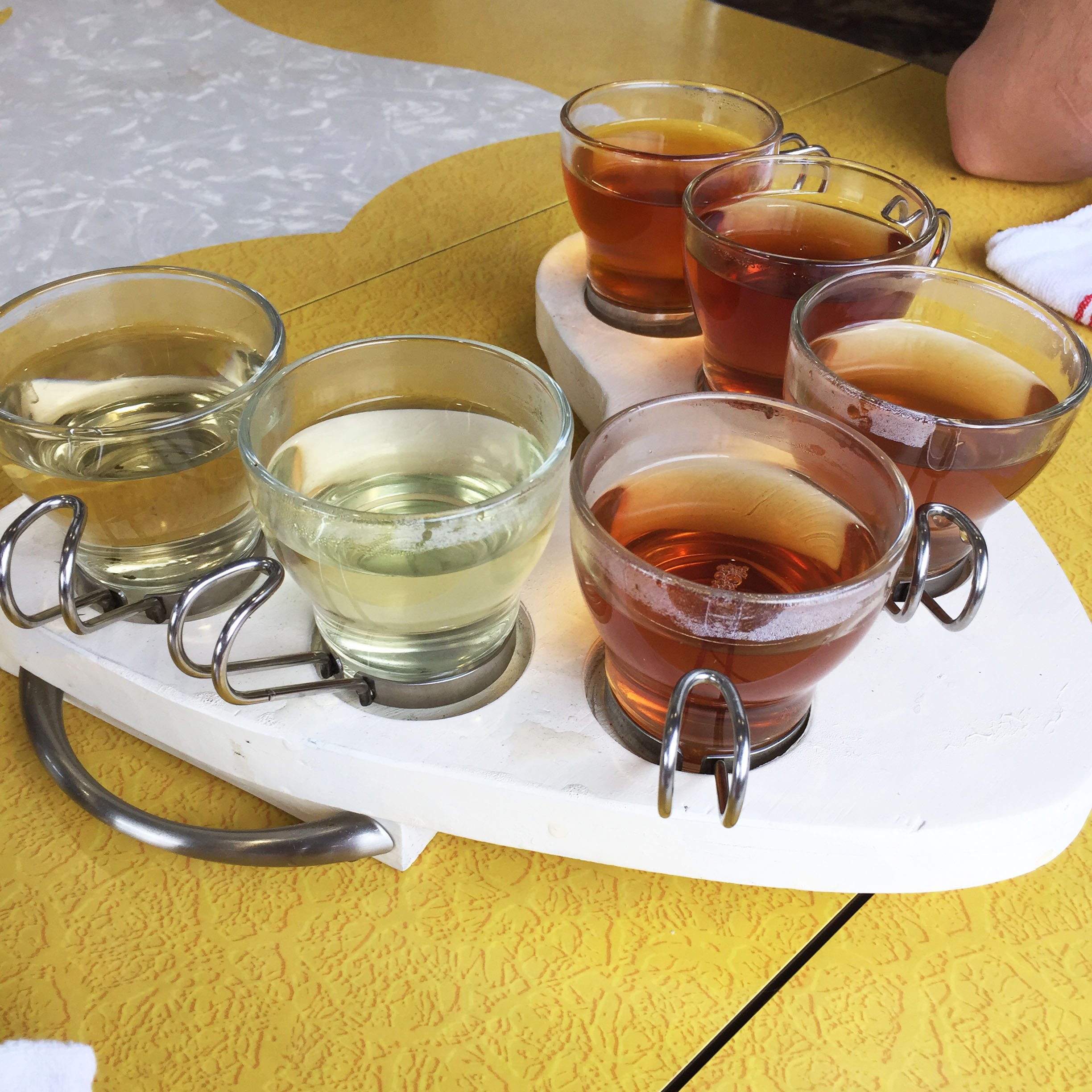 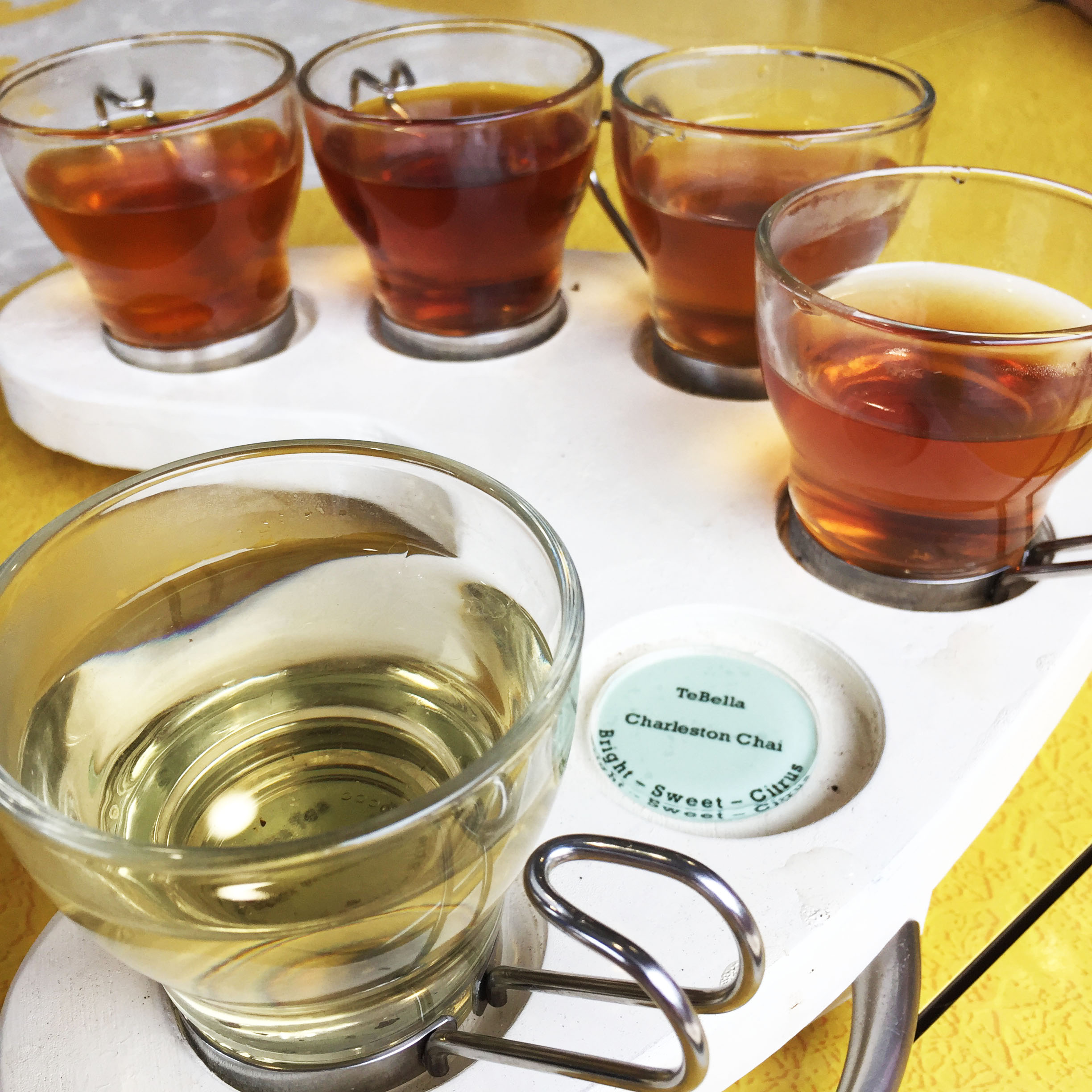 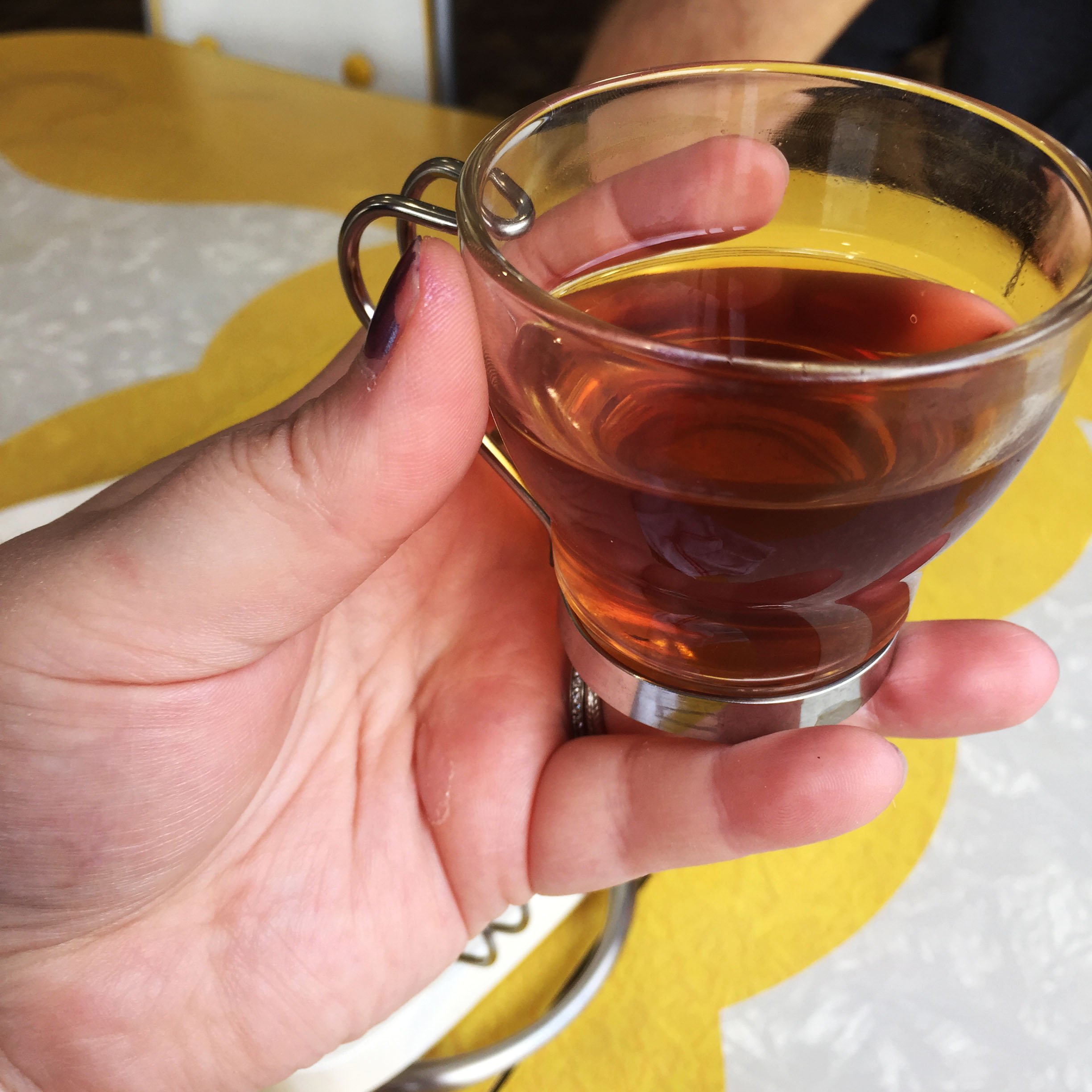 I am very excited about this new addition to Tallahassee. I already have a couple of friends who want to go tea tasting sometime soon, so I’ll be heading back across town in the very near future 🙂